5 On Your Side sports director Frank Cusumano has another set of thoughts this week. From remembering Bobby Plager, to the underwhelming Blues and Cards and more 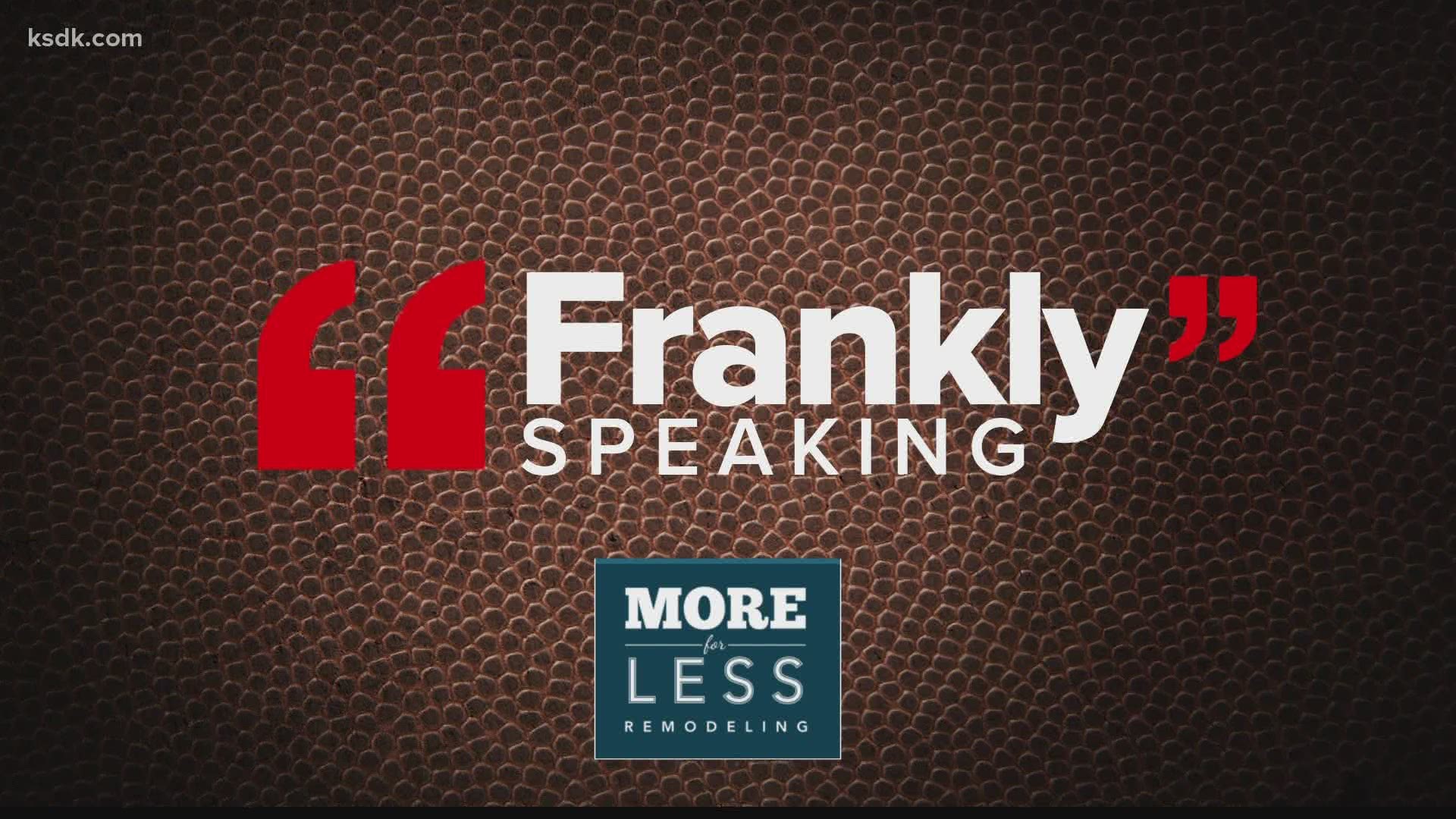 ST. LOUIS — 5 On Your Side sports director Frank Cusumano is dropping by every once in a while to share his quick hits on the St. Louis sports scene, food he's thinking about and shows he's watching. Here's the latest 'Frankly Speaking':

- Charles Glenn singing 'Wind Beneath My Wings' at the Bob Plager service was absolutely incredible. Bette Midler would have been jealous. By the way, Lou Rawls does the best rendition of that song. Go to the Blues website and you will be moved.

- What moved me the most Sunday was the procession down Market Street. I was concerned that there were not going to be many people there. However, right after the private ceremony ended, the streets started to fill up. I was watching from my office at KSDK. I went outside and saw an elderly couple. They each had a stick and they were tapping the street as the cars drove past them. There were others doing the same the thing, but this woman had tears streaming down her face. Bobby touched a lot of lives.

- Another Cardinals thought: 15 games played and one quality start by Jack Flaherty. This can’t be sustained. The offense has scored 3 runs or less in 7 of the 15 games. There is your story. You have a below average starting staff and a below average offense right now. Plenty of time to turn this around.

- I only have one NBA dream this season. I want Brad Beal to win a scoring title. No St. Louis product has ever done that. Beal looked like he was a lead pipe synch to win the title. Then Steph Curry has gone crazy. He had 47 points over the weekend. It’s really close now. Beal is at 31.0 per game. Curry is at 30.7. Come on Brad.

- Randy Arozarena is hitting 246 with a 317 on base percentage and a 703 OPS. He has two homers. Let’s say he is not Juan Soto after all and Matthew Liberatore turns into Jerry Reuss. Trades can’t be evaluated for years. However, I would still take him in this outfield right now.

- Brett Favre caught a lot of heat for saying that sports were better without politics. He did not take a political stand. Do you think if you got all 4 commissioners in an empty room and asked them would your sport be more popular today in America if there were no politics at all, they would all say yes?

- Every time I look at a pitcher in his 30’s who has not had Tommy John surgery or shoulder surgery, I wonder how and why. How could you throw a baseball that hard that long and not damage either your elbow or your shoulder? I asked Bruce Sutter about 10 years ago what his arm was like. He said he could throw a baseball about 10 feet.

- I wish I knew what was the most hip? Twitter, Instagram, Facebook or others. Twitter is definitely the best for sports. I think men 40 and over should exercise some restraint on social media. In fact, if I wasn’t in the media, I likely wouldn’t be doing any social media. Who cares what I had for dinner? Unless of course, I am recommending a great restaurant. Love the Cheese Burgers at the Country Club.

- We are really excited about this week's Sports Plus. Chris Pronger is awesome. Next week our special guest is Peter Edward Rose.