Opinion: Game 6 replay stirs the emotions of Cardinals fans, restoring the magic of a classic

Thursday should have been Opening Day. Instead, Cardinals fans got to revisit a classic thanks to Major League Baseball's Facebook page 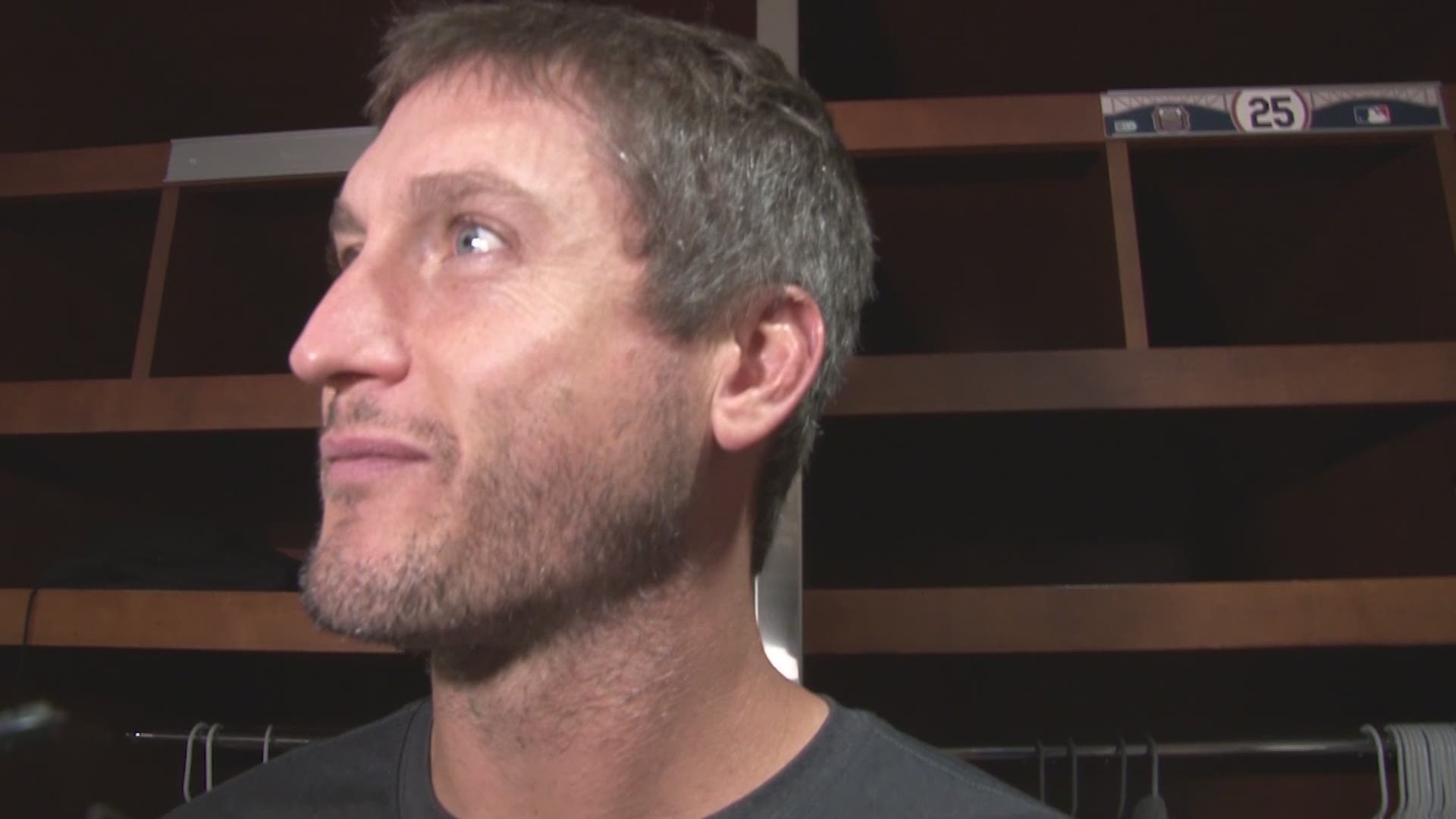 ST. LOUIS — Thursday was supposed to be Opening Day for the St. Louis Cardinals. What fans got instead was a rekindling of the magic of Game 6 from the 2011 World Series.

I have a good feeling the majority aren't that mad about the exchange, at least not right now. MLB's Facebook page re-aired the entire game, without commercials but with the same amount of chills and thrills. While the 2020 regular season is on hold due to the pandemic, fans got to revisit one of the greatest games in Major League, not just Cardinal, history.

It's like turning on that favorite song. The extra-long concert track that you have memorized all of the crescendos to yet still cast a huge smile upon revisiting. The series was leaning in the Texas Rangers' direction, 3-2 with Game 6 at Busch Stadium. The Cardinals had lost all the momentum in the series after a disappointing trip down south.

The three home run game from Albert Pujols was a distant memory by first pitch, but the Rangers did their best to make quick work of the Cardinals on that October night a little over 8 years ago. The project failed. The big lead vanished. The next lead vanished as well. The Cardinals kept coming back. Joe Buck's immortal words, "they just won't go away," ring like church bells through even the most hollowed walls at Busch Stadium.

The Washington Post said it best the next day. "The Texas Rangers were finding out Thursday night, in Game 6 of the World Series, what the entire National League found out in September, what the Philadelphia Phillies and Milwaukee Brewers found out in October: You cannot kill the St. Louis Cardinals. If they are down to their last game, they will win it," via sports columnist, Dave Sheinin.

That's about it. Like their MVP, Mr. Pujols, the Cardinals had become a machine late in 2011, with many teams and players finding out just how hard that wall was and how impossible it was to bring down.

Still, looking back, the Rangers were at the checkout counter many times and their card kept getting declined. In the bottom of the ninth inning, they were up 7-5 and Neftali Feliz was facing David Freese. Two on, two out, and the chapter just about closed. Freese fought off tough pitches, worked the count, and kept seeing pitches. Feliz threw him an outside pitch with some slice to it, and Freese deposited over the head off Nelson Cruz and off the right field wall.

It's important to remember that with a more competent right fielder, the game is over. Cruz goes back on that liner and grabs it. But he was more of a designated hitter type trying to fool National League parks. He was simply outed on that Freese hit. That's like asking Matt Holliday, all the respect in the world included, to make that play.

Freese slides into third and claps the hand, having chased home Pujols and Lance Berkman. In that moment, Freese must have felt invincible. Like go to a gas station and nail the Powerball in one try kind of ruthless. A man tormented by depression and anxiety was clear in that moment. Freese was suddenly a hometown hero. But it wasn't over yet.

Josh Hamilton launched a two-run home run off Jason Motte, giving the Rangers another lead. But they swiped that World Series card and it was declined again, this time by a group of Redbird hackers. They ambushed Darren Oliver and Scott Feldman, with Jon Jay scoring on a Berkman bloop single. Tied up again, the Cardinals wouldn't die.

You know the rest. Freese goes up 3-0 in the count, takes something and then launches something else to center field. The ball lands on the lawn and in one moment, Freese goes from hero to legend. His arm raised in the air just a hair above the top height leap distance of Gerald Laird at home plate, his legacy was cemented with one swing.

And to think earlier in the game, Freese had dropped a foul ball popup. Talk about a few hours changing how history will think of you.

Cardinals win and do so again the next night. Chris Carpenter on short rest, more Freese production, and Allen Craig clutchness at work.

It's easy to slip back into that night's uniform for me. When Game 6 took place, I was in the middle of the hardest four-month period of my life. My son had just gotten home from the hospital after battling a deadly heart condition. He would go back into the hospital in a matter of weeks. After he beat that second battle, my grandmother suddenly passed away after a freak accident on Christmas Eve. Game 6 is the diamond in the rough for me, but a diamond is a diamond all the same.

As I watched the rebroadcast on MLB's Facebook page Thursday afternoon, I asked my son to come watch the Freese home run with me. He obliged. We watched it and something just hit me. Baseball shapes lives. It grows in strength when multiple generations, most notably younger generations, can latch onto the sport via a single moment. Watching it with my son, I went right back to that memory time capsule and felt it all again.

Thursday should have been day one of the 2020 season. Instead, it was a return to paradise for Cardinals fans. A week from now, Cardinal Nation may demand games and become restless.

For a few hours yesterday, they felt just fine. Historical greatness can do that.

RELATED: Cardinals option Reyes, three others to triple A