'Greatest Show on Turf' lands Bruce in HOF, Holt next?

“If I had to rank duos, you definitely have to start with No. 2 for everybody else,” Bruce said about the dominance of the Rams' wide receiver tandem 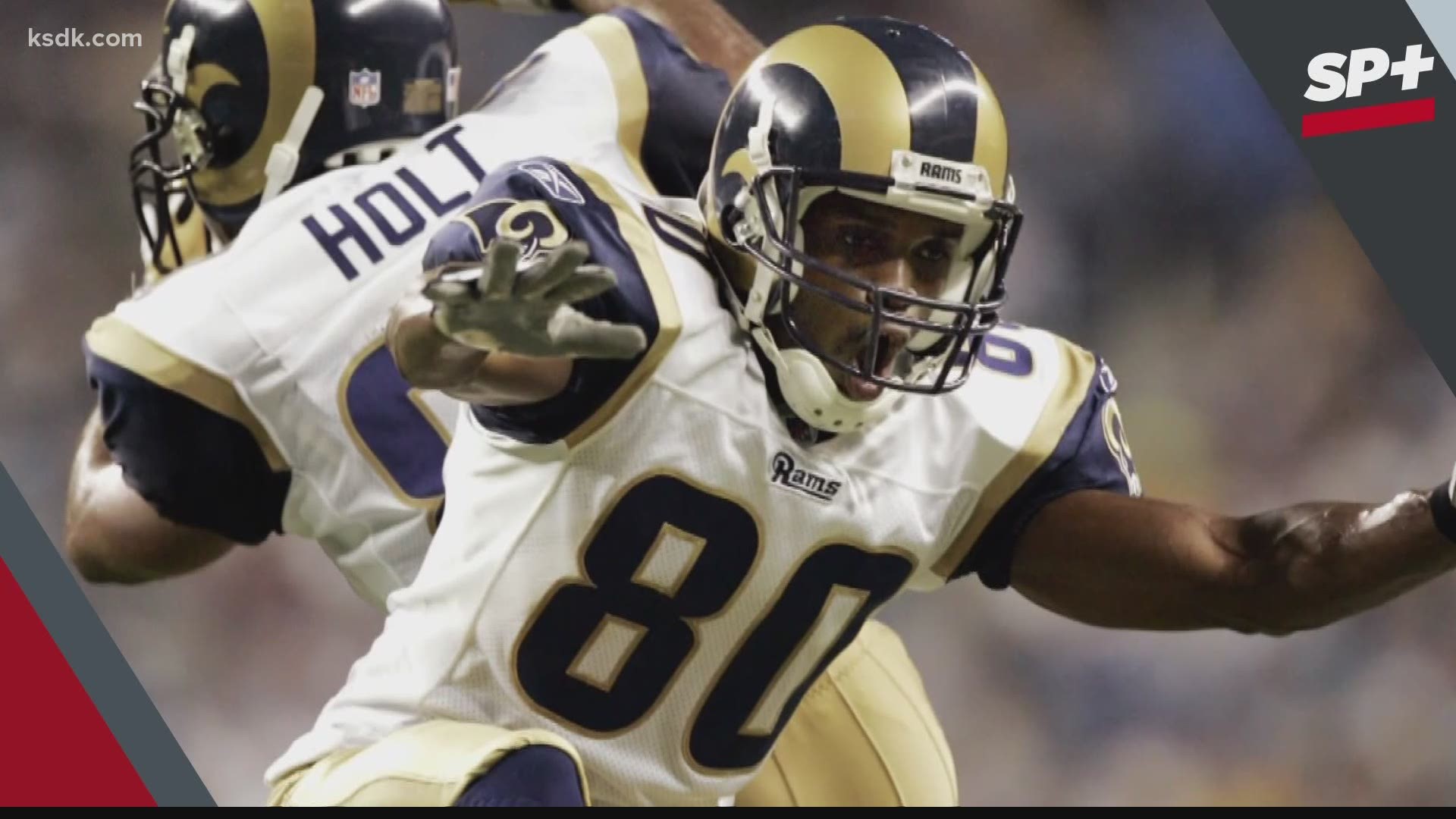 CANTON, Ohio — Isaac Bruce would love to see “The Greatest Show on Turf” playing with today’s NFL rules. No head-hunting safeties. No handsy cornerbacks. No limits to what the St. Louis Rams’ offense could do.

“We’d probably have to call off the dogs,” Bruce said.

Bruce will become the fourth member of the Rams’ high-scoring offense to be enshrined in the Pro Football Hall of Fame next month, following running back Marshall Faulk (2011), left tackle Orlando Pace (2016) and quarterback Kurt Warner (2017).

Bruce is part of the 2020 class whose entry was delayed a year because of the coronavirus pandemic. He believes fellow Rams receiver Torry Holt will join him and the others in Canton, Ohio, in the near future. Holt was a finalist each of the last two years and came up short both times.

“If I had to rank duos, you definitely have to start with No. 2 for everybody else,” Bruce said. “It may seem like a whole lot of arrogance for other people, but numbers don’t lie. Everything we put on the football field, the film that we have … you can always go back and turn it on.”

Bruce caught 1,024 passes for 15,208 yards and 91 touchdowns in 16 NFL seasons, including 14 with the Rams. He ranks 13th in league history in receptions, fifth in receiving yards and 12th in receiving scores.

Holt, meanwhile, finished his 11-year career with 920 catches for 13,382 yards and 74 TDs. He spent 10 years with the Rams, making the Pro Bowl seven times and being voted All-Pro once.

Together they helped St. Louis become the league’s most feared offense for three straight seasons (1999-2001). The Rams racked up a league-leading 37 wins in the regular season during that span and advanced to two Super Bowls, winning the first by edging Tennessee in 2000 and losing the second to New England on a last-second field goal in 2002.

Bruce feels the Rams set the groundwork – and the benchmark – for explosive offenses to follow. And they did it at a time when NFL rules favored defenses, at least compared to the protective measures in place today.

“There was a level of respect that you had to give these (defensive) guys based on that they could take your head off and it was legal,” he said. “Every hit was legal. There wasn’t a hit that wasn’t legal that these guys could deliver.”

Yet the Rams still made plays and topped 500 points three straight years.

“You put that same group of guys in this dispensation right now, I don’t think there would be a lid to it,” he added. “We’d probably have to call off the dogs. Just imagine Marshall Faulk in a slot, sling him out, move him out to receiver.

The 48-year-old Bruce grew up the 13th off 15 children in South Florida idolizing and pretending to be Miami Dolphins quarterback Dan Marino throwing to Mark Clayton and Mark Duper. After failing to get into Purdue, he landed at West Los Angeles College and then Santa Monica College before transferring to Memphis. The Rams chose him with a second-round draft pick in 1994.

“When you talk about four guys who have already been enshrined, that’s special,” he said. “It kind of makes me, as a player, upset a little bit because I felt like we left a lot on the field, left a lot on the table and could have done more.

“But as far as comparisons and as far as the duplication of what we had on the field, I think teams are still trying to duplicate it. … I definitely see a lot of our handprint, our imprint, our footprint on a lot of offenses today.”