Growing up faster than expected: How fatherhood changed local teen

"I was preparing for state wrestling, and next thing I know they’re saying I’m about to have a kid, so now I’m preparing for fatherhood," says Hansen. 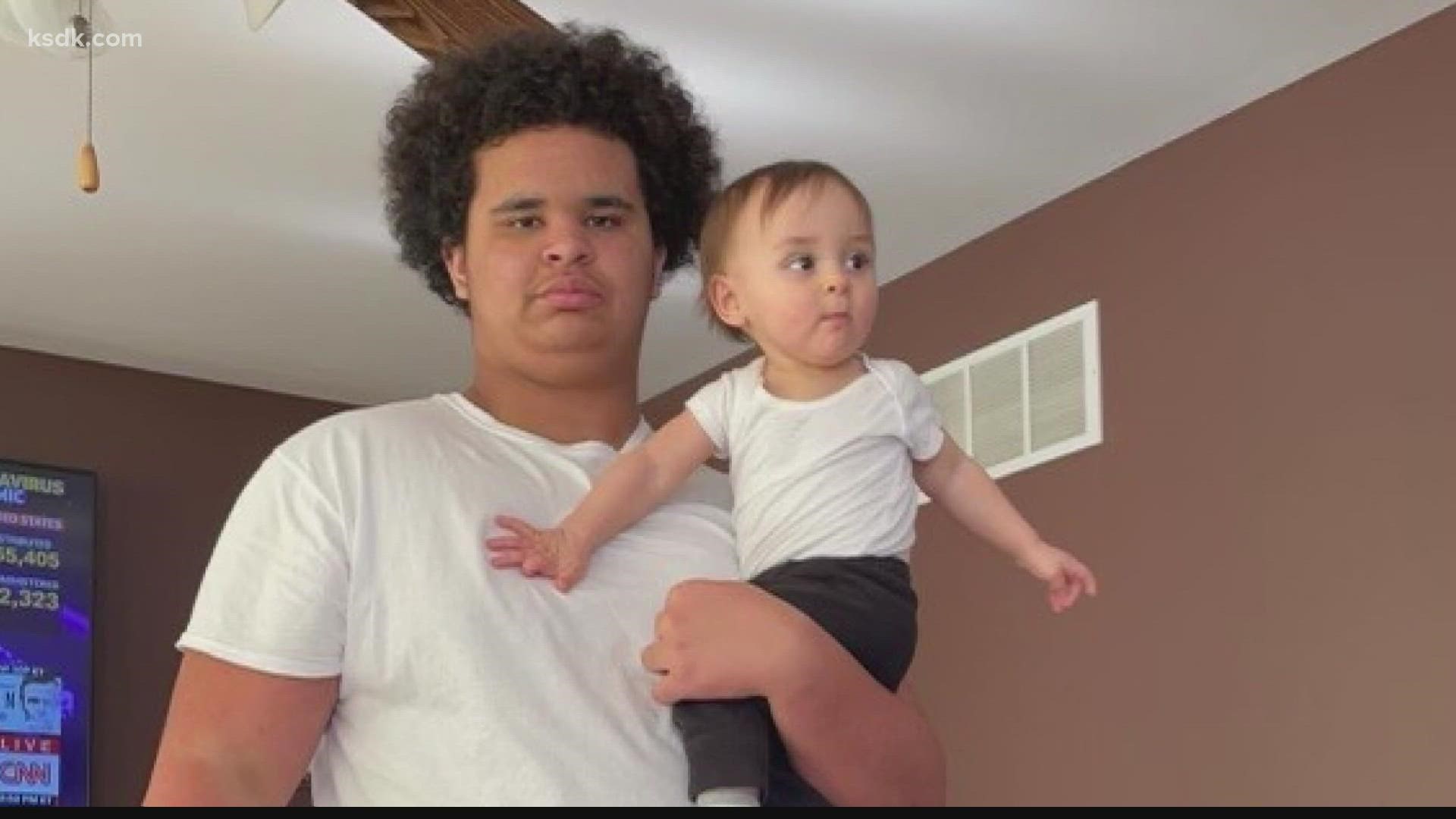 “I wish I could go to school like Iowa, or Mizzou or something and play football and get my education,” he said.

“It’s pretty hard to balance, sometimes practices run late, you still got to turn your homework in and stuff and study for your tests,” he said describing his daily routine.

Focused on achieving his dreams, Hansen would get some unexpected motivation when he was 14 years old.

“I was preparing for state wrestling, and next thing I know they’re saying I’m about to have a kid so now I’m preparing for fatherhood, it was definitely hard,” Hansen detailing the moment he realized he was about to become a teenage parent.

A kid himself, Hansen knew he had a lot to learn. So, head coach Byron Gettis traded in X’s and O’s for life lessons.

“I knew that I had to mentor him, talk to him about life in general not about football all the time,” Gettis said.

Coach Gettis said being a good football player is one thing, but being a good father is key to life, and Hansen’s girlfriend says he gets a 10 out of 10.

“He handles it really well and does everything he needs to do and doesn’t ever complain about it,” Hailey Bernreuter said while holding their son Abel.

Surrounded by loving families, Hansen said this was his biggest blessing and that he hopes his son can learn one thing from his journey.