He created a business to give St. Louis athletes a platform, now he's afraid they will miss out on scholarships

Without sports, high school athletes are missing out on opportunities to show how their skills could play at the next level 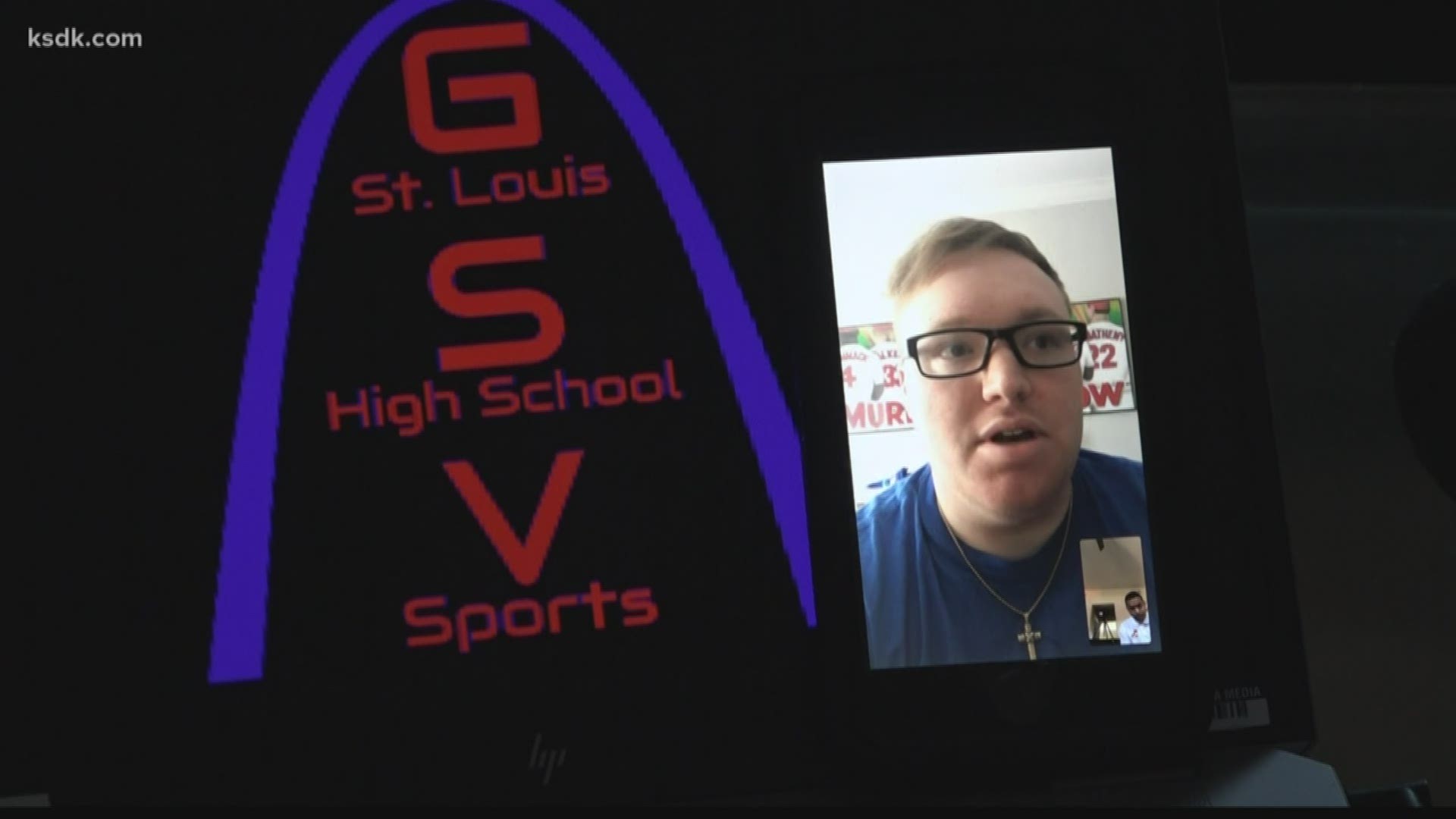 ST. LOUIS — For most athletes, these are dark times. There are no games, no practices and no structure. More importantly for the younger ones, this means no exposure to college coaches.

But, while they cope with not having a game to play, one local entrepreneur, copes with not being able to help them.

By day, John Hough is a delivery driver for Pickleman’s and Jimmy John’s.

“I’ve been really fortunate at Pickleman’s to still make decent money,” said Hough when thinking about the coronavirus.

By night, Hough is usually at a high school game, bookbag on his shoulders and his camera in hand, filming for his own company, Gateway Sports Venue.

“It was an idea I’ve had since I was in high school,” Hough said.

He went to Ladue High School and always wanted to see camera crews show up to sporting events for more than one quarter, so he thought of ways to make this happen. That led to him filming games on his iPad before saving up enough to get a camera.

His goal is to give as many teams as much coverage as possible.

Over the years, Hough has grown a lot, built up quite the platform and also employs several photographers to film games for GSV. He even makes a few dollars from YouTube.

“I really don’t do it for the money quite honestly,” Hough said when talking about his business.

His mission is to give people a way to see the great athletes of St. Louis.

But like every sport around the world, there’s no games. Which means there’s no action to record, resulting in Hough being sidelined. His dreams and visions for GSV, put on hold. But through all the tough times, all Hough could think about is the baseball players who aren’t getting a chance to play right now.

“Hopefully there’s a lot of kids that have been recruited through club league, summer league and fall ball,” he said.

Because all Hough really wants to see right now, is the area kids make it out.