The 5 On Your Side I-Team requested the FCC complaints that came in during the Stanley Cup Final. 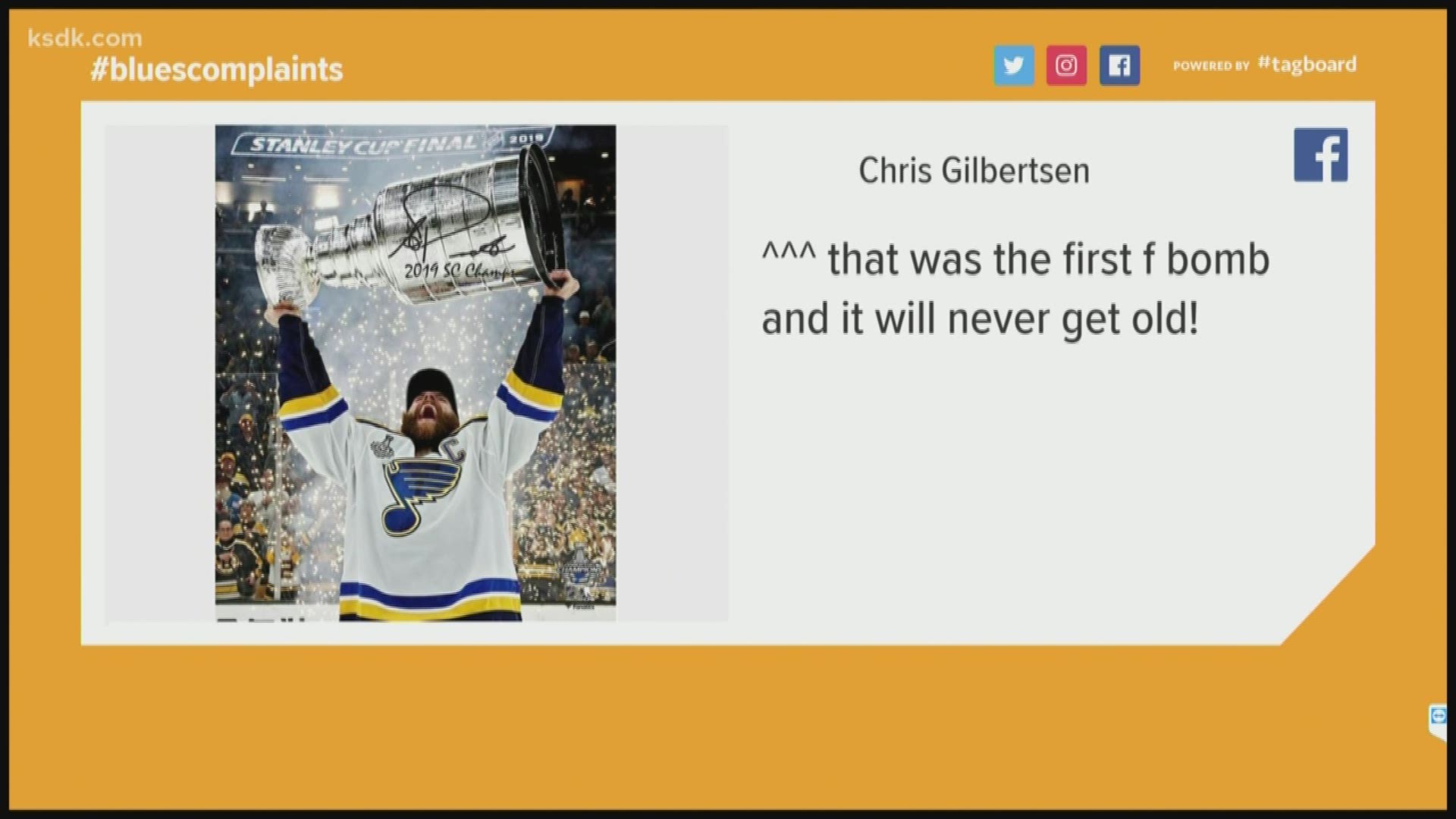 ST. LOUIS – Millions of people tuned in to Game 7 of the Stanley Cup Final back in June.

A few people watching the game were not impressed with the celebration at the end.

The 5 On Your Side I-Team requested the FCC complaints that came in during the Stanley Cup Final.

Below are the seven complaints the FCC received:

‘Stanley cup playoffs on NBC. F bomb dropped multiple times. This is not acceptable. Children are watching. 10 min delay?’ Complaint filed by someone in Onaway, Michigan

‘NBC once AGAIN allowed at least 10 F-bombs, clearly audible, a few loudly, during prime-time coverage of the 2019 Stanley Cup Final on Wednesday, June 12, 2019. Federal law prohibits obscene, indecent and profane content from being broadcast on the radio or TV. ENFORCE THIS LAW, LEVY HEFTY FINES, and make them public to ensure future compliance or this deliberate, disgusting show never ends.’ Complaint filed by someone in Lombard, Illinois

‘In watching the broadcast of Game 7 of the NHL Stanley Cup Final last night, NBC showed several St. Louis players celebrating their championship that they had just won. When showing players celebrating, NBC chose not to use a 7 second delay, and allowed vulgar language to be broadcasted several times. Players were broadcasted using the word "f---", and many children watched this game. NBC has chosen not to use a delay for several years now when broadcasting championship celebrations and showed little remorse in their actions last night.  They should be reprimanded given their multiple past violations of obscenity guidelines.’ Complaint filed by someone in Greeneville, Tennessee

‘During the presentation of the Stanley Cup last night there were an unacceptable amount of f-bombs dropped heard from on ice audio. This audio feed should have been cut off but wasn't.  Five of the first seven players raising the cup decided to do this in one form or another. I then changed channels to avoid further exposure to grandson watching. Producer/director should have cut on ice audio after first player did this.’ Complaint filed by someone in Oswego, Illinois

‘During the post-game show of the Stanley cup on NBC, the network broadcast numerous instances of hockey players, and even training staff, screaming the word "f---" I was absolutely horrified by hearing these terrible words from professionals. There were also a couple of middle fingers from the stands. I had to take a shower after hearing those foul words because I felt so dirty and violated. The NHL needs to take make sure its players act in a manner that is respectful of law enforcement, respectful of decency, and promotes respectful treatment of women, similar to the NFL and how all of their players act.’ Complaint filed by someone in Bell Canyon, California

‘Many f---s were said’ Complaint filed by someone in Havertown, Pennsylvania