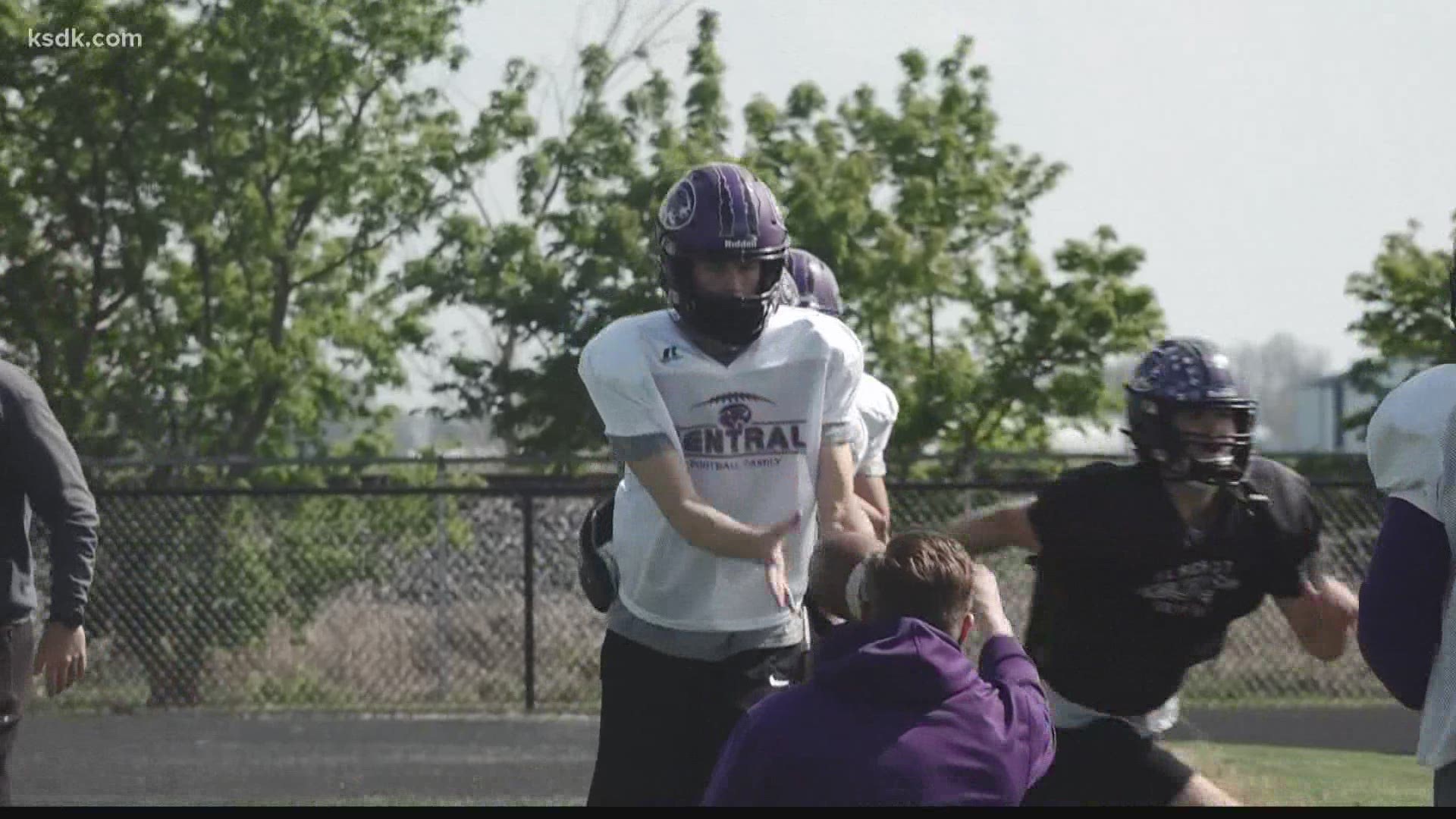 BREESE, Ill. — Kyle Athmer had a more impressive weekend than you did. I almost guarantee it.

The senior quarterback for Breese Central High School had his most impressive performance on the gridiron for the Cougars against Alton Marquette on the night of Friday, April 16.

Athmer threw for more than 300 yards and five touchdowns in the win. It was a career-high for him in every category.

You may just be thinking, "Ok yeah that's good but so what?" Wait till I tell you what he did just a couple of hours later.

On Saturday at 11 a.m., Athmer took the mound on the baseball diamond for the Cougars against East Alton Wood River and proceeded to throw a 6-inning complete game shut out with 11 strikeouts.

And since you're wondering, yeah he was a little sore on Sunday and Monday.

"I'm pretty sore. I'm still working out the soreness. I think it'll still be alright for tomorrow's game," Athmer said on Wednesday. "But waking up that Monday morning my arm didn't want to do anything."

"It's amazing with as many things that have gone wrong during COVID... it would be wrong to say it's a blessing, but the opportunities it's created are definitely different," Breese Central head football coach Brian Short said. "And to hear about a kid playing quarterback on Friday night and pitching the next morning is a pretty unique situation."

Athmer is heading to Missouri S&T to play baseball once he graduates, but with football and baseball falling in the same season this year because of COVID, he couldn't pass up the opportunity to play both.

"These days when you have three-sport athletes anymore it says a lot about the kid," Short said. "With all the specialization stuff, you don't see that as much anymore."

"I hate missing anything in sports. So that's why I chose to play both football and baseball. It's my senior year. I know I'm not going to get to play football again, but I don't want to miss a baseball game either potentially," Athmer said.

The 4-1 football Cougars only have one more game on the schedule against Freeburg on Thursday, so Athmer's schedule will open up for baseball soon. But over the past few weeks he's been dedicated to football during the week and baseball on the weekends, with a mid-week bullpen thrown in there every once in a while.

Central has made the most of their COVID-shortened season with an impressive record, but just getting the chance to play at all has inspired the team.

"This year has been unbelievable. The team has really come together," Athmer said. "Playing well helps, but we all get along. We're all good friends. There's a lot of joking around that goes on at practice. That might sound bad but we still get stuff done. It's almost like a second family if that's a way to explain it."