"It just says that we are special," coach Tiffany Spain said. "We're small but mighty." 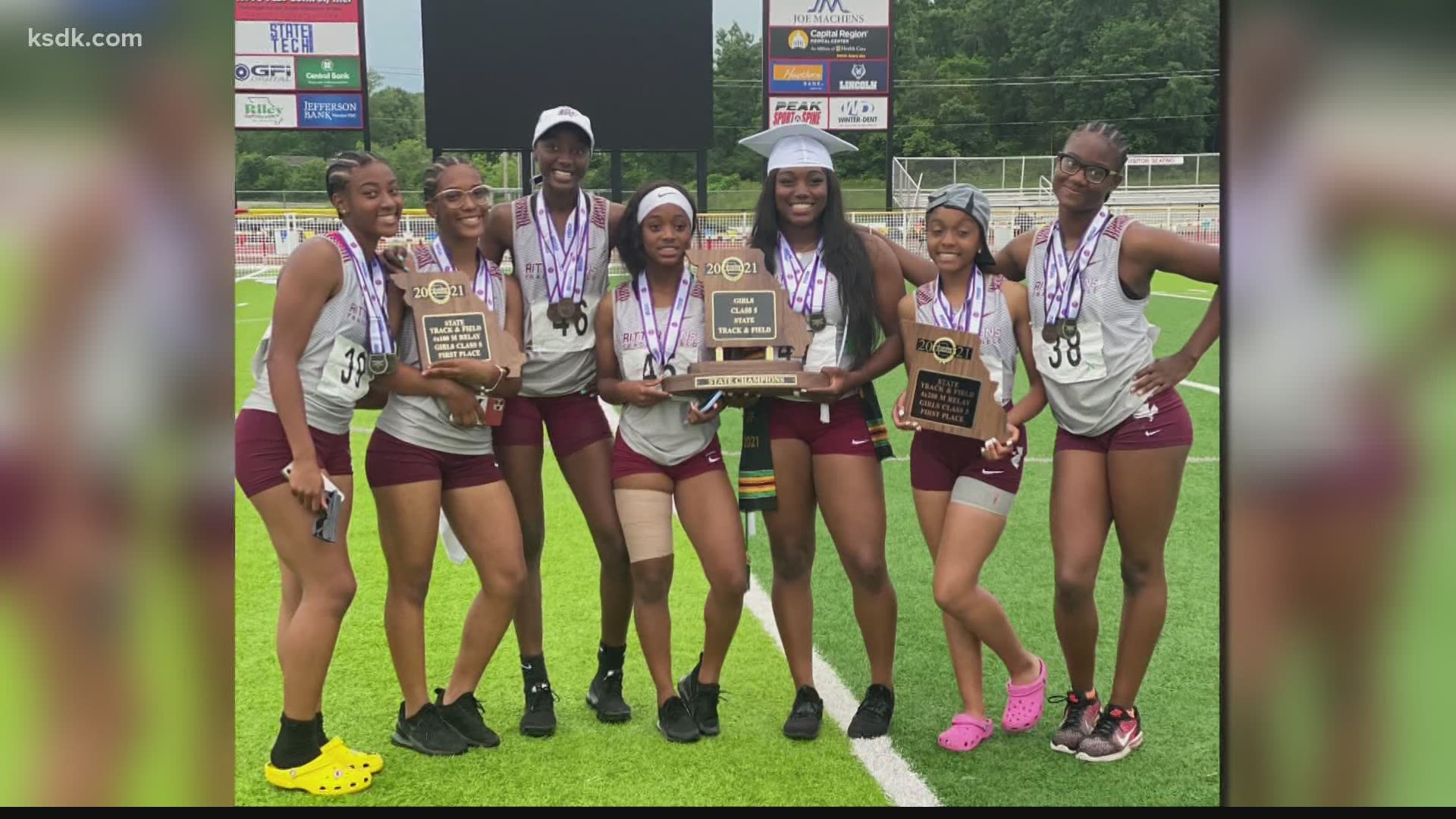 ST. LOUIS — After coming up just short in their previous visits to the Missouri State High School Athletic Association state track meet, the Cardinal Ritter Lady Lions lived by one motto in 2021.

"No pain, no podium," coach Tiffany Spain hollered to her girls.

"With us losing a year last year, we were kind of, I won’t say were defeated but trying to see exactly how the year was going to play out," Spain said.

COVID-19 canceled the Lions' track season before they could leave the starting blocks. So the Lady Lions started to look ahead to 2021. That's when they saw another obstacle in front of them.

Knowing competition came in all types of classes, Spain got her girls to focus up.

That's why senior Brayanna Washington had no problem going up a level to compete for a title.

"What the shirt say, no pain no podium," Washington said pointing to her T-shirt.

Washington was a part of the teams that couldn't quite get over the final hurdle. Freshman Aniyah Brown had no memory of that and she wasn't trying to find out what it was like.

Brown, one of the more dedicated AAU runners, had a past of winning, first claiming a national title when she was 9 years old. Her goal as a high school athlete was simple.

"It meant a lot, and I can say it was a relief because you know all season long all you think about is state," Brown said.  "So when you finally get there and it goes as planned, it’s a relief."

Her epic performance as a freshman helped Cardinal Ritter claim not only its first Class 5 state title, but the first state track championship in school history.

"It's like, dang, all these schools and classes and we one of the fastest," Washington said with a smile.

"It just says that we are special," Spain said.  "We're small but mighty."