The former staple at Lutheran North is one of the most successful and engaging coaches in the St. Louis area 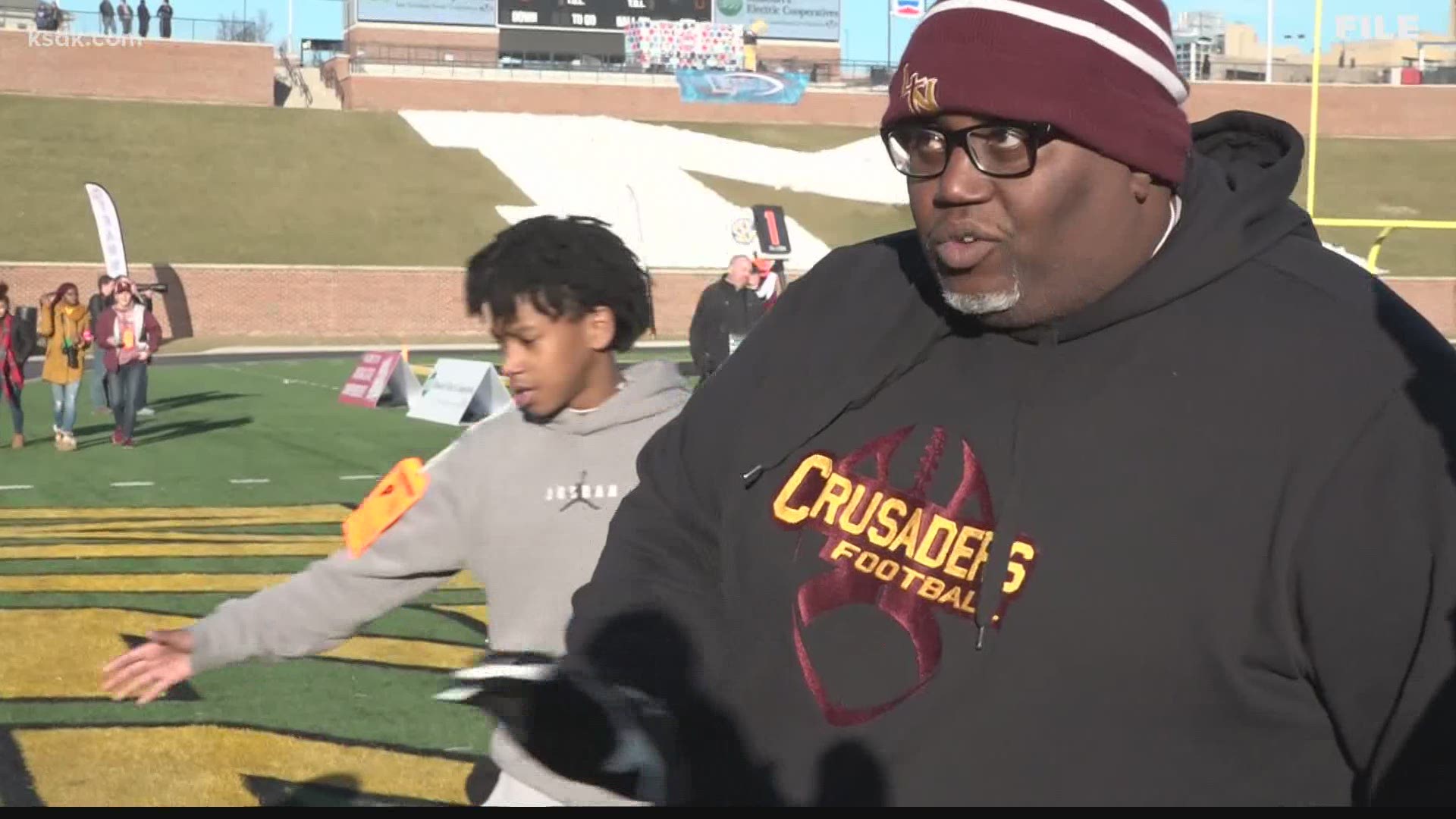 In a big move, De Smet has hired former Lutheran North head coach Carl Reed as its next head coach.

Former De Smet Head Coach Robert Steeples left for a job on the NFL's Minnesota Vikings coaching staff at the conclusion of the 2020 high school season.

Reed will look to keep up the recent success from the Spartans, who won the class 6 state title in 2019, and were the runners up in 2020.

DeSmet has just hit it out of the park with their hiring of Carl Reed as their new football coach. A guy who has won a title, produced over 40 college players and demands that kids work in the class room. #wow. @DeSmetJesuitHS

"New challenge, new opportunity," Reed told 5 On Your Side sports director Frank Cusumano. "I felt like Dr. Zepp, the new president, had a great vision of what he wanted football to be. Great administration. And the athletic director is my former high school coach. So everything just kind of lined up."

Reed is no stranger to winning, and molding players into college prospects.

At Lutheran North, Reed won the 2019 class 2 state title, made it to the state semifinals in 2017 and 2018, won three conference championships and won four district championships.

"The hardest thing I've ever had to do in my career," Reed said. "It was sad on both sides. It wasn't something that I was looking forward to doing, it was a really tough time."

He plans to take that same scholarship mindset to De Smet.

"We're going to add on to what they've already been able to accomplish and most importantly we're going to give every young man an opportunity to go to college and play at the next level if that's what he desires to do," Reed said.

As a player, Reed won a state title in high school at Hazelwood Central and played at Austin Peay State University.

Prior to coaching at Lutheran North, Reed coached at University City and Hazelwood West High Schools.