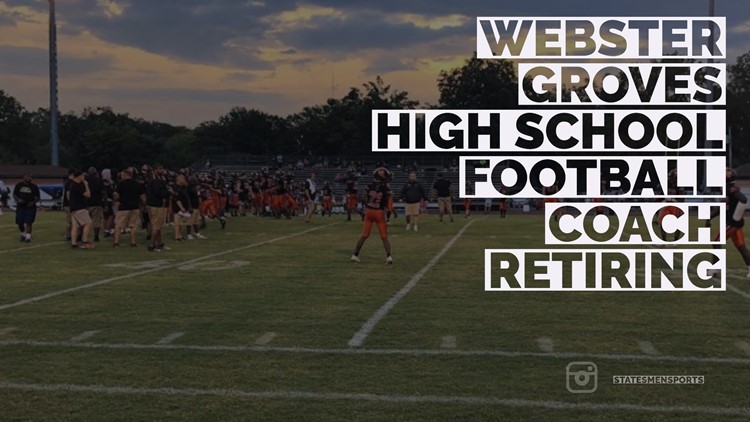 After 21 years of coaching football at Webster Groves High School, Cliff Ice announce he’s retiring at the end of this school year.

“We are very proud of Coach Ice and the way he has led our football program. As only the 8th head coach in over 100 years of football at WGHS, Coach Ice has established a legacy of success that will not be forgotten. We wish Coach Ice the very best in his future plans and know that he will always be a Statesman!” Webster Groves High School Athletic Director Jerry Collins said.

“Coach Ice has been a successful head football coach in the St. Louis region for over two decades. His longevity and success on the field have had a great impact on our students and our school community. As a one-time coaching adversary, I can attest that his competitive excellence was always balanced with his thoughtful, fair-minded disposition. We are grateful for his service to the tradition of Webster Groves football.” Webster Groves High School Principal Matt Irvin said.

RELATED: 'City of Champions' to celebrate Flyers football with parade