“I think when I watch her walk onto that mat for her country, in the Olympics; that’s when it’s gonna hit me" 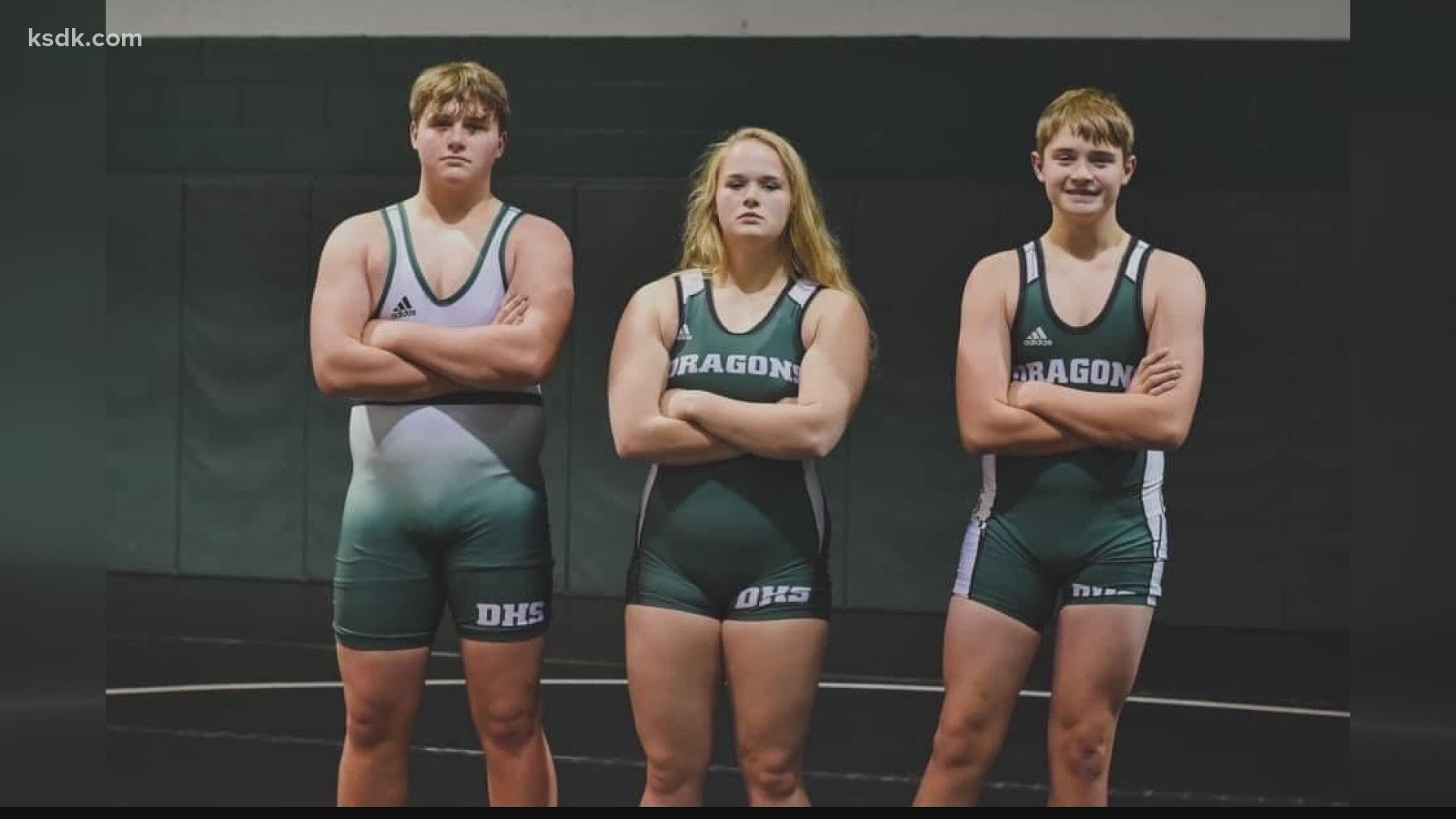 As the only female sibling, Jaycee’s father J. Foeller said Jaycee learned how to carry her own over the years.

“I’ve known several times they’ve been throwing each other in the middle of the living room floor,” J. Foeller said. “I was wondering how the TV didn’t fall off the wall.”

But wrestling her brothers turned into something much more in the eighth grade when she went for a casual ride along to her brothers’ wrestling practice.

“I went to go with my mom to pick up my brothers,” Jaycee Foeller said. “And one of the coaches there was like, ‘Hey, why aren’t you wrestling?’ And I was like, ‘Cause I’m a cheerleader.’ You know, just being sassy. Andy I kind of wanted to at first, but my parents. Well, not my parents, but my dad was like, ‘Eh, I don’t know about that.’”

Because at the time, there was no sanctioned girls’ wrestling team.

“And I didn’t want her wrestling boys,” J. Foeller said. “You can understand that from a dad’s perspective. When I told her she couldn’t, I finally thought. We’re down at practice one day, let her on the mat, go get her tail kicked, and then it’ll be done. And that didn’t happen.”

She continued cheerleading in the fall, and transferred her skills from the track to the mat in the winter.

“She was limber,” J. Foeller said. “People couldn’t deal with her. I’ve watched her go down into the splits to pin someone, and the boys weren’t able to do that.”

“She didn’t like to lose,” De Soto High School wrestling coach John Brown said. “The boys actually respected her. In the practice room, and even in competition.”

Because quite frankly, there was no other option.

“I somehow managed to put this guy on his back, and I pinned him,” Jaycee Foeller said. “That was my first varsity win, and I was in a varsity tournament for boys.”

That win led to many more wins throughout the year. Those wins eventually led to Jaycee qualifying for the Missouri national wrestling team.

She began traveling around the country to compete, and after more success, was recommended for the United States Olympic Development team.

“She’s very humble,” Amber Foeller, Jaycee’s mother said. “She doesn’t like a whole lot of the spotlight. She sets her goals, and then she works until she gets them.”

The state of Missouri established a high school girls wrestling sector in 2018, and Jaycee simply couldn’t be stopped. By the time she completed her senior season, she won her third straight state title with an undefeated record of 121-0.

By the end of the season, she ranked first in the nation in high school girls wrestling.

Because for Jaycee, it’s not just about wins, but about paving the way for girls’ wrestling. She will continue wrestling for McKendree University in the fall.

Her family said she’s only getting started.

“She says that she wants to be in the Olympics,” Amber Foeller said. “That’s her goal, and I said, ‘If that’s what you want to do, do it.”

“My moment hasn’t come yet,” J. Foeller said. “I think when I watch her walk onto that mat for her country, in the Olympics; that’s when it’s gonna hit me.”