The 'City of Champions' is back on top once again! Congrats to the East St. Louis Flyers! 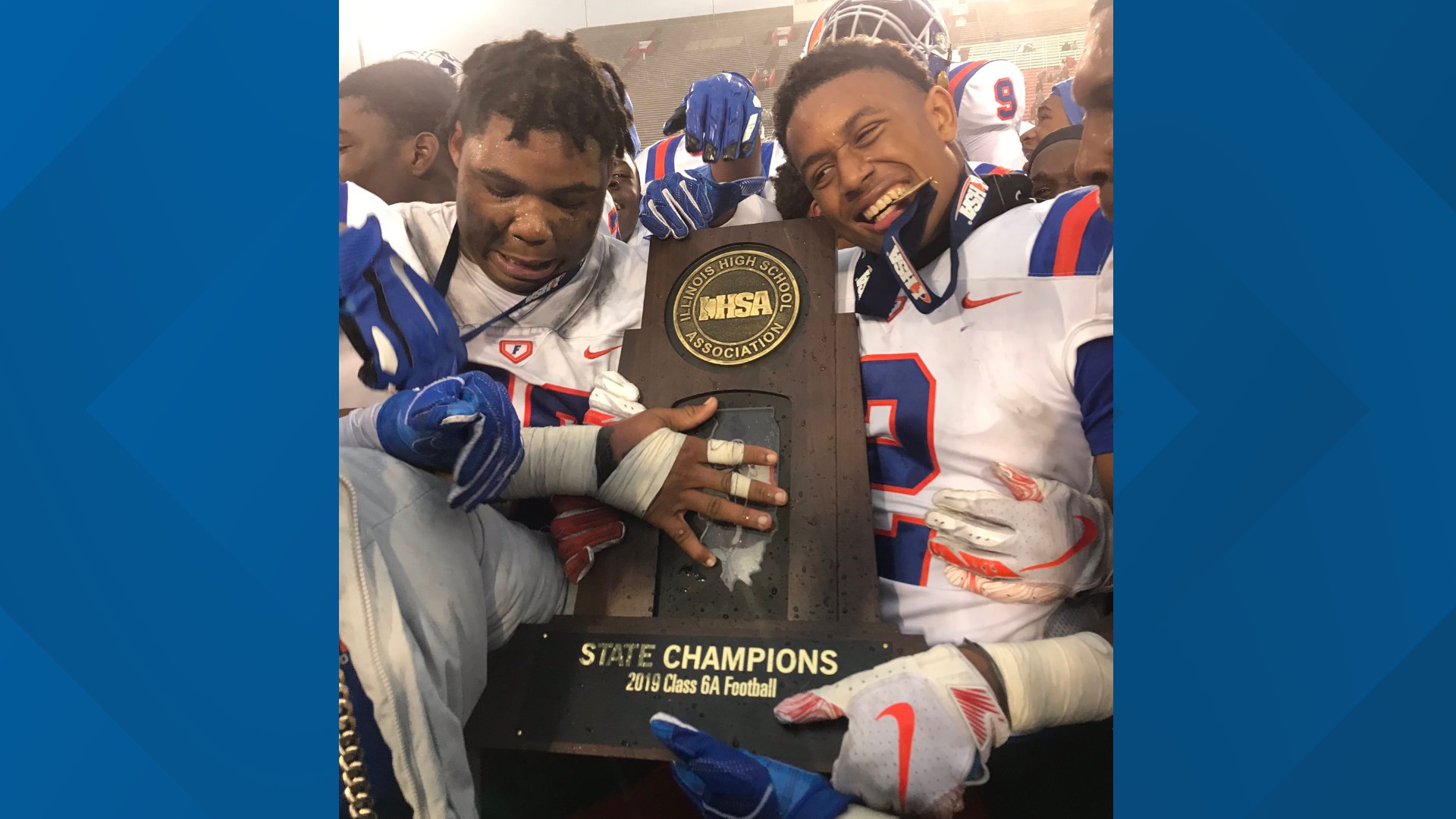 The Flyers defeated Crystal Lake 43 to 21 in the class 6A championship game on Saturday at Northern Illinois University.

This win caps off a perfect 14-0 season for East St. Louis and secures the Flyers' first state title since 2016.

This is the school's ninth overall state championship, and the third for head coach Darren Sunkett.

It was a dominant performance from the Flyers all the way through 2019. In the regular season, they outscored their opponents by an average of 36.4 points per game.

The playoffs were no different. In the four games leading up to the state championship, East St. Louis was averaging 56 points a game.

This is actually the second state title for the Flyers in 2019, as the basketball team won that program's first-ever state championship back in March.

You can look back on all of our highlights from East St. Louis' championship season below.