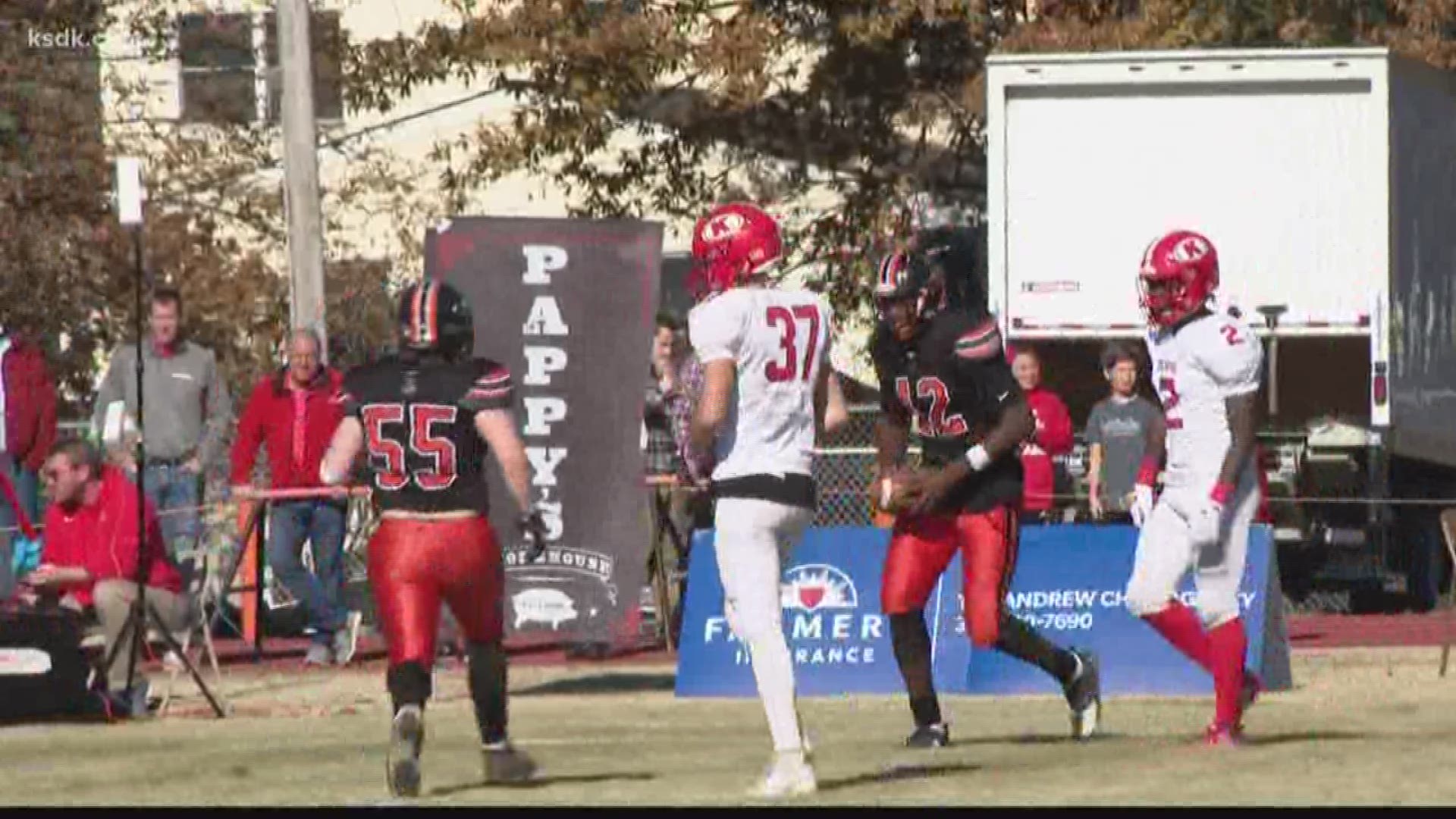 The annual Kirkwood-Webster Groves Turkey Day Game ended with sixth-straight Kirkwood win and a monster final score of 75-34. It was the 117th meeting between the two high schools in the annual Thanksgiving Day game.

The rivalry dates back to 1898. It's the oldest and longest-running football rivalry west of the Mississippi River.

Webster Groves leads the all-time series 58-52-7, but Kirkwood is on a roll with an unprecedented six straight wins. Webster finished their season without a single win.