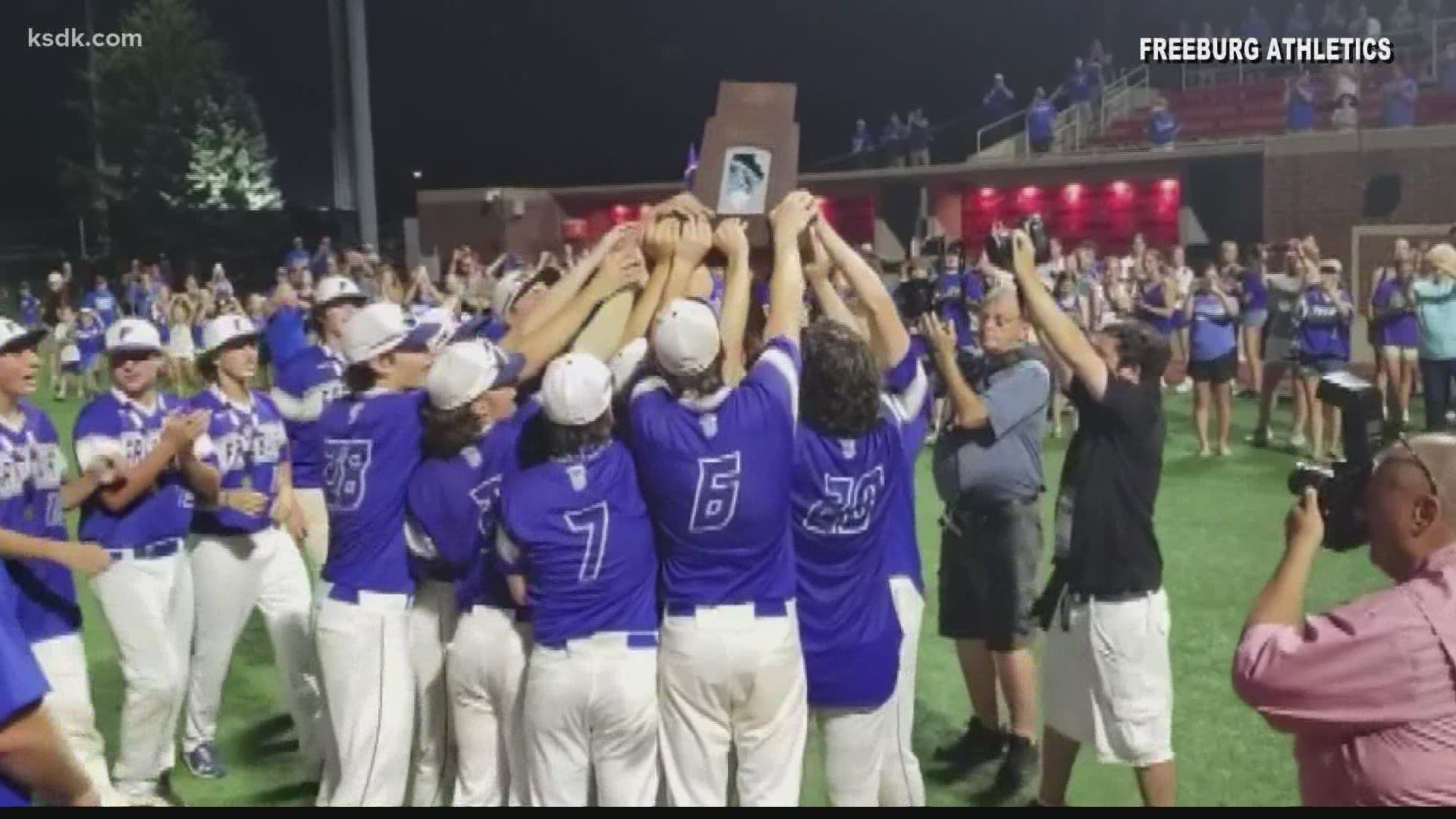 FREEBURG, Ill. — For the first time since 1989, Freeburg has a state championship team in baseball.

The Midgets took the Class 2A title on Friday night with a 12-0 win over Elmhurst (Timothy Christian). Freeburg defeated Normal in the first game of the final four by the score of 5-3.

Freeburg finished the season with a record of 37-3, scoring an average near nine runs a game.

This was the second final four appearance for the Midgets under head coach Drew Gericke. Freeburg took third place in 2014.

The team was welcomed back to Freeburg on Friday with a parade through town and ceremony at the high school.

We're about to start the parade! pic.twitter.com/8Kh8lswLEb