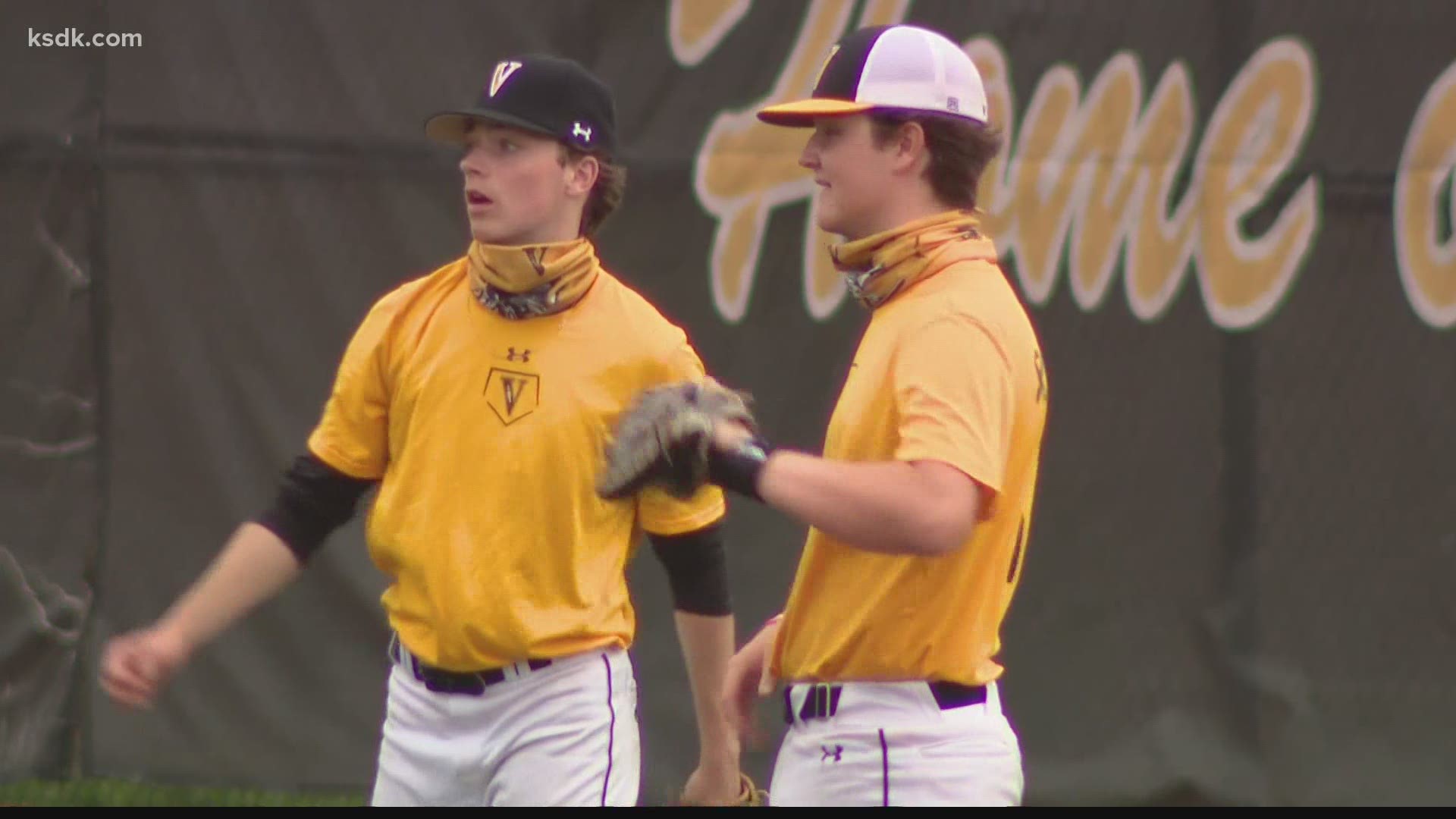 KIRKWOOD, Mo. — Promised if they work smart and hard, the practice would end in less than two hours, players from the Vianney team sprinted towards the bucket of baseballs.

Judging by how fast those balls flew out the basket, you would think the players had somewhere to be.

"You know we had a group of really special guys and we really were about to do something special last year," senior Cole Petrus said.

But that wasn't the case at this practice.

"Last season we didn’t get a chance to play,” senior Brock Daniels said.

That meant stepping into this season, the Vianney Golden Griffins have been engaged on one thing.

In 2018, Vianney captured their third baseball state title in school history. The only player still around from that team is Oklahoma signee Brock Daniels.

"For him, that is something he would like to get back to and have the opportunity to compete for again," head coach Scott Brown said.

It’s also something Cole Petrus is trying to check off his goals list. Already signed to play football at the University of Kansas, Petrus and Daniels have blasted 4 home runs and driven in 18 runs combined.

A few days ago, Petrus’ walk-off blast versus Francis Howell Central propelled the Golden Griffins to a 6-1 start and gave coach Brown a memorable moment.

“I’ve been doing it [coaching] for 28 years, and that was actually the first time I’ve ever had a game won because of a walk-off home run," he said.

While still too early to look at accomplishments, the best friend duo of Daniels and Petrus have proved hard work does pay off. But coach Brown said the work is far from over if they want to win another title.