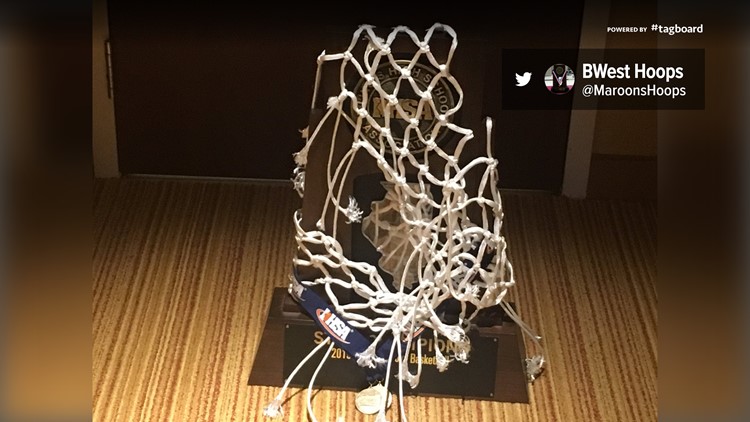 Back to back! Belleville West Maroons take home state championship

The team beat Evanston 71-59 Saturday to bring home the class 4A title.

Will Shumpert came up huge in the second half. In all, he had 21 points on the night. E.J. Liddell also helped bring home the title with 24 points.

This is the second year in a row the Belleville West Maroons are bringing home the hardware.

“I guess this was not a dream when you wake up and have this in your hotel room,” the Maroons Hoops tweeted Sunday morning along with a photo of the trophy and net from the game.

The Maroons were one of two metro east teams to win big Saturday at the Illinois High School Association boys basketball tournament.