He’s undergone grueling physical therapy just to move his legs again, and although he was initially diagnosed with a stroke, doctors now say they aren’t sure 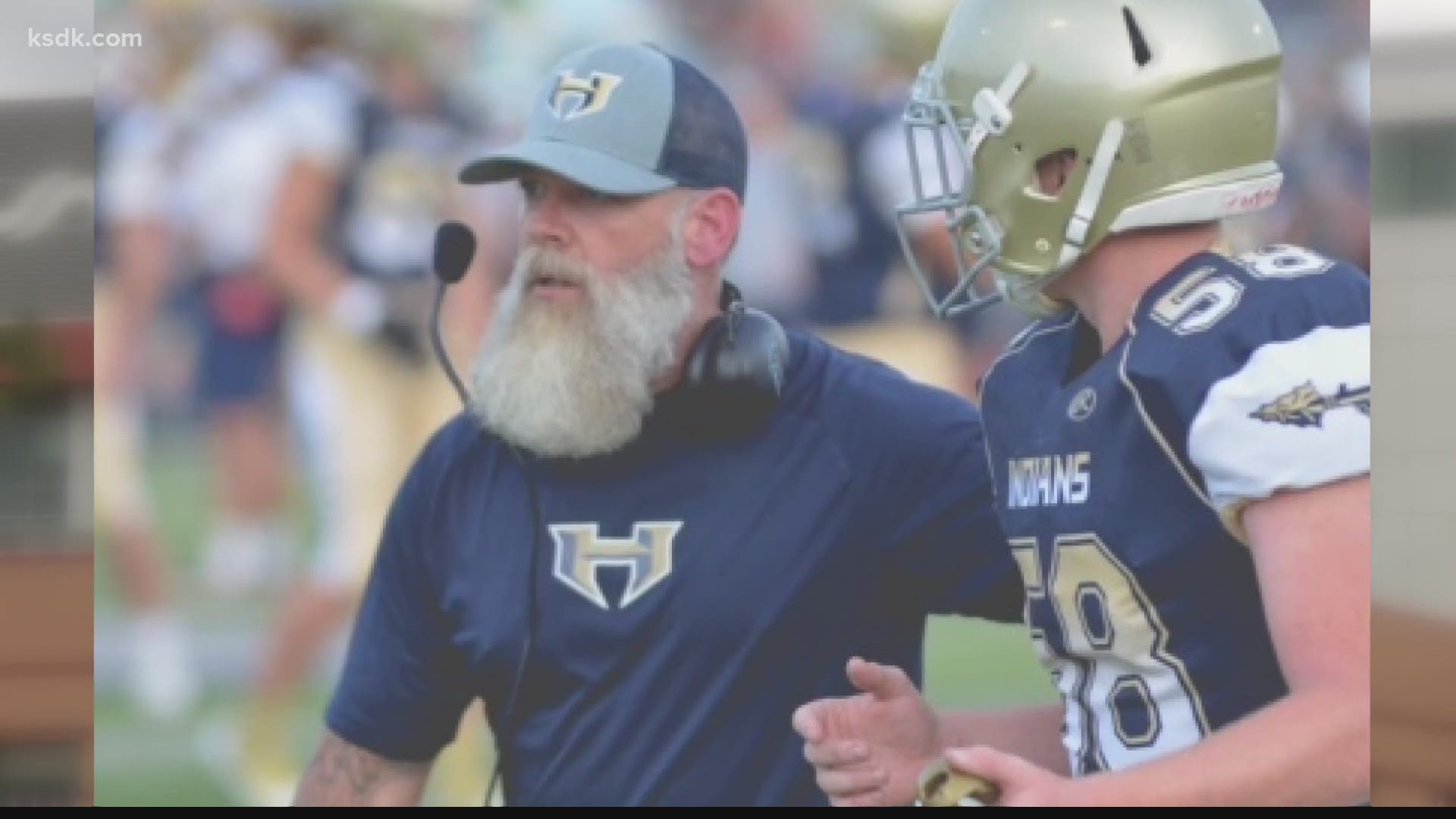 WENTZVILLE, Mo. — Holt High School has a football program on the rise.

They came out of the gates soaring, winning their first five games, and part of the program's passion comes from their strength coach, Aaron Smith.

He is one of the most carved up 50-year-old men in the area. Aaron runs marathons and is a Crossfit competitor.

His mission at Holt: make the kids bigger stronger and faster.

But it was shortly after that game, Aaron Smith's life would change when he arrived home with his fiancé

“I am coming around the corner in the hallway and I see his head fall back,” his fiancé Sarah Conway said.

He was loaded into an ambulance and rushed to the hospital. On admission to Mercy, the diagnosis was a stroke.

He struggles to put together sentences now it takes him seconds to process.

Aaron says his arms and legs feel like they are asleep.

The finely tuned athlete is trapped inside a body that doesn't work.

He’s undergone grueling physical therapy just to move his legs again, and although he was initially diagnosed with a stroke, doctors now say they aren’t sure what caused the medical emergency.

The team was hoping to have him on the field soon, to huddle around their inspirational coach, and on Oct. 2, they got that chance. Smith was released from the hospital and went straight to the field to cheer on his team.

A GoFundMe account was set up to help with medical expenses.