"Our banners in there with our names up, you know it's a part of history, as long as the school is in existence you know we'll never be forgotten." 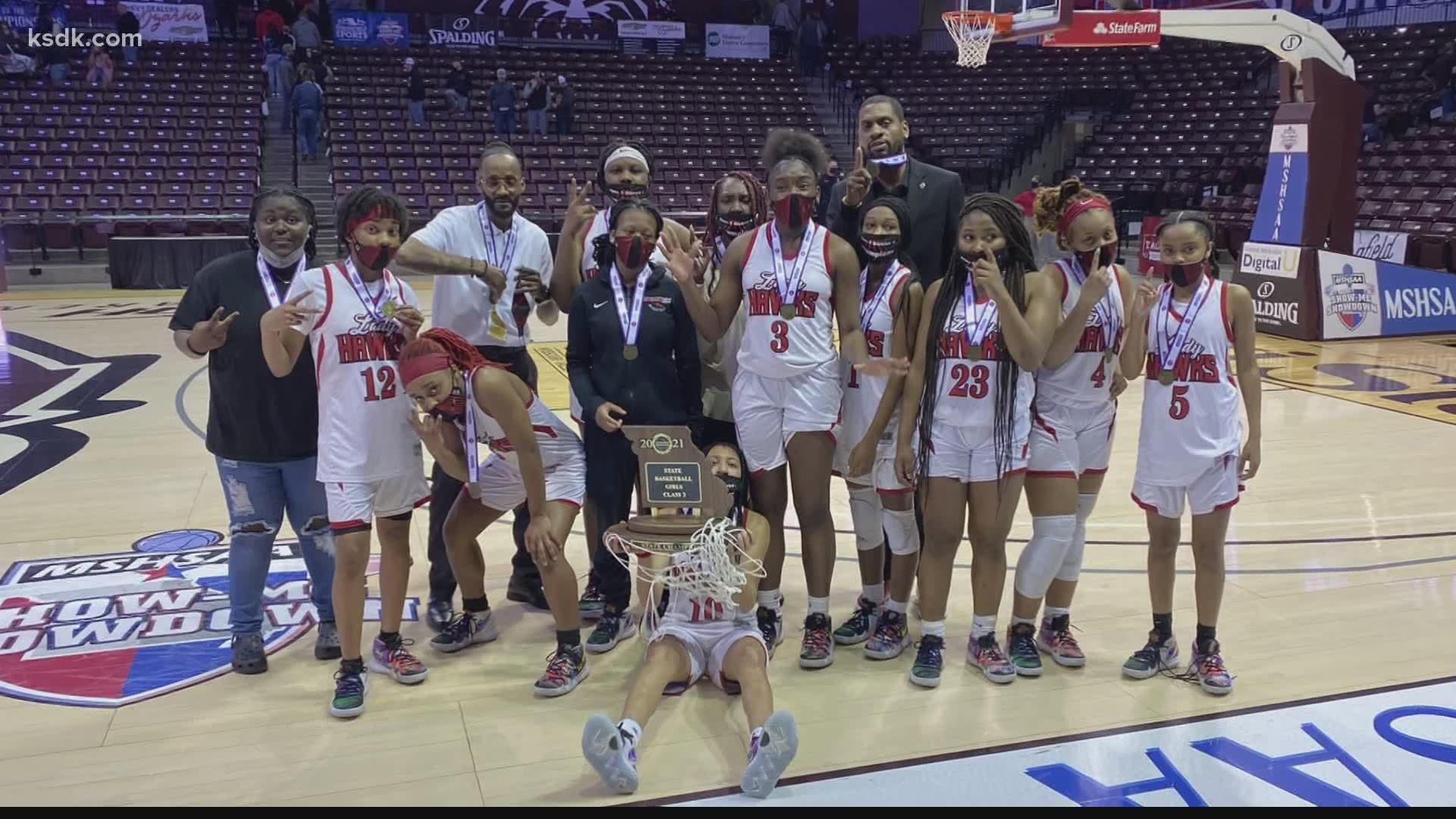 ST. LOUIS — Tucked away on the corner of Broadway and Seventh St. is a place not many people know exists.

"I used to have to say the school right across the street from Soulard market," said Lift For Life girls varsity head coach Greg Brown. "We gutted out a bank"

Cashing in on the space, St. Louis' oldest charter school, Lift for Life Academy was built in 2000.

Nine years later, varsity girls basketball was founded and nine years after that, the Hawks were awarded a gym of their own. One Coach Brown was eager to fill with banners as previously stated.

"We're working towards getting some banners hung in here," said Brown last week.

Their hard work paid off. After winning the first district title for any sports at LFLA, the girls punched their ticket to the state final four.

First up was Steelville High School, it was no walk in the park but the Lady Hawks got the job done advancing to the title game.

There stood the ladies of Skyline High School, but the Hawks once again proved no goal was out of reach. They won 56-52.

"I just felt like we earned it, we really did," said guard Taylor Brown.  "We were focused throughout the season and we did earn it."

Earning more than just the school's first state title, but a place in history no one will have a hard time seeing.

"Our banners in there with our names up, you know it's a part of history, as long as the school is in existence you know we'll never be forgotten," said Brown.