His team had just won their biggest game of the year so far in an epic shootout. But Joey Peters had a stop to make before celebrating with his teammates 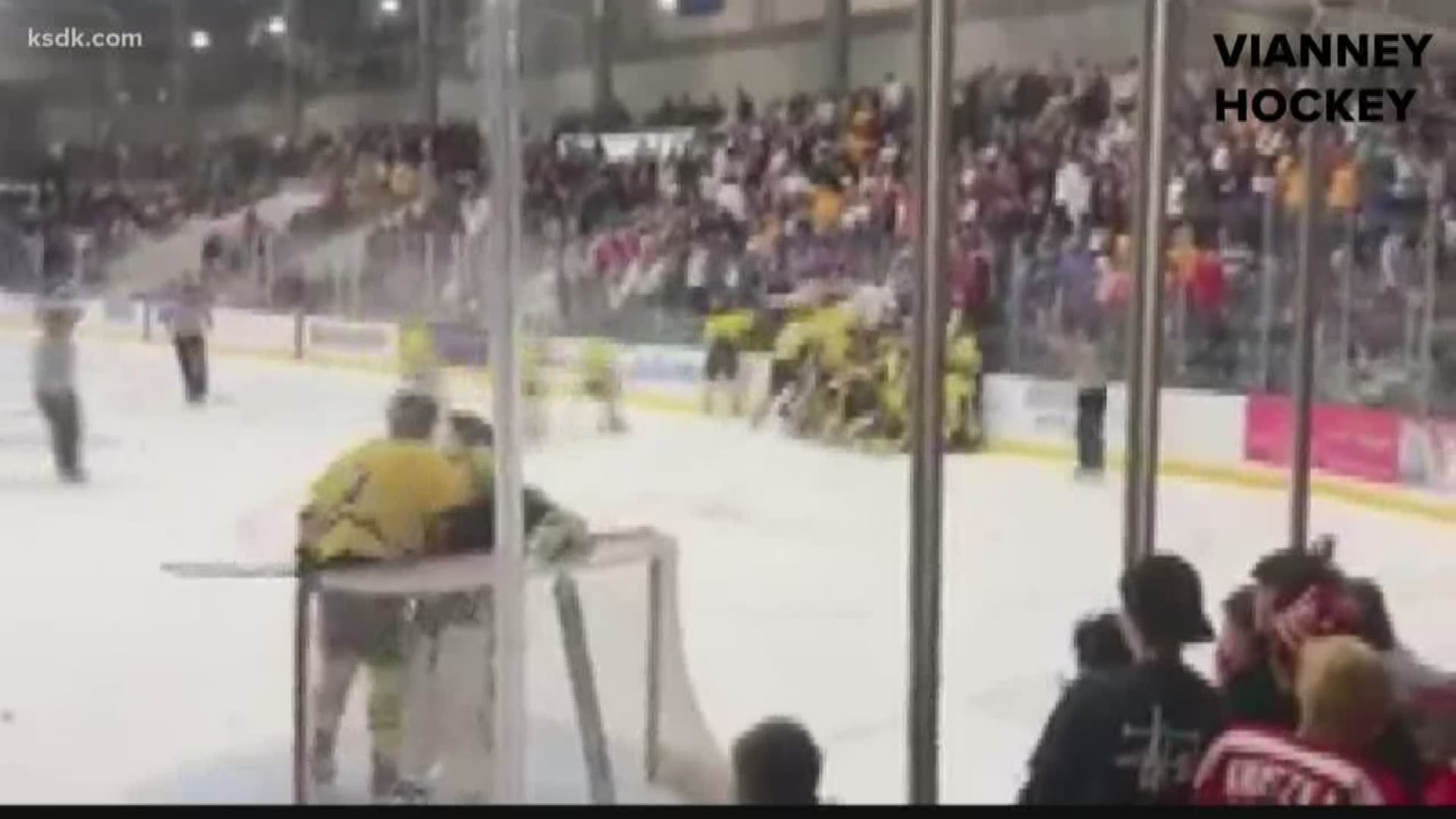 ST. LOUIS — In the heat of competition, it can be hard to think of anything else besides getting the win.

From an early age, that's what a lot of athletes are taught to value most, winning.

But every once in a while, we get reminded what's really important. Joey Peters reminded us all of that on the ice this past week.

Peters, a sophomore defenseman for Vianney, faced the Lafayette Lancers last week for the right to go to the Challenge Cup Final. The game went to a nine-round shootout, with Duke Boccardi netting the winning goal for Vianney.

The Griffins' went into a celebratory frenzy, spilling out onto the ice and dog-piling each other along the boards. But Peters didn't join his teammates right away. He had something else in mind.

Peters went right from the bench, over to Lafayette's goaltender, to console his competitor on the losing side.

Watch: Joey Peters talks about his show of sportsmanship on the ice

"On the bench I kind of had an idea that if we won I was going to show respect for the Lafayette goalie, Connor," Peters said. "I played with him four years ago on a team and he was just a great teammate. I had to show respect. Respect was due. And he just brought his team there and pushed his team."

So, what did Peters have to say to his former teammate?

"It was a pretty cool moment for me and him," Peters said. "I just told him great battle, great series. I love the way you push yourself. You're going to go places."

Peters has been getting lots of shout outs since his shoot out moment on social media and in person, with one of his teachers even taking it a step further.

"I had a teacher over at Vianney who made me sign a picture of it, and my old baseball coach pulled me aside after the game and told me how cool it was," Peters said.

So, what does Peters want others to take from his moment of sportsmanship?

RELATED: This Parkway North student can lift more than you

RELATED: 'Tarris is a load' | Tarris Reed Jr. has next at Chaminade

RELATED: The Collinsville Kahoks are wreaking havoc on the basketball court