The Twins starter won't pitch due to an injury. But the Highland native is soaking in every moment of his first All-Star selection. 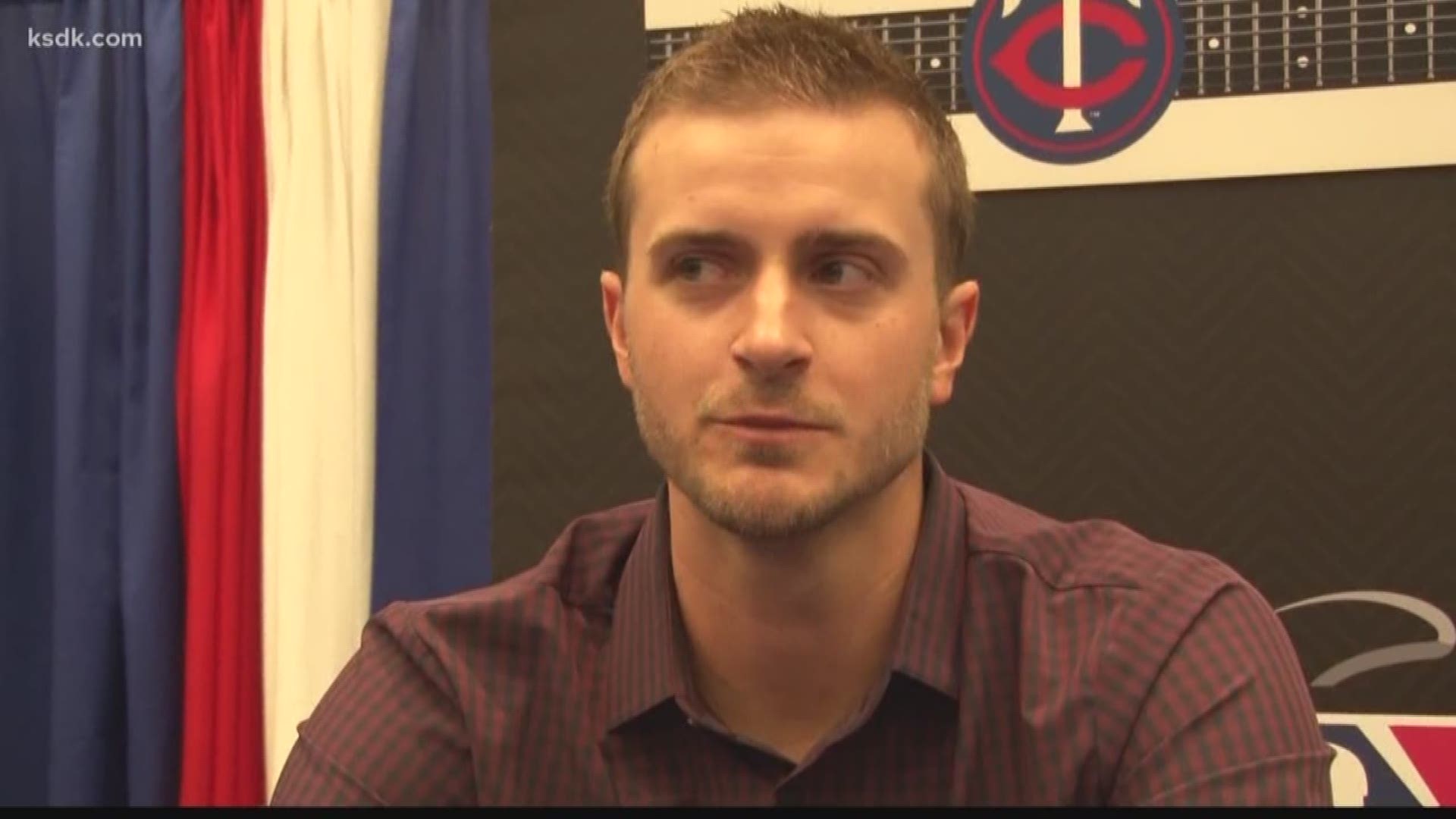 CLEVELAND — Jake Odorizzi won a state championship at Highland High School more than 10 years ago. And now the Twins starting pitcher has accomplished another dream -- being a Major League Baseball All-Star.

“Sitting around in the clubhouse, dugout, is what I’m really looking forward to,” said Odorizzi while talking to the media in Cleveland on Monday.

Odorizzi was selected last week as an American League All-Star. It's his first All-Star selection. But Odorizzi won’t be pitching in the All-Star Game Tuesday night because of a blister on his middle finger. He is currently on the 10-day injured list.

However, the injury isn't stopping him from enjoying the sites and sounds of the All-Star festivities. He's actively soaking everything in.

“I just want to talk with everybody and get to know them a little bit better,” said the 29-year-old.

Even with those impressive numbers, the small-town Illinois kid can’t believe he’s an American League All-Star.

“It feels special being here around these great players. Being part of it is still pretty surreal,” said Odorizzi.

Odorizzi will likely rejoin the Twins rotation after the All-Star break. He is scheduled to pitch in Cleveland Saturday when the Twins take on the Indians.

The Twins’ All-Star was a power-hitting infielder when he helped lead Highland to an Illinois state title in 2008.

Born without arms, this pilot flies with her feet