'I just have that drive to be competitive. Just like any other kid.' 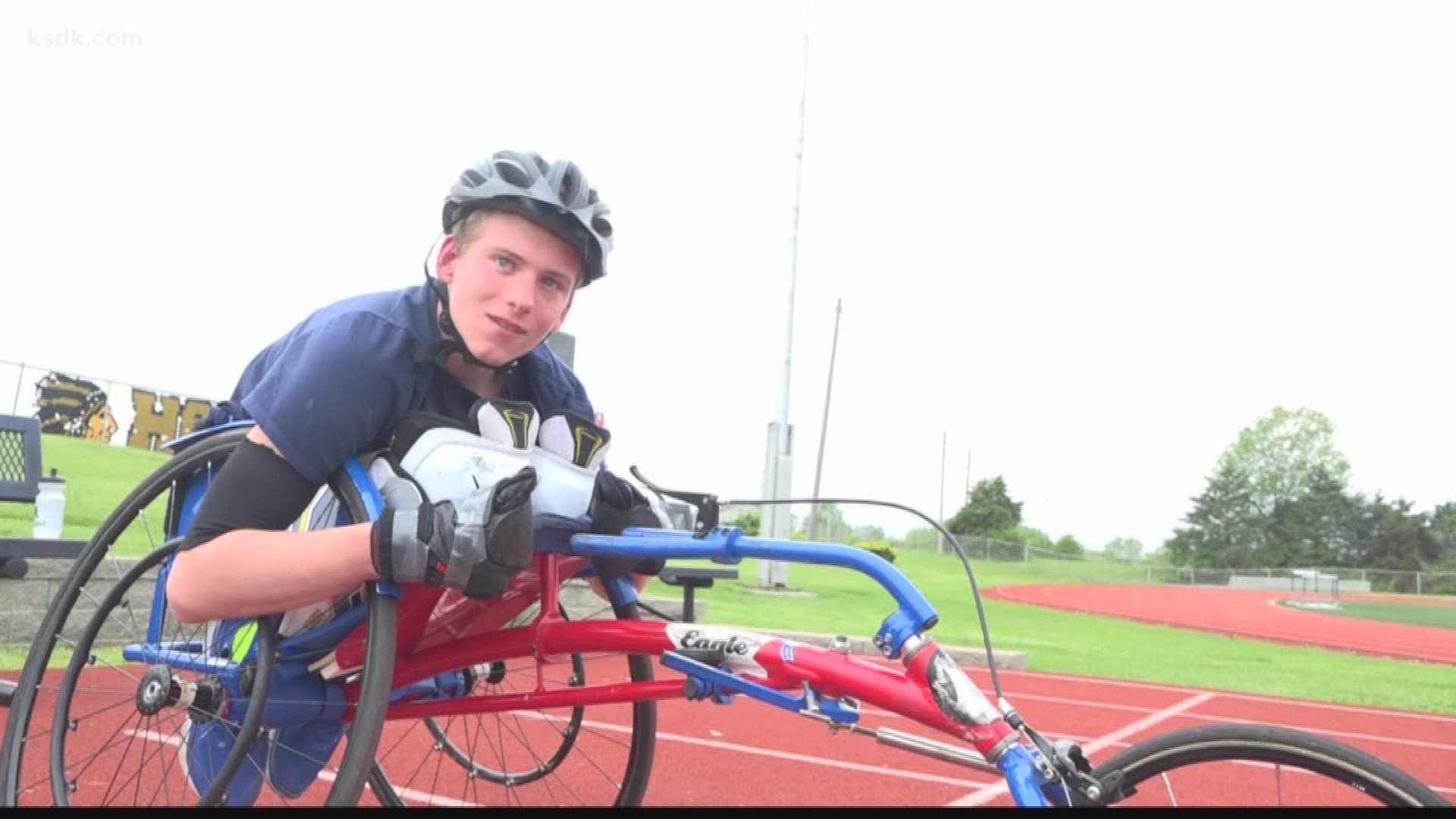 WENTZVILLE, Mo. — If you're Allen Bublitz, you don't need a great pair of running shoes to become a track star. You just need a solid chair and unwavering determination.

Allen has both and then some.

The freshman is quickly becoming a household name for the Holt High School track and field team, despite having cerebral palsy.

“It’s important to me because I just have that drive to be competitive. Just like any other kid," said Allen.

The Wentzville native has been competing in St. Louis Children's Hospital's annual Tri My Best Triathlon for the last several years. It was only natural for him to transition to track and field now that he's in high school.

“Just getting to compete and getting to know your teammates... my teammates on the Holt track team are phenomenal. I couldn’t ask for any better teammates to have my back," said Allen.

Allen has been competing in the 100 meters and 200 meters this spring. Many times he's the only para-athlete competing.

“It doesn’t bother him to race against able-bodies. It’s all about your time, your personal record and what you can do," said Bill Bublitz, Allen's father, who has also been brought on as an assistant coach for the Holt track team.

"It’s great that he can get out, do his own thing, race against his own personal records," said Bill. “The team supports him great. They’ve been very nice to him.”

Even more exciting is that Allen has recently qualified to compete at the MSHSAA State track and field finals in Jefferson City later this month.

“He’s found a home with this. He just loves it," said Bill. "We teach each other a lot."

Head coach Craig Kinnary said he wishes every one of his athletes had Allen's determination.

“He’s very determined, yup. And he’s fearless," said Kinnary. "The first time he flipped over, and I watched him do that, it was like he laughed about it, got right back up, and was ready to go right back at it again.”

And it's also that perseverance that makes Allen special.

“He’s a happy kid that’s always wanted to be able to compete on his own ability, on his own power. And here he can do it and he enjoys it," said Bill.

“He’s not blazing the trail but he’s definitely keeping it cut.”

And for those who may also be wheelchair bound but feel the itch to compete, Allen has this advice:

“You’re gonna get into it. You’re gonna have some rough times. But in the end, all that matters is that you have fun and you keep improving," he said.

“For you to get the times you want, you have to go out and really, really work for it.”