"I didn't have to act like someone I really wasn't, which I was doing my entire life," Adam Burnett said. "I've never had a feeling of relief like this before." 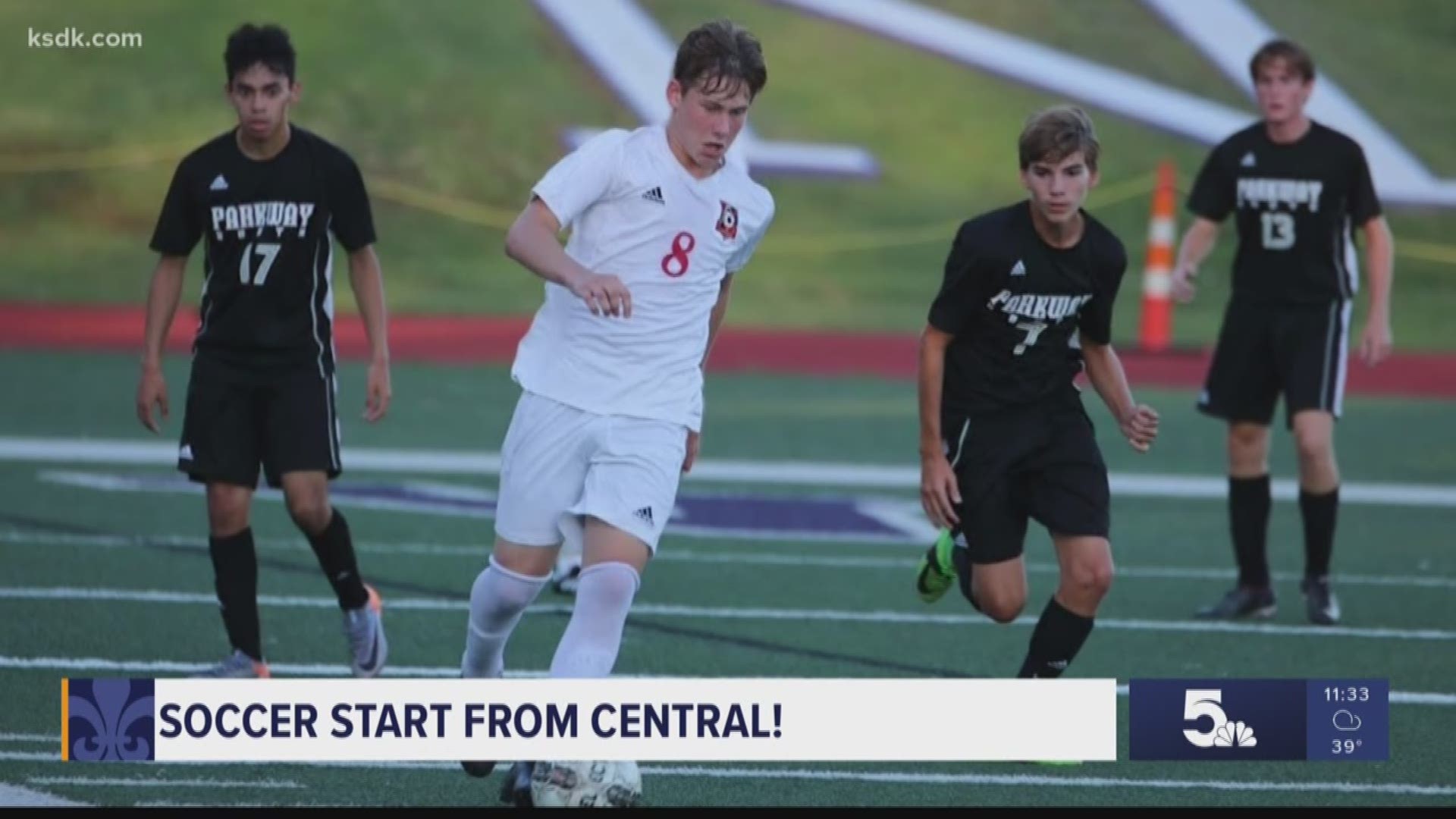 It was a Tuesday night Sectional matchup between Ladue and Parkway Central.

Adam Burnett, No. 8 for Parkway Central, takes a spill. His twin brother Blake pats him on the back, but Adam is clearly in pain.

In fact, he was already playing the game with a sports hernia before going down.

He came out of the game, got taped then warmed back up along the sideline. He eventually returned but could only play with his left foot.

Adam Burnett needs soccer in his life and he will endure pain to play it.

“Every time I step on the soccer field, all of my problems go away,” he said. “I enjoy the competing. I love playing soccer.”

And Burnett plays it extremely well. Last season, as a junior on Parkway Central’s state championship team, he scored 20 goals and was named the co-Missouri offensive player of the year.

“He's one of the most talented players I have ever been around,” said Head Coach Brian Adam.

Adam Burnett has also opened the door to his new life as an openly gay high school soccer star. After 16 years, he had to do something

“I was very depressed because I was not out, and because living this lie, I just had a lot of weight on my shoulders,” he said. “I just couldn’t live this lie anymore, so I just had to come out and be who I really was.”

His own twin brother didn't even know for the first 16 years of his life.

And even though Adam made the decision for his own mental health, his mother Robyn had her concerns.

“I was just worried with the backlash and how people were going to treat him,” she said. “I wasn’t really worried about his strength.”

The treatment from teammates couldn't have been any better. In fact, they don't even think about it much, as was evident with this question and answer with one of his teammates.

“When you heard the news your reaction was what?” we asked.

Now the opposition is not always as friendly, especially when he’s making moves on the field.

“You’re a fag,” Burnett said, giving an example of the language he has heard on the field.

The taunts don’t tear him down; he uses it as fuel.

“I take that as motivation to try and to beat them and score and win.”

Adam Burnett is exactly where he wants to be. He doesn't have to hide anymore, and he has his incredible soccer skills where he puts the ball where he wants.

“I didn’t have to act like someone I really wasn’t, which I was doing my entire life. I’ve never had a feeling of relief like this before.”