Parents were also able to watch from the stands. There are no restrictions on sports in St. Charles County.

As Incarnate Word Academy shortstop Macy Brown rounds home, her mom beamed from the visitors' section over a moment she thought would never see.

"She was so thrilled, so excited. It seriously just brings tears to my eyes, she was so excited," mom Missy Brown said.

It’s the first game of the season for Incarnate Word’s softball team, which had expected to be a month into play by now. The team was invited to play against Lutheran High School in St. Charles County at Alice Achelpohl Field.

"We were just so thankful and grateful for the support of the Board of Trustees at Incarnate, our president, and [everyone] for just helping us get to this point," Missy Brown said.

As the innings pass, the team that thought they might never hit the field hits one run after another. Incarnate Word won the game, 13-1.

"I think it is important that every student be allowed to have a well-rounded education," IWA President Randy Mikolas said from the stands. "As much as academics are really important, this is another aspect of their lives that is very important for them also."

Earlier on Tuesday, St. Louis County council voted against two bills that would have limited the county executive's power, including the guidelines placed on high school sports.

On Sunday, parents and students gathered at the edge of St. Louis County Executive Sam Page's residential street, chanting the message "let them play." There was also a protest at the county office in downtown Clayton on Monday.

Page has defended his decision on the new guidelines. The positivity rate for teens ages 15-19 is five times higher than the rate for kids younger than 10, according to St. Louis County's coronavirus data.

"Following the advice of our experts here in St. Louis County, we have different demographics, different conditions, and we have a very alarming positivity rate, 15 to 19 year olds. And that's why we made those decisions," Page said during a briefing on Sept. 11. 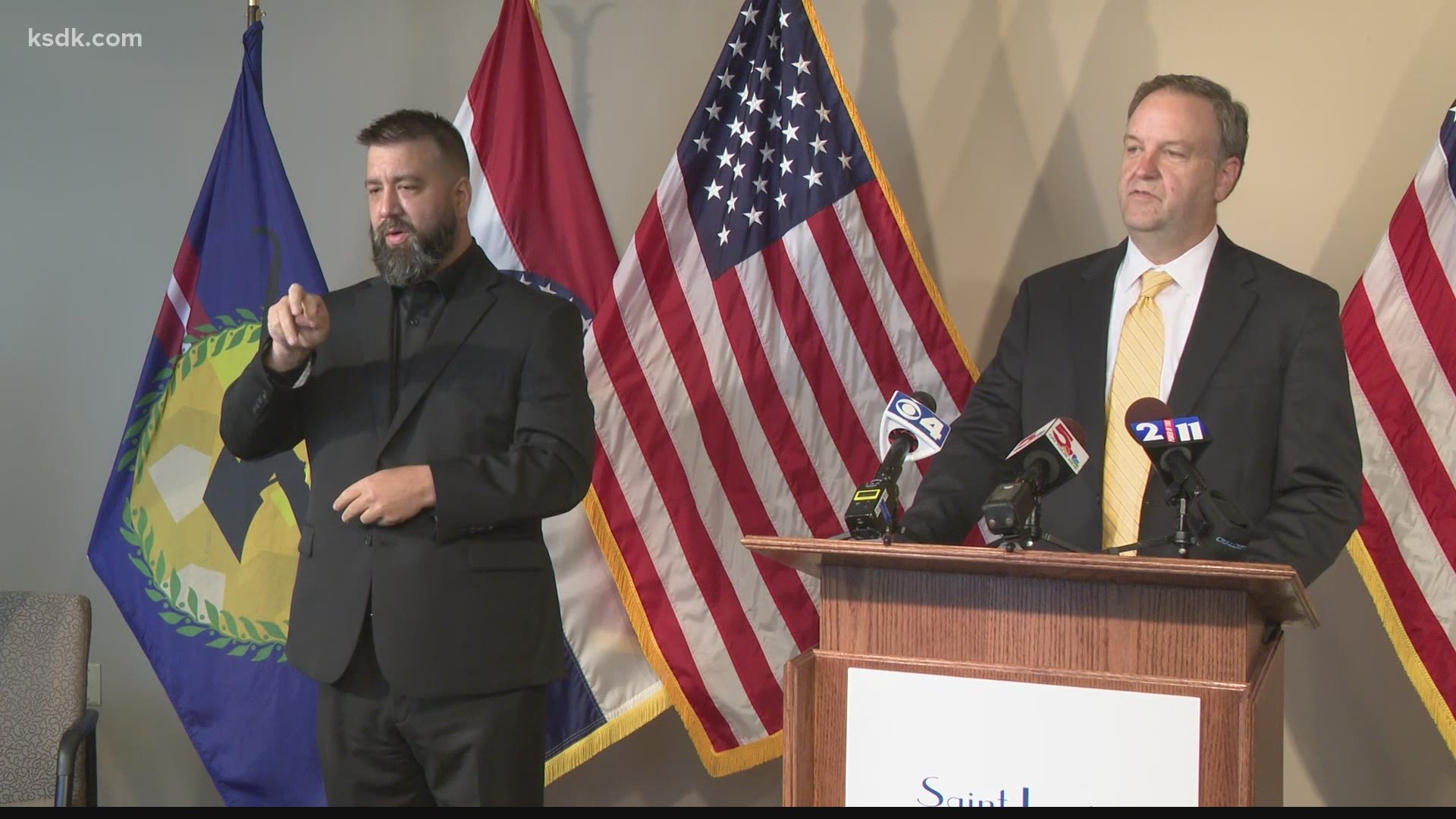 Incarnate Word Academy's team was scheduled to play 18 games and three tournaments this season. Now they'll be lucky to get half as many games and just one tournament -- all of them outside St. Louis County. But parents and students say they were happy to give up home-field advantage for a chance to play at all.

"We have been waiting for a while for high school season to start," Shell Boyd said as she rooted on her daughter, Mia Boyd. "She's a senior this year, and she has been working towards this moment. So we are kind of glad that we got an opportunity to come out this way."