Inside the bar that started it all: 'PLAY Gloria'

St. Louis fans travel all the way to the east coast to support the Blues at The Jacks NYB Clubhouse. 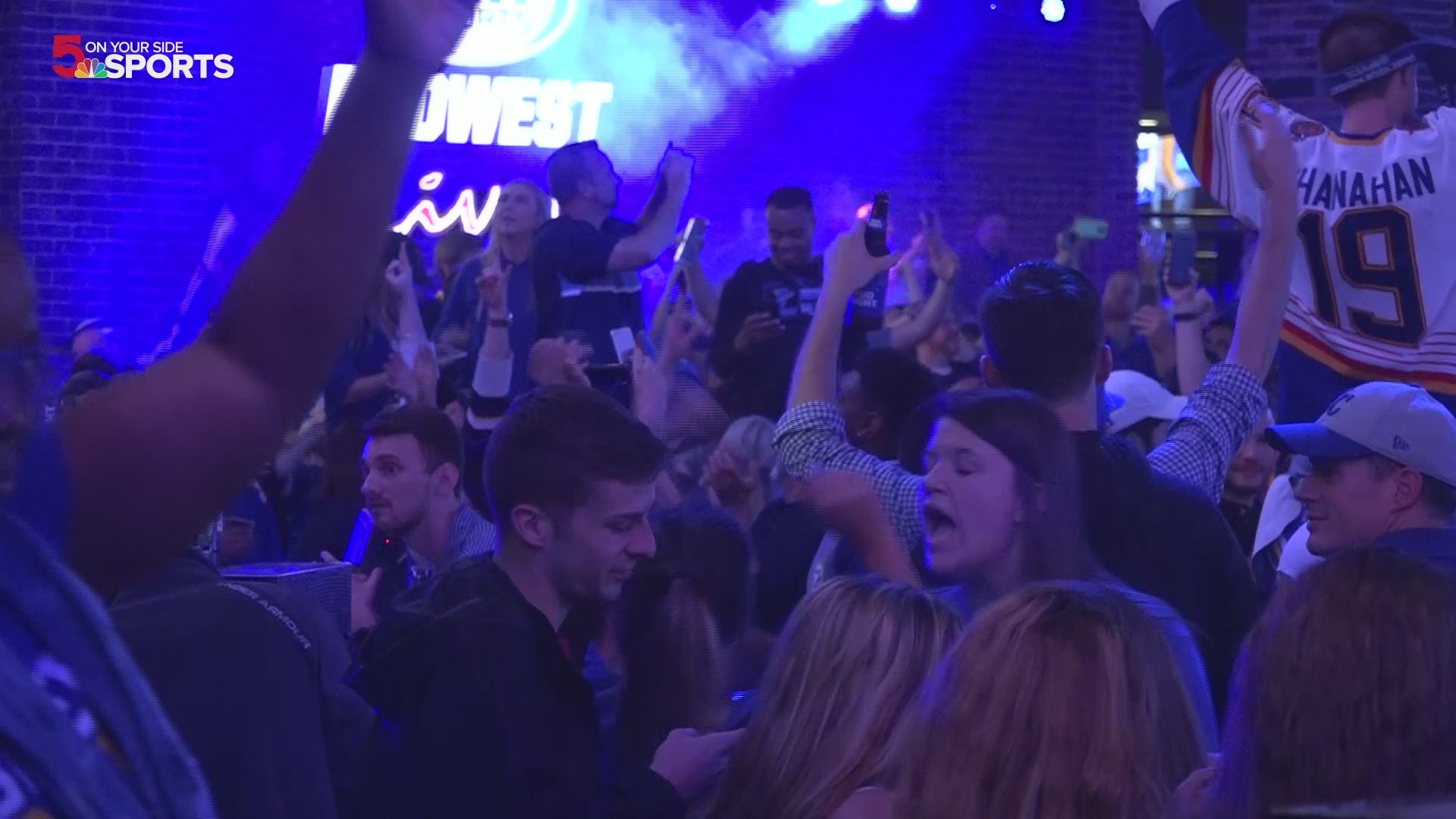 PHILADELPHIA — Everyone pretty much knows the story behind the Blues’ victory song ‘Gloria’ by now.

From restaurants creating Gloria specials—to clothing stores selling Gloria apparel—to local radio stations playing the song for 24-hours straight… St. Louis has jumped on the bandwagon with the Blues on this one.

We shared the story about the history on how the players decided to make it their victory song, but we have never shared the details about the bar who made this happen in the first place.

RELATED: Here's the story of the Blues' victory song, 'Gloria'

The NHL posted the story awhile back and The Jacks NYB shared in on their Instagram in February.

The Jacks NYB has since morphed into a St. Louis Blues bar, adjusting its members only policy to allow in Blues fans and posting social media updates of wild crowds gathered during the NHL Playoffs.

The bar shows their full support of the Blues on their Twitter, Facebook and Instagram accounts and many St. Louis fans have started following them. They even have a Blues flag hanging outside of the bar.

St. Louisans even traveled to Philadelphia to watch the game at The Jacks NYB on Tuesday night and here is some fan reaction the bar's Instagram after the Blues clinched the Western Conference Championship against the Sharks.

The bar is even selling 'PLAY Gloria' t-shirts now and is promoting the shirts on their Twitter account.

The bar has sold more than 1,000 shirts already and they are being delivered all around the world according to their Facebook account.

Now that the Blues are playing in Boston on Monday night, many fans will likely be back next week to The Jacks NYB Clubhouse.

I have to hand it to Philly, their sports fans are some of the most welcoming to outsiders.