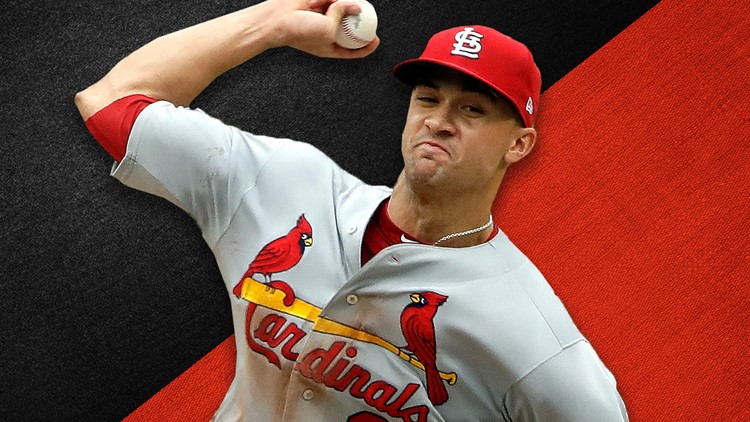 Jack Flaherty is the best pitcher in baseball right now

ST. LOUIS — I suspect if you're reading this you've seen at least some of the stats by now.

But just for good measure, I'm going to give them to you again.

He's now in the top 10 in all of baseball in ERA, opposing average and WHIP and is leading virtually every post all-star break category.

RELATED: Making the case for the Cardinals to re-sign Marcell Ozuna

Are those enough statistics for you? Well too bad, I have a few more.

Flaherty has gone at least six innings in all but one of those post all-star game starts, and the one he didn't go six in, he didn't give up a run.

Streaks as dominant as this don't come around often, if ever.

At the all-star break, the Cardinals needed someone to step up as an ace in their rotation to help bring some stability to the season, and Flaherty has more risen to the challenge.

If the Cardinals were going to make the playoffs, they needed a horse. They needed a guy to step up and take ownership of being that number one in a playoff series. Thanks to Flaherty's second half, that's no longer a question mark for the Cards.

Even if they can't hold onto the division lead over the Cubs (they currently lead by 4.5 games), a wild card match up against Max Scherzer and the Nationals doesn't look nearly as insurmountable now as it did before Flaherty's emergence.

And although the bulk of this Cardinals second half schedule has been against non-playoff teams, Flaherty hasn't just feasted on the bottom feeders.

Against Houston, Chicago, Los Angeles and Milwaukee in the second half, Flaherty has gone 26 innings and given up four runs. That's an ERA of 1.38.

Flaherty is ready for the postseason spotlight. His historic second half has confirmed his status as an ace. Now, it's just a matter of seeing how long he can stay this hot.

I wouldn't bet against him.