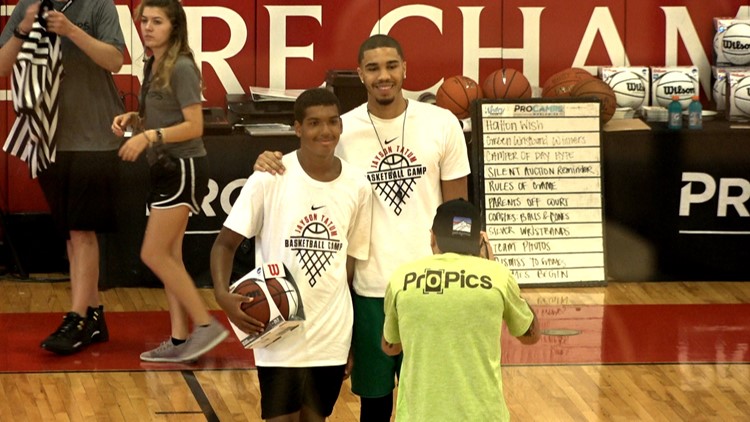 Jayson Tatum proud to help out the youth in St. Louis

ST. LOUIS — Earlier this week, hundreds of kids were packed at the gymnasium at Chaminade to not only show off their hooping skills, but to hear a very important message from a guy who used to be in their shoes.

“For me it’s just coming back and showing kids you can make it out of St. Louis, whatever your dreams and aspirations are, you know we come from the same place and everything is possible,” former Chaminade star Jayson Tatum.

Tatum said he didn’t have the best life growing up, but he learned a valuable lesson from his brother and role model, Bradley Beal.

“He’s always been a guy that wanted to give back and we have the same mentality,” Tatum said.

Just days ago Beal announced he’s bringing his own basketball arena to the Lou.

Days after that, Tatum went back to where it all started, Wohls’ Recreation Center and made a donation of his own.

"I know a lot of people from down in that area who you know, probably can’t afford to come to a camp like this so donating that court and having a free camp is something that was a no brainer to me," Tatum said.

It’s a no secret Tatum is destined to be a star, but when it’s all said done, he wants people to remember him for more than just the basketball layer.

"A guy that did a lot off the court, a high character guy that cared about his community and where he’s from and always looked to give back and interact with the kids," Tatum said.