Sam was taken by the Rams in the seventh round, and was the first openly-gay player drafted into the NFL 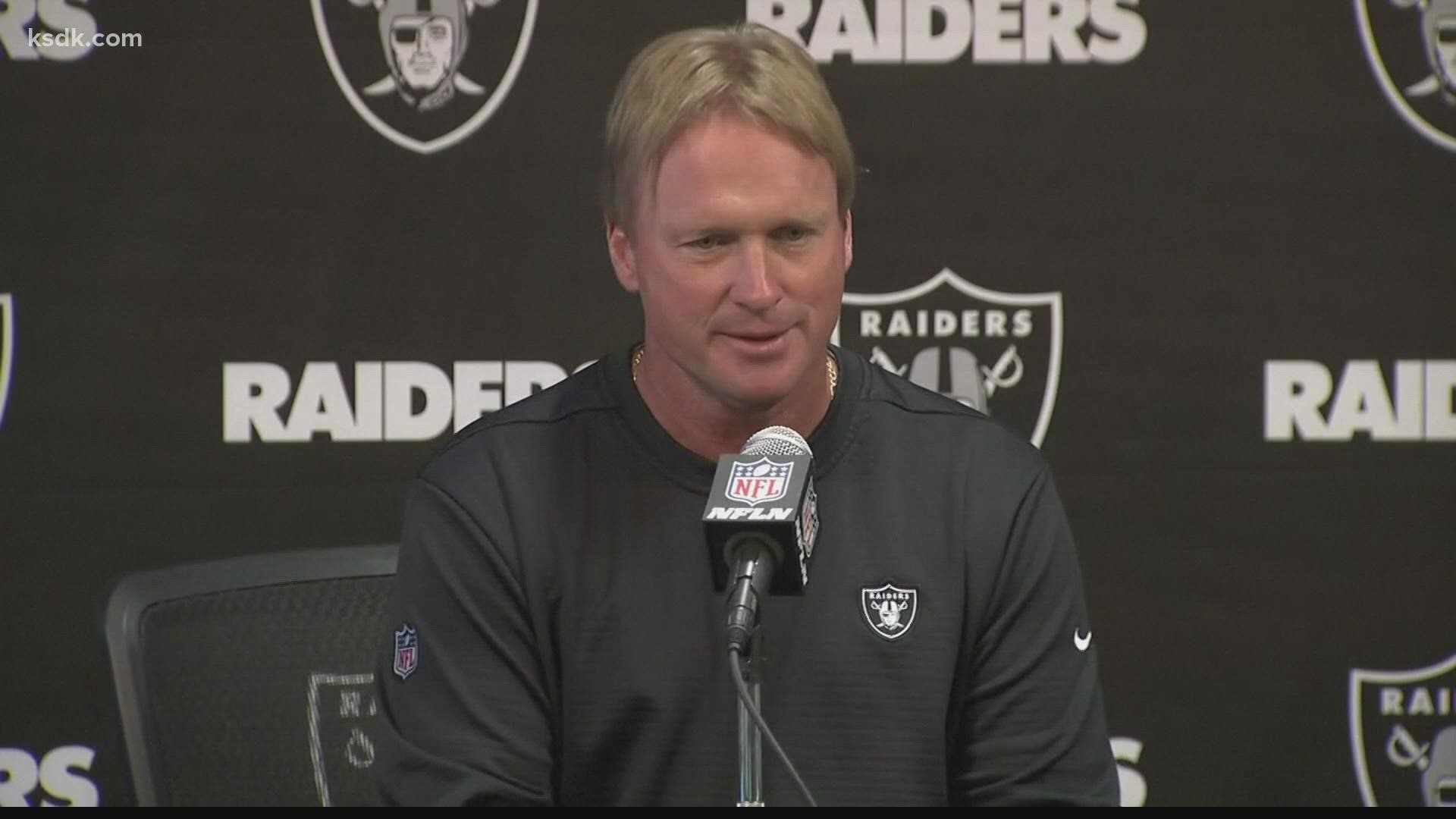 Gruden resigned as coach of the Raiders on Monday night after emails he wrote over a 10-year stretch surfaced that contained racist, homophobic and sexist comments.

Then, The New York Times published a report that included many more emails, where Gruden used homophonic and sexist language.

Gruden resigned as head coach of the Raiders soon after the report from the Times came out, saying he did not want to be a distraction.

One of the emails that was leaked centered around the then St. Louis Rams decision to select former University of Missouri defensive end Michael Sam in the 2014 NFL Draft. Sam was taken by the Rams in the seventh round, and was the first openly gay player drafted into the NFL.

According to the emails obtained by The New York Times, Gruden emailed then president of the Washington Football Team Bruce Allen, that NFL Commissioner Roger Goodell should not have pressured the Rams to draft "queers", referring to Sam.

Sam never played in a regular-season game for the Rams or any other NFL team and has since retired from football.

Former St. Louis Rams head coach Jeff Fisher took to Twitter to explain his view of the story, and the decision on how the Rams came to draft Sam.

"Michael Sam was the SEC Co-Defensive Player of the Year in 2013, and we selected him in the 2014 NFL Draft based on his defensive production and pass rushing skill set on the field.

As a head coach for over 20 years, we drafted or didn't draft, players based on a variety of their qualities. Their sexual orientation would never - and should never - play a part in the decision-making process.

I continue to support Michael, and his decision to come out as the first draft eligible openly gay player in the league. It took courage to serve as a role model for those competitive football players who may also happen to be gay.

Lastly, the NFL never encouraged or discouraged me regarding the selection of a potential prospect," Fisher wrote on Twitter.

Jumping on Twitter to clarify the below.
Hope everyone is doing good.😎👇🏽 pic.twitter.com/4bqFDUYSR6

Gruden's emails that eventually led to his firing were leaked as part of an investigation into misconduct in the Washington Football Team organization. The NFL Players Association has said it plans to request the NFL release the rest of the emails in the investigation, which total 650,000.