'It reminds everybody that it's not all fun and games. It's real.' | Kenny Wallace talks about Ryan Newman crash, memories of Earnhardt 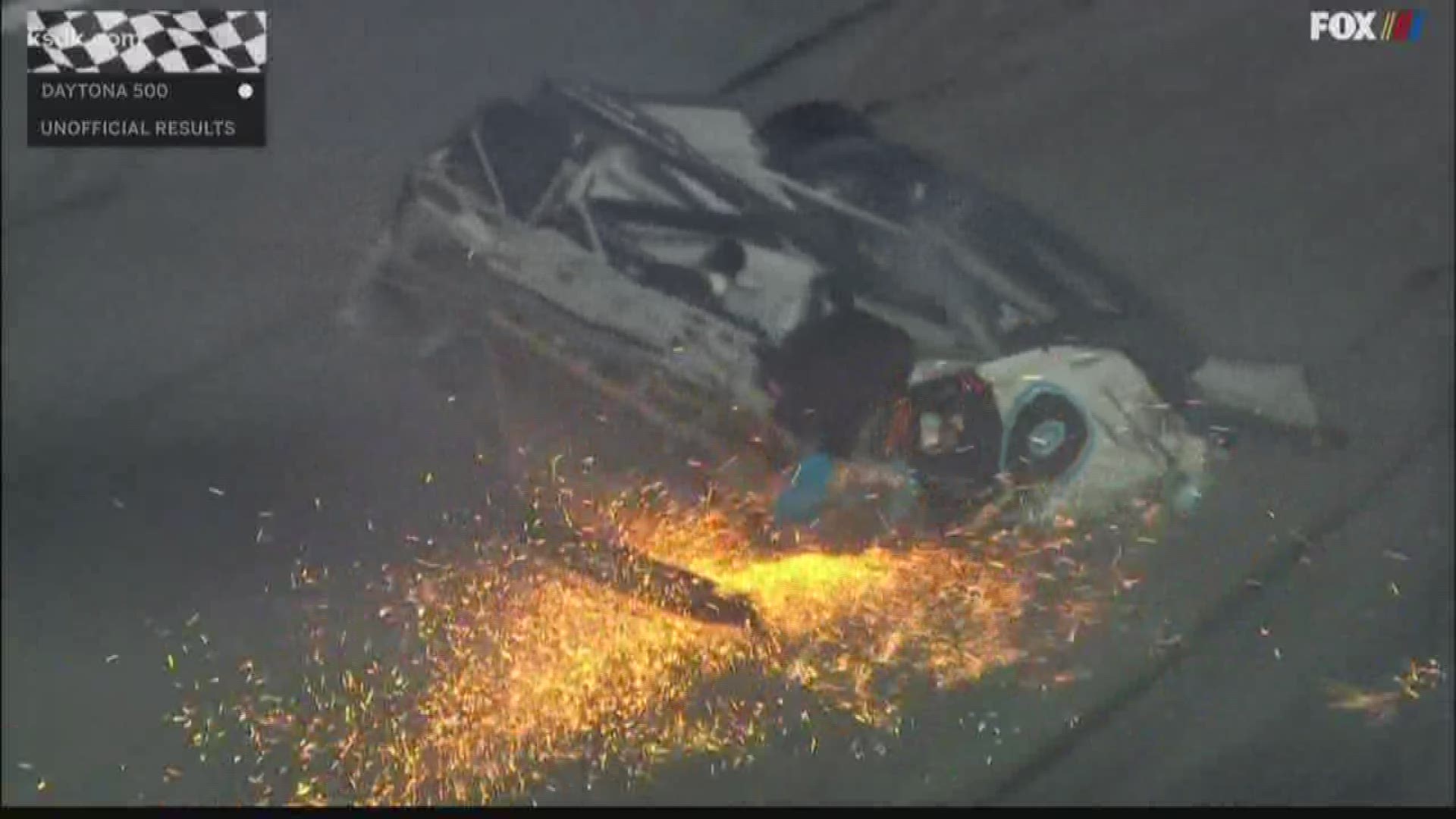 ST. LOUIS — The ending of the 2020 Daytona 500 on Monday night is the talk of sports but not for the reason anyone was hoping for.

When driver Ryan Newman's car went airborne on the last lap, was hit by another driver and then skidded on its roof to a fiery stop, the collective breath of everyone watching was cut short.

Nineteen years ago Tuesday, Dale Earnhardt Sr. was killed in a wreck at Daytona. It was a day Wallace remembers well, because he was there.

"I was in that Daytona 500. I was racing... I wrecked out halfway through that Daytona 500. I was there when he wrecked, but I didn't know the severity. It wasn't 'til we got to our airplane, the team plane and the pilot turned the motors down and said, 'Guys, I'm sorry to tell you, but we lost Dale Earnhardt.' It was just a devastating blow, and it still is to this day," Wallace said.

"I'm jaded. I know too much about the sport. I was looking at the angles he hit. What killed Dale Sr. was the angle he hit. The sudden stop. So, I was looking for sudden stops with Ryan Newman's wreck. And I saw one." Wallace said. "It was when he was flying in the air and Corey Lajoie hits him while he's in the air. And we worry about sudden stops. When Ryan was flipping it was all okay. But it was that hard hit that takes the brain and pushes it up against the skull, and that's what I was worried about."

Wallace has been in his own share of wrecks. The Fox High School graduate owns 905 career starts on the NASCAR circuit. That's the 12th most all-time.

Here's how he breaks down what happened on the last lap of this Daytona 500.

"Mind you, Ryan Newman is leading and going to win the Daytona 500. He's one football field away from the checkered flag. He's leading. He gets spun out. Nobody's fault. Biggest race in your life, trying to win it. But now where are we going to hit? When that has happened to me before—and it has—your natural reaction is to close your eyes, you don't want your eyeballs to pop out, you're thinking and bracing," Wallace said. "You're literally out of control at that point. You're trying to save it until you know you can't save it anymore."

Newman was taken to the hospital after the crash with "serious" but "non-life-threatening" injuries. It is now being reported that he is still being treated but that he's awake and talking to family and doctors.

So, now the question: Why would anyone ever get back into a race car after going through something like that?

"It's a great question. Why do any of us get back in the race car? I think it's a way of life. But we don't become race car drivers because we think we're going to cheat death," Wallace said. "It's no different than a Major League Baseball pitcher pitching and the ball comes back and hits him in the face. That's just not going to happen. Some pitchers go their whole careers and that never happens, but some it does. And that's how it is in racing. When we go racing we don't think we're going to get killed. These are freak situations."

Sports have long been a way for all of us to disconnect from the world and find enjoyment in competition and expression. But sobering moments like what happened to Newman on Monday, and Earnhardt 19 years ago, remind us there's a bigger picture.

"It reminds everybody that it's not all fun and games. It's real," Wallace said.