He went from a star at Althoff and SLU, to an Olympian and eventually an MVP in Australia. Now, Kevin Lisch has called it a career

ST. LOUIS — One of the premier basketball players from the St. Louis area in the last 20 years has called it a career.

An Althoff graduate, Lisch starred at SLU for the Billikens from 2005 to 2009. At SLU, Lisch averaged 13.7 points and 2.6 assists a game over four years and was a career .395 three-point shooter.

After his time with the Billikens, Lisch headed to Australia, where he became one of the country's biggest basketball stars.

Lisch also had the opportunity to star on the biggest stage in sports: the Olympics.

He became an Australian citizen and was on the Aussie team that took fourth place in the 2016 Rio Olympics.

Lisch's last team, the Sydney Kings, announced he would be staying on with the them in another role. 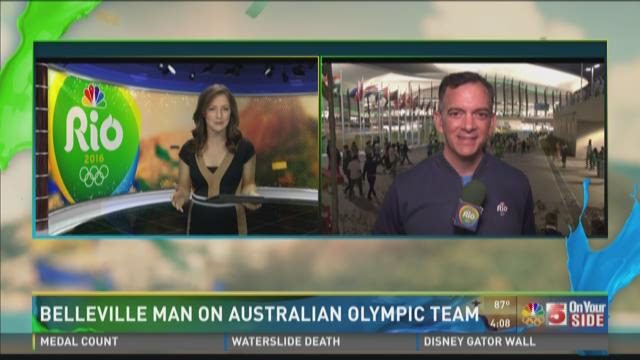 RELATED: 'We’re going to get some exposure for our kids' | Local AAU coach is finding ways to help former and current players during the pandemic

RELATED: 'It was a perfect storm' | Bob Costas looks back on Michael Jordan and the championship Bulls teams of the 90s