Opinion | Why a Tony La Russa comeback is good for baseball, but possibly not for Cardinals fans

Tony La Russa crashing the new age baseball party will be good for the game. A baseball genius with a good roster always has a fighting chance. 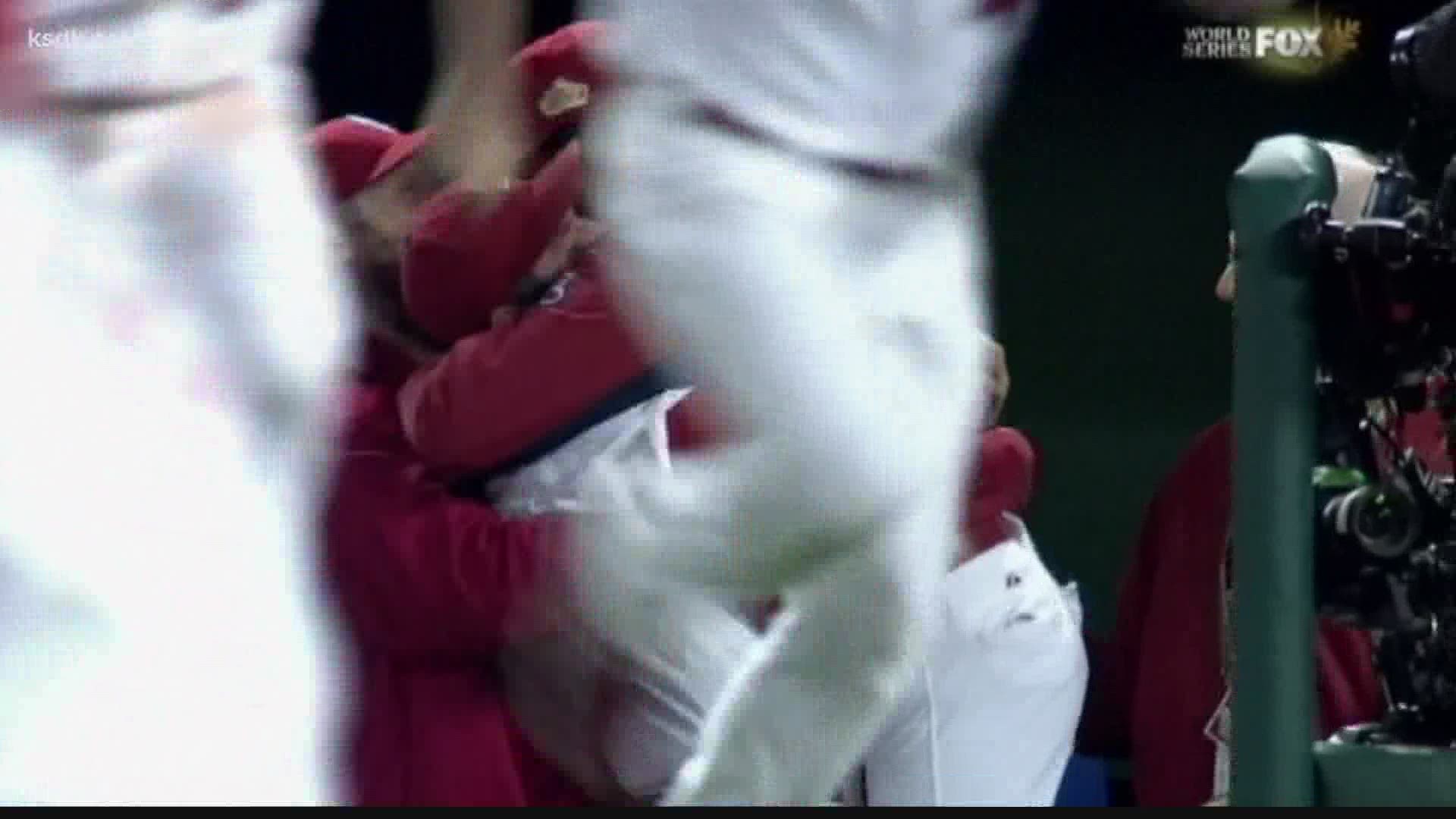 ST. LOUIS — In a shocking turn of events, Tony La Russa is back managing a Major League Baseball club. Back where it all started, with the Chicago White Sox. 2020 still isn't finished pulling the rug out from under us in different ways. Some would call it endless torture, but this news is exciting for me. Allow me to tell you why.

La Russa is a baseball genius. It's that simple. Why do people think that suddenly drifts away at a certain age? Where is that written in the medical books? La Russa's mind is rock solid and he still has a hunger for the game.

He's stuck around the ballpark in different jobs since his last managing gig, which happened to be the St. Louis Cardinals in 2011. A World Series was won, jerseys were shredded, a Freese was crowned king of The Lou. Good times. Old times, really.

Tony is good for baseball. The game doesn't have to be overrun with young former player minds just yet. Other managers have battled back from worse things than old age. Los Angeles Dodgers manager, Dave Roberts - who is enjoying a World Series champion honeymoon - battled cancer and won. Joe Maddon is 66 years old. I wonder if his brain will self-destruct in a few years. La Russa is 76 years old and ready to get back into constructing a winner. That never gets old.

A manager receives a package from the front office. It's a 25 man roster, and he has to construct something useful out of it before the standings bury you in the ground before the dog days of summer truly hit. La Russa has achieved this with three clubs, including his current South Side organization. He has won three World Series championships, with decades between the first and second. To say that latching onto a fiery and talented young roster in Chicago is a bad idea, Cardinal legend or not, is strictly uncivilized.

I see it differently. In an offseason where the Cardinals aren't interested in retaining Gold Glove-winning, Fielding Bible champion-defending, on-base machine ballplayers, hearing about La Russa gets the juices flowing for next season. While the Cardinals shave payroll, and wins from their 2021 record, La Russa can attempt the unlikely a few hours up I-55. I may tune in and acquire a White Sox game package. Something wild like that.

Love or hate his methods, but La Russa has the third most wins in MLB history for a reason. He's a practitioner of the highest order in baseball, bending a roster to his will when necessary. He doesn't follow every single order from a GM like a boy scout would from his troopmaster. When La Russa was in St. Louis, he molded a trust with Walt Jocketty that led to some entertaining baseball and bold endeavors from the dugout. It was his world, and no one else's.

I am sure the control in Chicago rests with him. Jerry Reinsdorf has admitted that allowing La Russa to walk was a huge mistake, the worst of his career, which spans multiple sports. La Russa already has a trusted catcher in Yasmani Grandal, whom the White Sox just signed to their largest contract in team history a year ago. He has pop with Tim Anderson, Jose Abreu and one of the Cardinals' biggest misses, Luis Robert. He'll craft something special out of the pitching staff and make it work. He always does. It isn't like La Russa came back to resurrect the Pittsburgh Pirates or something.

Here's a wild theory. With the Cardinals passing on the aforementioned Kolten Wong, who joins Yadier Molina and Adam Wainwright and free agents for the first time in their St. Louis-based careers, could La Russa and Chicago pull off a few more heists and really break some hearts around here? Allow me to bring into your mind a turbulent storm that won't go down easy yet should register heavily later on.

What if the Cardinals balked during their talks with Molina, and he gets out his phone to text La Russa. And then Adam Wainwright becomes a budget-cutting pandemic maneuver for Bill DeWitt Jr. and John Mozeliak. Well, Wainwright would pick up his cell and call his buddy Yadi, who reports to him that the White Sox are spending like a new bank. Both walk.

But then, La Russa calls one of his old lieutenants. I'm talking about Molina's other best friend, Albert Pujols. All of them assemble in Chicago's South Side, next to the rugged Gallagher family of "Shameless" fame, and go after another championship. Four old lions going for one last gold rush. Something about me is attracted to this thought, while I spend most of the day hating it. Imagine if La Russa tells Jerry to open the checkbook and satisfy his soul, reteaming all his past legends. Maybe Mark McGwire comes on as hitting coach and Chris Carpenter as pitching coach. And then a year from now, they are all hoisting the Commissioner's Trophy. What?!?

Happy Halloween! Haha! Catch your breath. Little of that is actually happening. Just having some fun. You know, the kind of thing the Cardinals will do their best to allude. Don't tell me about 2019 and the near-World Series attempt. Come on. That team walked into the NLCS and were thrown out of the bar within minutes. It was pathetic and weak. So, let's just skim back to the last NLCS appearance, which was 2014. They were dusted off in five games there. When will be the next time a Cardinals team kicks off a season with true pennant intentions? The answer is unclear. Without Wong, the infield defense gets a lot worse. Without a real bat, the lineup will stink.

La Russa's White Sox rebirth sounds so much more fun right now, especially his place in a game that is becoming increasingly overrun by numbers and advanced sabermetrics. Pardon me if I pay it some attention while the hometown sits on their hands and waits for the pandemic to tell them what can be done.

Have some fun, Tony.