Laila Anderson has been an inspiration to the Blues all season long. 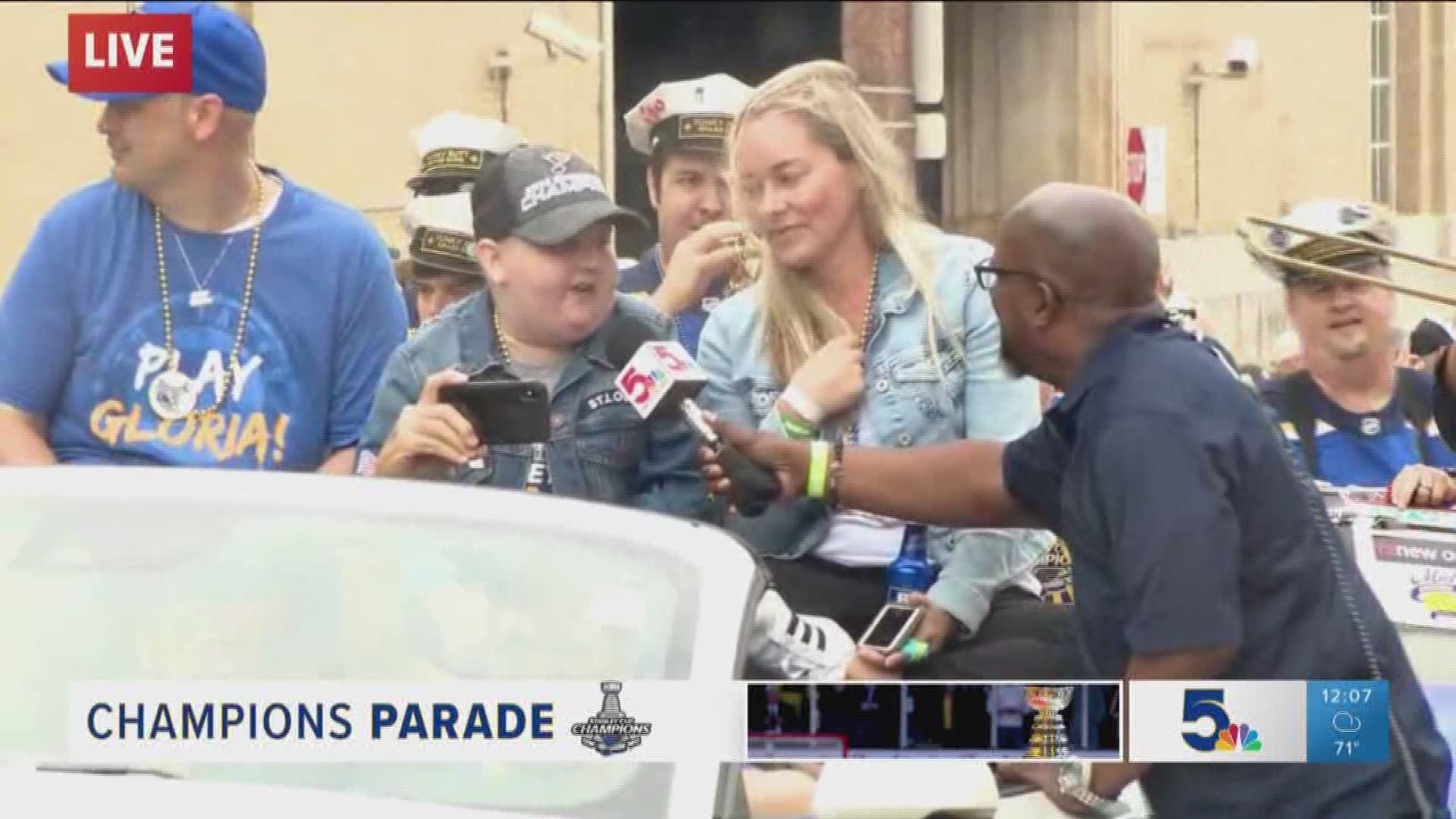 Laila has been an inspiration to the Blues all season long.

Rene Knott asked Laila if she could believe it and she replied, “I mean, I never doubted the boys, so I can believe it!”

She has never doubted her boys.

The night the Blues won the Cup, Laila was right there and kissed the Cup!

There is a petition to have Laila's name added to the Stanley Cup – it has over 10,000 signatures.