'I want to be a pediatric brain surgeon. I want to go to Yale and I want to be something big later in life.' St. Louis' sweetheart Laila Anderson has some big goals! 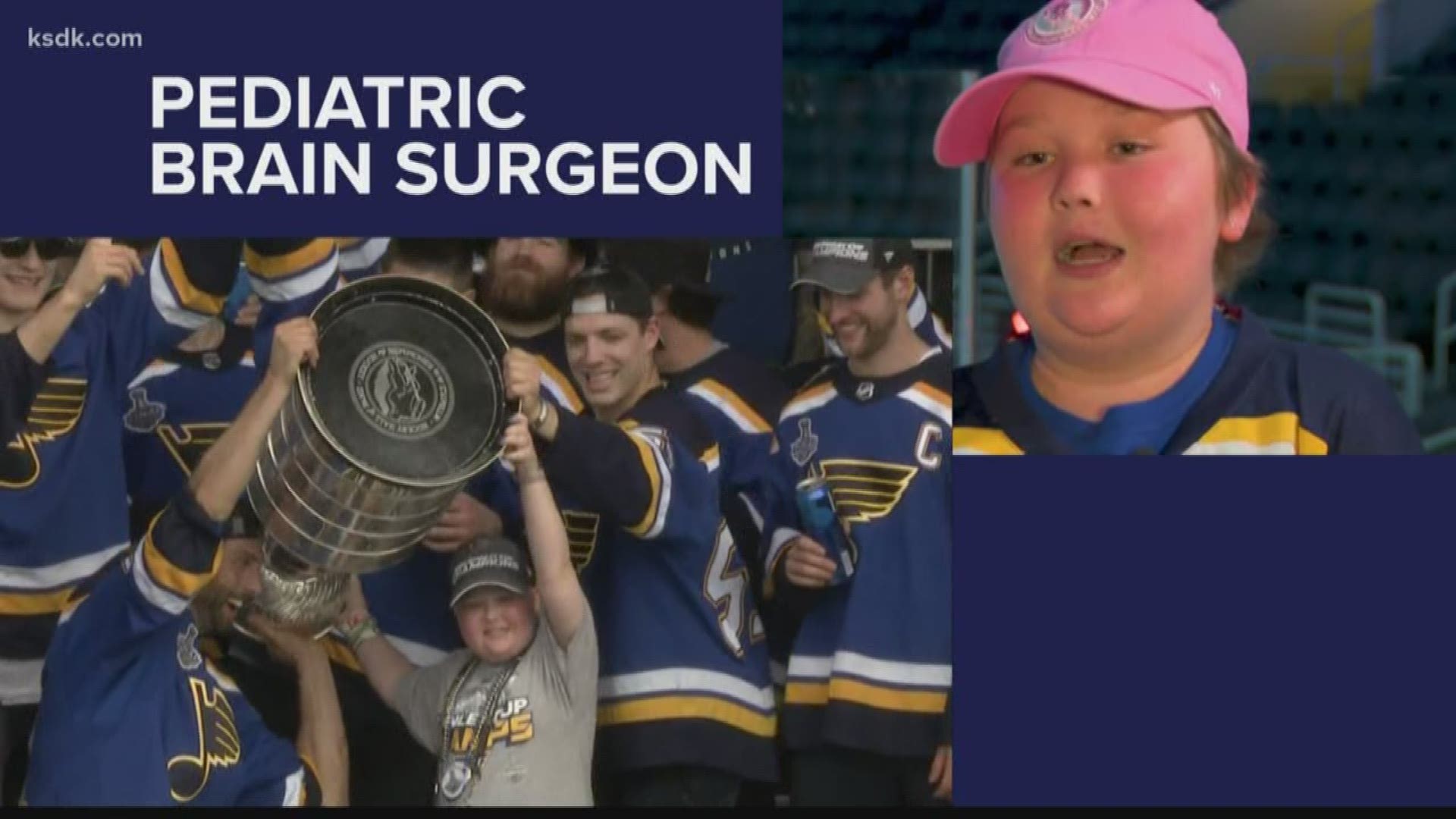 ST. LOUIS — It wasn't hard to fall in love with Laila Anderson this past spring and summer.

By now, her story is known by just about everyone.

5 On Your Side Sports Director Frank Cusumano sat down with Laila in October, now that she's a full fledged St. Louis celebrity, for a game of fast paced question and answer we like to call "Hit and Run".

Here are some of the highlights from our interview with Laila:

Frank Cusumano: "What's the percentage of times where you now go to a restaurant where you're recognized?"

FC: "Where does your courage come from?"

LA: "It's what my parents taught me and it's all I know of."

FC: "Favorite hockey player not on the Blues?"

FC: "So explain why you want to be a pediatric brain surgeon."

LA: "I've always been interested in medical things. Ever since I was really little. And then after I got a brain biopsy and realized how much it sucked I just wanted to help as many other people as I can."