'Let Tania play!' | Arlington soccer team fights to get player back on team

The Arlington Soccer Association said she aged out, but the team said the policy unfairly affects immigrants who have to repeat grades, like Tania. 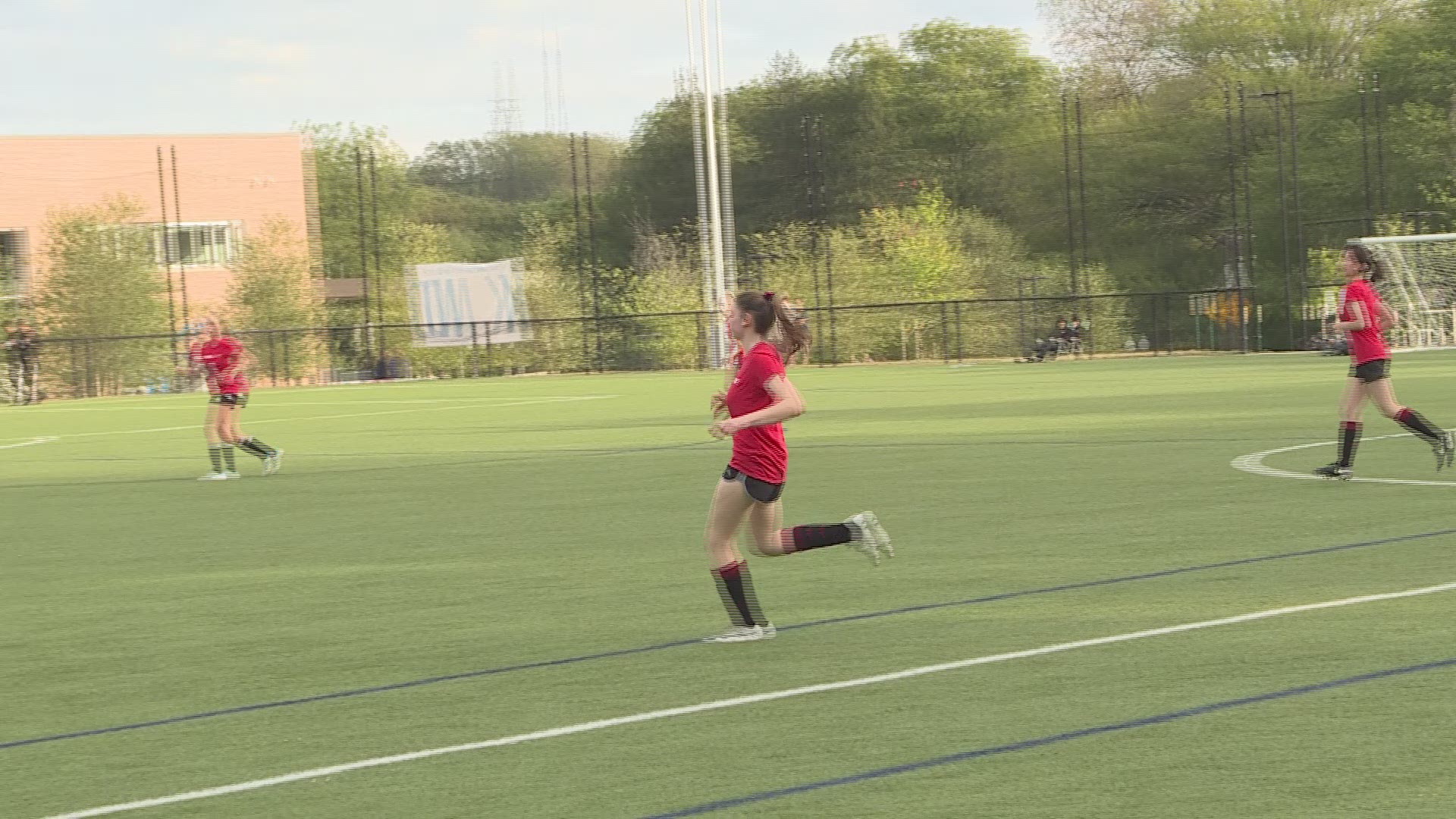 ARLINGTON, Va. — To 19-year-old Tania Mendez, soccer is everything, and her Arlington team is family.

Unfortunately, the Arlington Soccer Association said her age trumps her status as a high school senior, so she can't play on a rec league for her final year.

Confused and angry, her teammates staged a protest at Saturday's game.

“It bothers me in a serious way, because I see my team as my family, and the reason that Tania isn’t in the place that everyone else is for senior year isn’t anything that’s her fault," said senior Natalie Herrity.

Mendez had to repeat eighth grade after immigrating to Arlington from El Salvador at age 14.

"I didn’t know any English, so I had to take an extra year to improve my English, and that’s why I’m 19 now and still in high school," she said.

The 18-year-old age limit is listed in the Virginia Youth Soccer Association's handbook. However, US Youth Soccer lists the maximum age as 19 years old.

The President of the ASA's Board of Director's provided the following statement Saturday:

“At Arlington Soccer, we are committed to providing soccer opportunities to players of all backgrounds and abilities in a manner that encourages personal growth and a love of the game. While we are not able to provide details about individual players, we are required to comply with the rules and policies set forth by US Youth Soccer and the Virginia Youth Soccer Association, including those related to player age. Regrettably, we recognize the enforcement of these rules may cause challenging situations for some of our players and teams, but we must enforce these regulations among all players across our leagues.”

“We were surprised by that, because we had another player in the spring in the exact same situation," said one coach, Andrea Leeson. "Supposedly she was too old, and we heard from ASA, but no problem we’ll go ahead and waive it and she was good to go and played.”

Her fellow coach shared an email from February confirming that the league allowed an older player to join their team in the spring.

To fight back, her teammates sported 'Let Tania Play' t-shirts and took a knee at Saturday's game, pledging to play one man down.

For a young woman who has overcome a lot of challenges, Mendez said the gesture meant a lot.

“Soccer for me is everything. Every time I play soccer, I forget everything else… and my team it’s not just a team, it’s my family," she said.

Her coaches fear in a rec league of more than 6,500 kids, there are bound to be others forced out.

“This is a rec league. We only play other kids in Arlington. We are not going after the state cup…so it really impacts no one, but it hurts a lot," said Coach Leeson.