"I mean, anything we can do to reduce concussions in athletes, it’s going to be a home run."

ST. LOUIS — We’ve seen the big hits and the nasty falls in all sports.

But what we may not see is the impact these collisions are having on kids and their brains.

“You know, we used to think it would take 10-20 collisions before people have symptoms that last forever. Now it might be one hit,” said sports medicine doctor Steve Stahle.

Stahle said football is well-known as a dangerous sport, but it isn’t the only one.

He said they’re still researching why that is. In the meantime, Shane Cashion and Devin Sauer were doing some research of their own, trying to find a material that could combat concussions.

“This came about, about five years ago, at that time the concussion crisis was just becoming a hot button issue,” Cashion said.

“It was a no-brainer to basically get together and be involved in a business that you could have fun with and also try to make a difference,” Sauer said.

After five years of research, the two started with HG1, a headband for soccer athletes.

“We’ve gotten it down to basically a minimal thickness but with maximum protection,” Sauer said.

Let’s not forget to mention -- it has some style points.

“The kids don’t want to look like dorks, they want to have something cool,” Cashion said.

That was just the beginning, the material was a winner in the NFL Head Health Challenge, and that prompted them to dip into other sports.

That’s where SURCO, a company specializing in sports foam comes into play. It’s one of the manufacturing sites where they make the cutouts for the inside of football helmets and shin guards.

Cashion and Sauer said what started out as a plan to help their kids’ safety, turned into what they see as, a life-changing product.

“At first blush, it was to provide assistance to help these kids reduce concussions because it really is an epidemic,” Cashion said.

“It’s got such great applications for so many different things and when we realized its potential, in the course of what we were doing we were like man we have to do that,” said Sauer.

And Stahle sees this product as a win-win.

“I was excited," Stahle said. "I mean, anything we can do to reduce concussions in athletes, it’s going to be a home run, no question."

To learn more about this product and what else it has to offer, you can visit their website, www.GOREOVO.com. 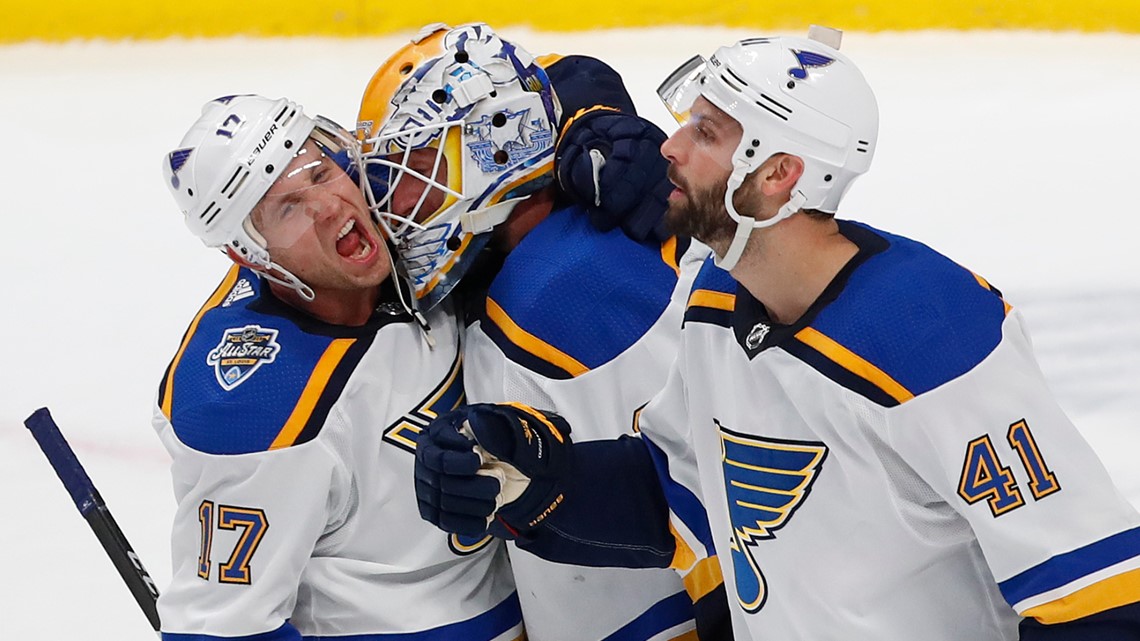 Are the Blues in line for a repeat? | 'It's really scary what this team can do'
ST. LOUIS - Mike "Doc" Emrick is the preeminent voice of hockey in America. He's so impressed with how the St. Louis Blues are playing this season, he believes the Note have a shot at being Stanley Cup champions again.