Alabama trounced No. 14 Miami and Georgia took care of No. 3 Clemson. Is this setting up for another SEC national champion? 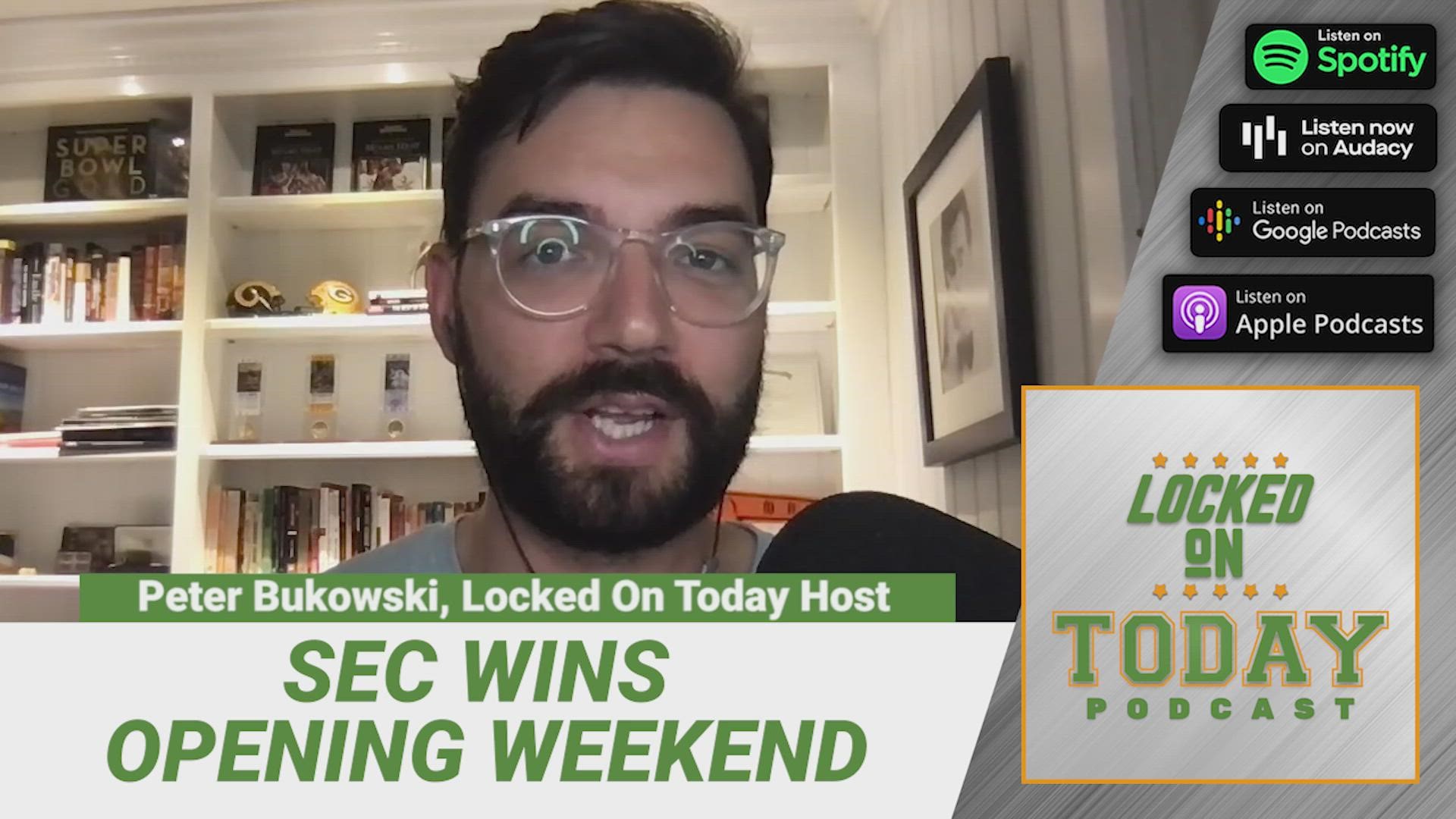 CHARLOTTE, N.C. — The Southeastern Conference looked great collectively on college football's opening weekend. Despite LSU's loss to UCLA, the conference won 12 of 14 games including No. 1 Alabama's trouncing of No. 14 Miami and No. 5 Georgia's win over No. 3 Clemson.

Is Georgia on Alabama's level?

Georgia won the premiere game of college football's opening weekend, allowing Clemson to do almost nothing offensively on their way to a 10-3 win. How close is Georgia to catching Alabama?

"It's hard to criticize Alabama, they look like the total package," Chris Gordy said on Locked On Today. "But this Georgia defense was lights out, I don't think Dabo Swinney has had his Clemson offense stymied like that in four, five, six years it feels like. Someone told me this would be the best defense Kirby Smart has had since he's been in Athens. We always think hyperbole, but I think they showed it on Saturday."

Does Nick Saban take the fun out of college football?

Alabama is virtually always a dominant team year in and year out. They've won six titles with Nick Saban since 2009 and they're the top ranked team again this year. Does Alabama's dominance take the fun out of college football?

"It's been like this for the last decade, it's not fun for anyone that's not Alabama," Gordy said on Locked On Today. "If you remember back in the late 2000's, Florida won a title, then LSU won a title then Florida won it, then Bama won it and then Auburn won a title, everyone was taking turns. It's really not fun for a lot of the other members of the SEC. They've slipped up a couple times here and there but for the most part, it's been Bama dominance and I think the rest of the country we're just looking at the clock until Nick Saban decides to retire."

SUBSCRIBE to the Locked On SEC podcast, your daily podcast for all things SEC football. Free and available on all platforms.

Also on today's Locked On Today:

What are we Locked On Today?

🏈No Lane, no problem for Ole Miss. w/ @dpence_
🏈Are the Saints being overlooked this season? @StaceyDales joins @Peter_Bukowski.
🏈Plus, does Nick Saban take the fun out of college football? w/ @ChrisGordy