Looking back on a year of Jordan Binnington

A year ago Tuesday, a legend began. Jordan Binnington shut out the Flyers in his first career start. The rest, as they say, is history. 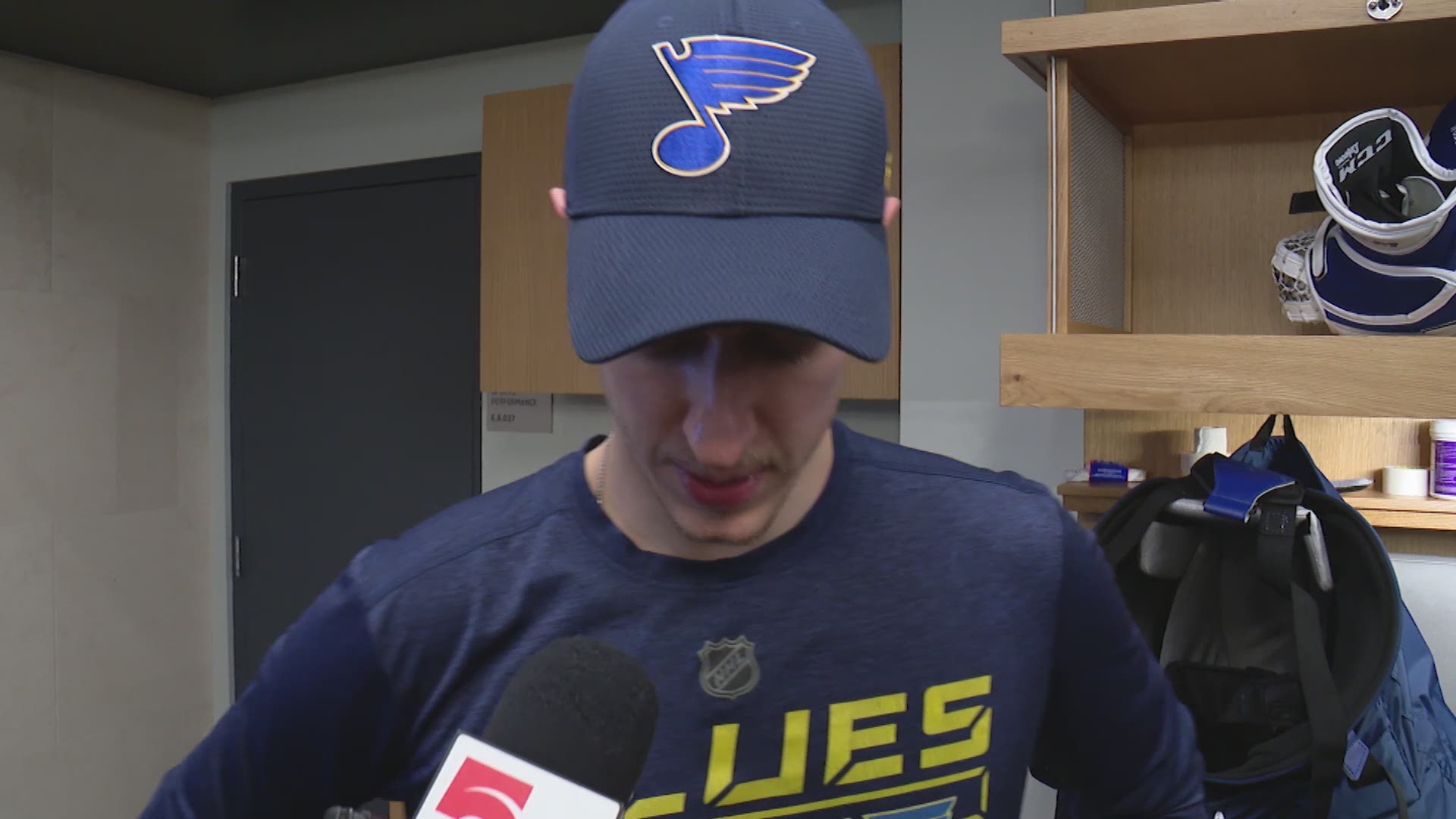 ST. LOUIS — It's the stuff movies are made of. From a fourth string afterthought, to leading a franchise to its first Stanley Cup.

On Jan. 7, 2019, the future of the Blues was forever changed. Jordan Binnington took his place between the pipes in Philadelphia to start his first career game. The rest, as they say, is history.

"I'm just going to try to take it all in and play my game and hopefully give the team a chance to win," Binnington told Blue Note Productions before his first start. "It's something a little bit different and I'm excited about it."

The rookie didn't just ease into starting in the NHL either.

He stopped all 25 Flyers shots en route to the shut out. Talk about announcing yourself. I guess we all should've know from the beginning.

Binnington would go 24-5 the rest of the season after seizing the reigns in January, winning nine games during the team's franchise record 11-game winning streak.

Watch: Jordan Binnington talks about his year in the NHL

By the end of the regular season, Binnington had the lowest goals against average and fourth highest save percentage of any goalie in hockey.

Then, when the playoffs started, the entire country found out about the Blues' rookie stud.

Binnington went 16-10 in the playoffs with a .914 save percentage. He was the first rookie goaltender to win 16 games in a single postseason.

Oh yeah, 16 wins also gets you a Stanley Cup. The first in the history of the Blues.

The infamously ice-cold goalie even let out some emotion during the Blues' championship parade, much to the delight of St. Louis fans.

In his second act, Binnington has been superb again. He has the second-most wins of any goaltender in the league this season, and was selected to his first all-star team.

The honeymoon phase for "Binner" and the Blues doesn't appear to be anywhere close to ending.

Other than Kurt Warner's improbable rise to Super Bowl champion in 1999 and 2000, we've never seen anything like the Jordan Binnington story in St. Louis.

And it all started with a chance in Philadelphia, a year ago Tuesday.

RELATED: 1 year ago, the Blues pulled themselves out of the gutter and towards the Stanley Cup