Looking back on one year of Barclay with the Blues

A year ago Tuesday Barclay the service dog became the newest member of the St. Louis Blues. The city has been in love ever since. 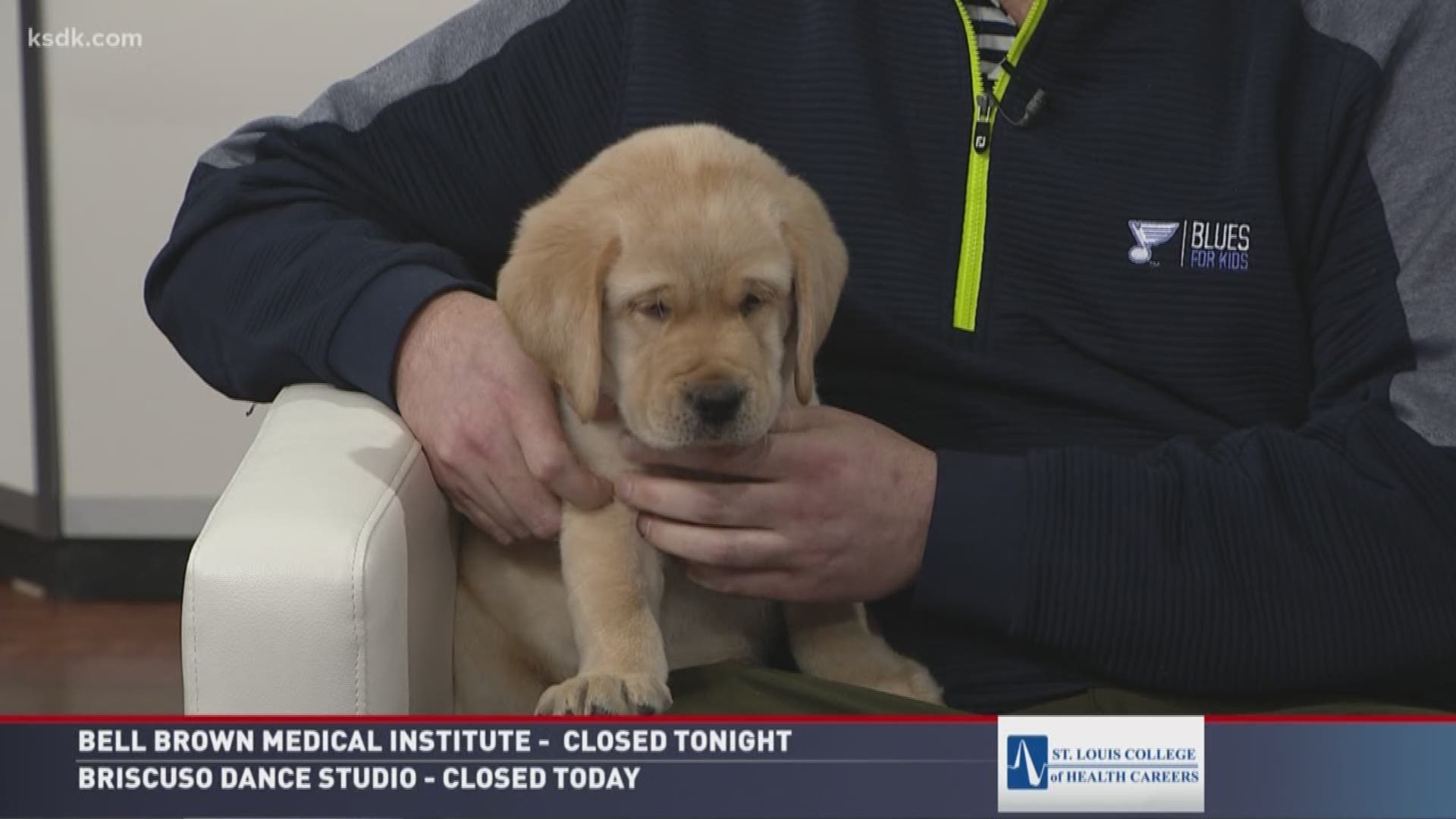 ST. LOUIS — Time sure does fly!

One year ago Tuesday the Blues added a new teammate to the mix when Barclay the service dog joined the franchise.

The Blues released this adorable video looking back on Barclay's first year.

Barclay has certainly had a busy first year as a member of the Blues!

It didn't take long for the very good boy to capture the hearts of Blues fans, and players.

Who could forget when Barclay "broke the internet" when he grabbed a stick and joined in on practice one day?

RELATED: WATCH | See the Blues' puppy Barclay on the ice!

And of course, when the Blues took home their first championship, Barclay became a certified "Stanley Pup".

That's a busy first year! We'll see what's next for the best boy in hockey.

RELATED: Barclay is the Stanley pup and the best team dog

RELATED: Vote for Barclay as the best NHL team dog

RELATED: WATCH | See the Blues' puppy Barclay on the ice!

RELATED: Meet the Blues puppy Barclay and his adorable siblings

RELATED: The Blues' puppy has a name!