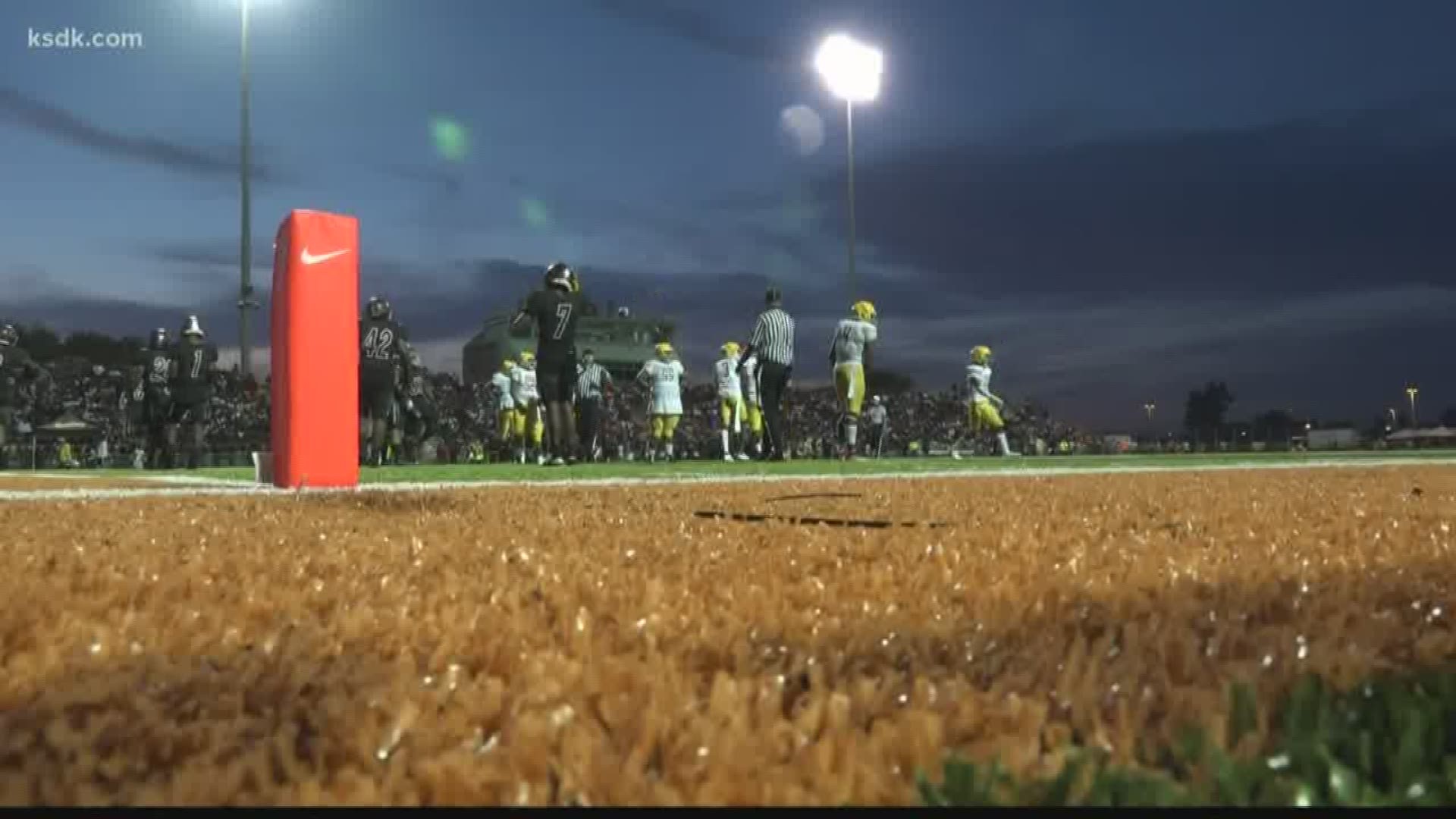 ST. LOUIS — All Missouri and Illinois high school sports have either been suspended or canceled for the 2020 spring season. For teams that have “suspended seasons,” this could be rather confusing as coaches and student athletes patiently wait until the first weeks of April to hear further.

But, what if it’s not just spring sports that are in question?

No official announcements have been made outside of what is already public knowledge in terms of a time table for school districts and athletic programs.

But it is clear that many fall sports teams will need to alter their usual pre-season training plans.

Reed and the Lutheran North Crusaders won a state championship title in 2019, and it wasn’t the first season they’ve experienced an immense amount of success on the football field. Lutheran North is known for its strenuous off-season preparation, which has caused Reed to start shifting plans.

“When we got the word that school was gonna be extended off until April 6, you kinda start trying to make plans,” Reed said. “And what you have to do to keep the kids working, and keep them active. But right now, it kind of seems the best thing is for everybody to stay home and kind of stay to their selves.” 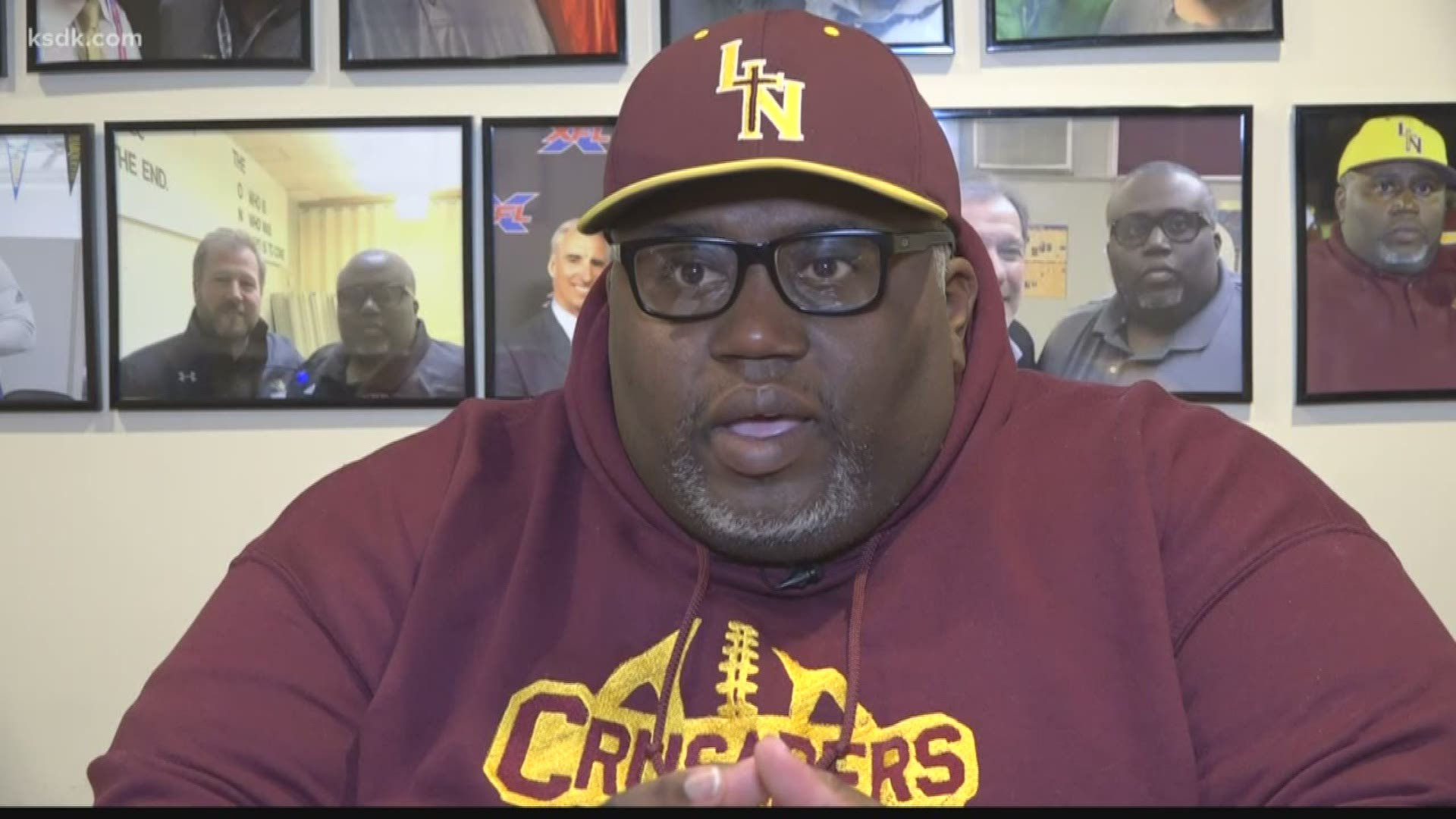 Usually at this point in the year, Reed has his team in a spring training program to prepare them for fall practices.

In fact, the Crusaders football team typically never has time off where they aren’t somehow preparing actively for the coming year.

Reed has made it clear to his players that health and safety is the main priority for the Lutheran North football program at this time. He had advised his team to stay home, and train at home.

Reed said he’s always focused on the students’ physical training leading up to the start of a new season, but right now, he’s been more concerned with his team’s academics.

“Well the big things is right with everybody going to online school,” Reed said. “Telling them, ‘if you’re taking online school, you have to realize that you’re not on vacation from school. You have to stay on top of that.’ And the main thing that we keep telling them is that we want them to re-energize, re-calibrate, reorganize, and refocus.”

Reed is not only having to make new arrangements for his players during this time, but with his coaching staff as well.

“We lost Kyle Wagner,” Reed said. “Kyle has been with me several years. All the way back to when I was the head coach at U-City. He got a great opportunity to be the head coach at Ritenour High School, and I think he’s gonna do great there for that school, that community, and that program. And so, in replacing him, I hired Dwayne Kirksey who was a longtime assistant at Webster Groves. He was a high school teammate of mine at Hazelwood Central. He’ll take over as offensive coordinator and quarterback’s coach. And then we got a great addition in Chris Shannon, who was the offensive coordinator at Trinity on their state championship team. Another high school teammate of mine.”

Reed has been following CDC recommendations himself where he’s not leaving his home during this time, which has also shifted the way he interacts with his new coaching staff.

“It’s just communicating right now with technology, with FaceTime,” Reed said. “And those type of things. It’s kind of easier to get on the same page.”

For most high school seniors, the 2020 fall season could be the last time they step foot on a football field. It could also be their last shot at working towards an athletic scholarship. If the season isn’t played then everything could change quickly.

“Well it hurts them,” Reed said. “I mean, it hurts them from scholarship opportunities. It hurts them from being able to play on the team and compete. And it gives them nothing to do, which would be putting a lot of young people across the country in the situation where that time has to be filled with something. So, I would be concerned about that.”

Reed has had daily communication with his athletes that are on the roster this year, and with those who have graduated, but haven’t been able to begin playing with their news college or university teams.

His main priority is making sure his athletes are healthy and safe both physically and mentally during this time.

RELATED: 'This was our year' | Coronavirus cancellation ends Collinsville basketball's quest for greatness