“Right now I'm almost in tears because I was just telling him the other night just that I miss him so much, I’m ready to see him, hold him,” said Rhonda Golden 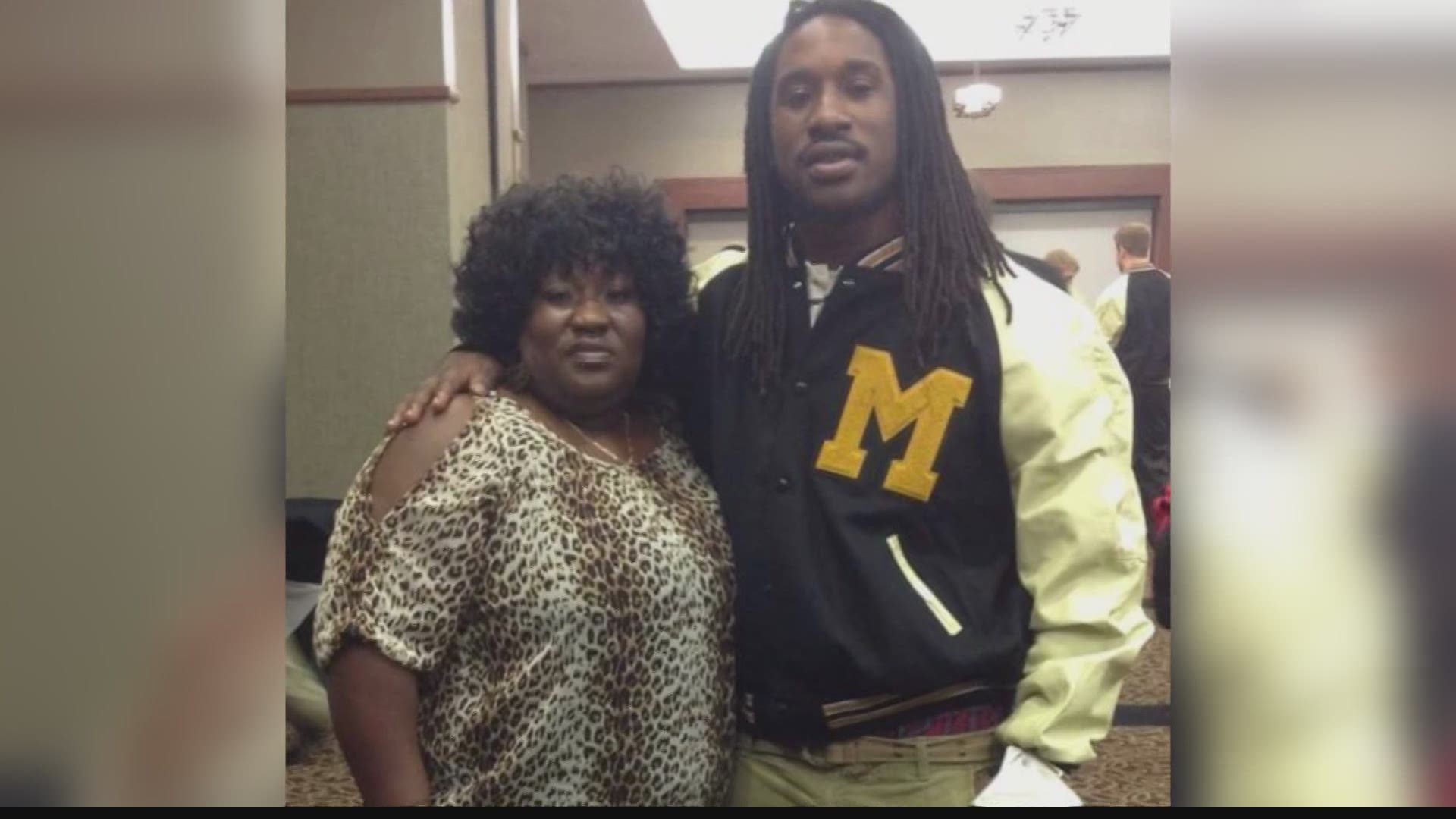 ST. LOUIS — Before Markus Golden was a top-ranked player in the National Football League, he was just a kid with big dreams from the Lou.

“It was like I learned a lot growing up on the south side of St. Louis,” Golden said with a smile.

But some days, the streets of St. Louis weren’t always the best teacher, someone else was.

On his journey towards the NFL, Markus said he’ll never forget where his best and most valuable lessons came from, his mother, Rhonda Golden. She’s the most memorable voice he’s always had and needed he said.

“I wouldn't even want to imagine what where I'd be without my mom,” he said.

RELATED: The safety measures shops are taking ahead of Mother's Day

Her encouraging words are ones he now shares with his son, Markus Golden Jr.

“He'd be 5 years old, looking up at me like, 'What's he talking about, man?'” Golden said laughing. “But I know he’ll understand it one day.”

Like many parents during this pandemic, Golden has been playing the role of dad/teacher, but some days are a lot crazier than others.

“Get to looking at your watch like when school gon’ start,” he jokingly said about having both of his kids at home.

With a 5-year-old and 2-year-old, there’s never a dull moment in the Golden household, just pure happiness.

“I love it, I love having my kids around,” said Golden.

The love his kids experience every day reminds him of the woman he loves so much because she loved him the same way.

5 On Your Side's Ahmad Hicks asked Golden what three words describe his mother best. His answer: “the greatest ever.”

So, while doing the Zoom interview, Hicks decided to sneak Rhonda Golden into their conversation; Markus was of course thrilled.

“You my GOAT [Greatest of all time],” said a mother happy to see her youngest son, who happened to admit he was a momma’s boy.

“Right now, I'm almost in tears because I was just telling him the other night just that I miss him so much. I’m ready to see him, hold him,” said Rhonda Golden.

Thousands of miles apart due to COVID-19, she can’t spend Mother’s Day with her son, but just seeing his face and hearing his voice, priceless.

“This is awesome, this is great. This is the best Mother’s Day by far,” said Rhonda Golden with a huge smile.

Also smiling, Markus said he is eager to get back home and share conversations over great food, but until then, this will do.

“Every time I continue to see or talk to that woman is a blessing, so I appreciate you for making it happen today, we appreciate it,” he said.

A Mother’s Day the two will never forget, yet a day they will always appreciate, together, no matter where they are.

READ ALSO: When Matt Carpenter's mom knew her son would be in the big leagues