Max Scherzer is epitome of efficiency in joining 3,000K club 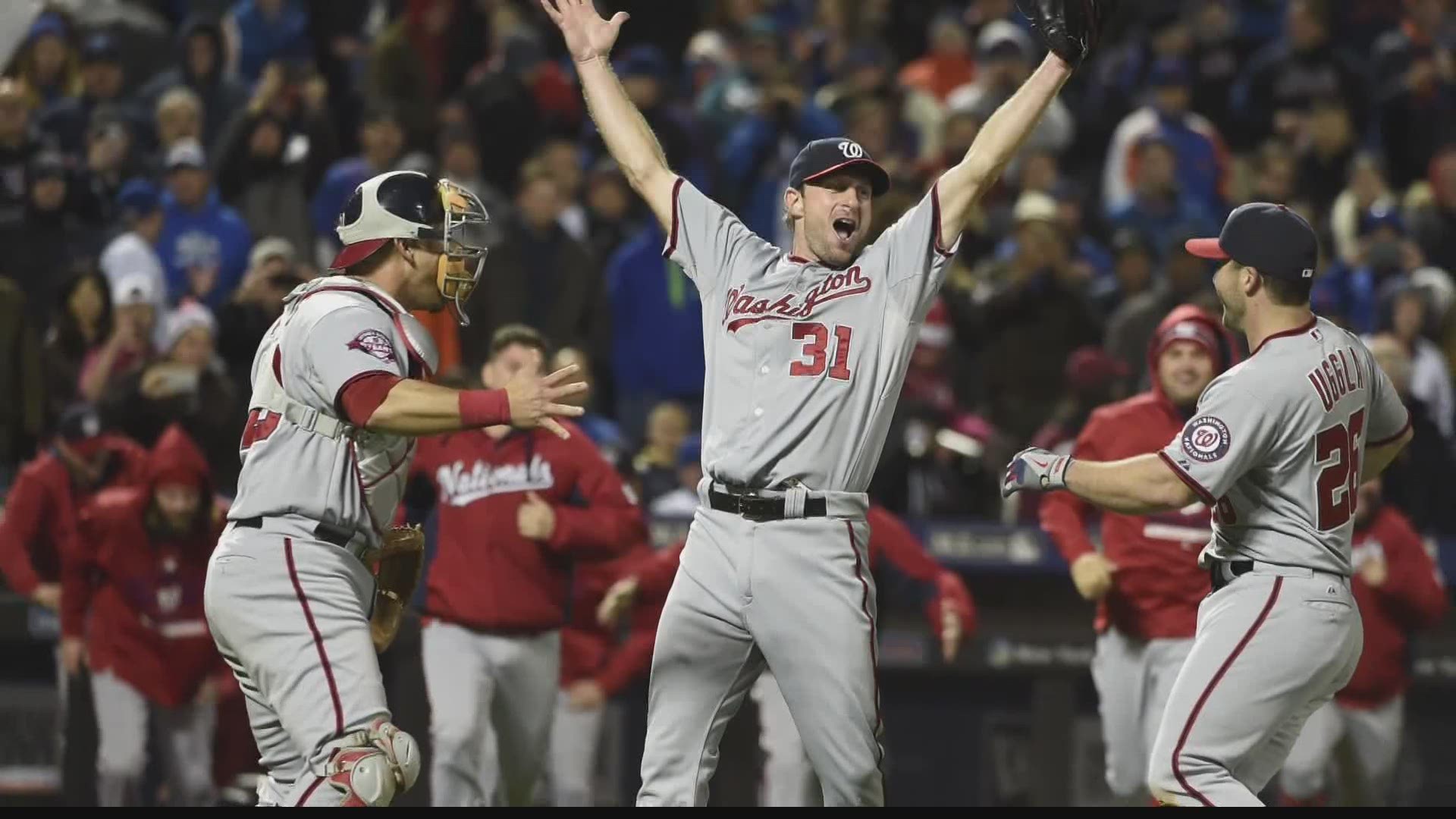 LOS ANGELES — As the standing ovation for his 3,000th career strikeout grew louder, Max Scherzer paused on the mound. He doffed his cap, tossed the souvenir ball toward the dugout, and immediately got back to work.

No time to waste when it’s September, your new team is in a playoff race, and there’s a job to finish.

Scherzer struck out Eric Hosmer in the fifth inning to reach the milestone in the Los Angeles Dodgers' 8-0 win over the San Diego Padres on Sunday.

On his way to becoming the 19th pitcher to join the 3,000-strikeout club, Scherzer came within five outs of the second perfect game in Dodgers history. He would have put his name next to Sandy Koufax, who achieved the feat on Sept. 9, 1965.

Scherzer did equal Koufax in one regard. He had an immaculate inning in the second, striking out the side on nine pitches. It was the third of his career, tying Koufax and Chris Sale as the only pitchers with that many.

“You want to go out and finish it,” he said. “That was pretty cool.”

At 37, Scherzer still possesses the velocity, pitch mix and competitive fire that has propelled his major league career. He touched the mid-90s against the Padres, throwing back-to-back fastballs to Trent Grisham that registered 97 and 98 mph in the fourth inning.

“I expect nothing less from him,” teammate Mookie Betts said.

The defending World Series champion Dodgers were already loaded with talent when they picked up Scherzer at the July trade deadline, along with his Washington teammate Trea Turner.

Led by 17-game winner Julio Urías, 14-game winner Walker Buehler and more recently Scherzer, pitching has carried the offense-starved Dodgers for much of the season despite injuries that have led to numerous bullpen games.

Clayton Kershaw, a three-time Cy Young Award winner like Scherzer, returns to the rotation on Monday. He's been out over two months with left forearm inflammation.

David Price, the AL Cy Young Award winner in 2012, is returning to the bullpen after being pressed into service as a starter during the injuries that included losing Dustin May for the season and Tony Gonsolin for several weeks.

Another of the Dodgers' big acquisitions didn't work out at all.

A day before Kershaw went down on July 3, Trevor Bauer was placed on paid administrative leave by Major League Baseball and the players' association. A San Diego woman said the pitcher choked her into unconsciousness and punched her repeatedly during two sexual encounters earlier this year. Bauer's representatives have said what occurred was consensual. MLB and the union last week extended his leave through the end of the World Series in November.

Scherzer's impressive run in his first eight games with the Dodgers has helped return the focus to the field.

He has tossed 29 2/3 innings without allowing an earned run and is 6-0 with an 0.88 ERA, the lowest for a pitcher in his first eight starts with a team since the statistic became officials in baseball in 1913. Overall, Scherzer has won 10 in a row — not having lost since May 30 at Milwaukee — and is 14-4 on the season. His 2.17 ERA leads the majors and he has 218 strikeouts in 27 starts.

“I can’t imagine it being any better than this, especially where we are in the season,” manager Dave Roberts said.

Where the Dodgers are is 2 1/2 games behind NL West-leading San Francisco with 18 games remaining in pursuit of a ninth straight division title.

Scherzer has avoided major injuries during his 14-year career, which has allowed him to pile up big numbers. He had six straight seasons of 200-plus innings pitched from 2013-18 with Detroit and Washington. He made at least 30 starts in 10 consecutive seasons ending in 2018.

“I’m a big believer in the best ability is availability,” Roberts said. “There’s a lot of guys who are talented who can’t stand the test of time. Guys can go out there and have a couple great seasons, but to do that year after year when guys are gunning for you, that’s tough to do.”

Scherzer credits pitching coach Mark Prior and catchers Will Smith and Austin Barnes for his immediate success in Los Angeles.

“They understand how I like to sequence and throw different pitches in different counts,” he said.

Scherzer won a World Series with the Nationals in 2019. He's an eight-time All-Star and is in contention, along with Urías and Buehler, to add a fourth Cy Young to his résumé.

“Hopefully, I go out there and keep pitching,” he said, “and keep dreaming up more things to do.”