The St. Louis native was already the most intimidating pitcher in baseball, but Wednesday night took it to another level. 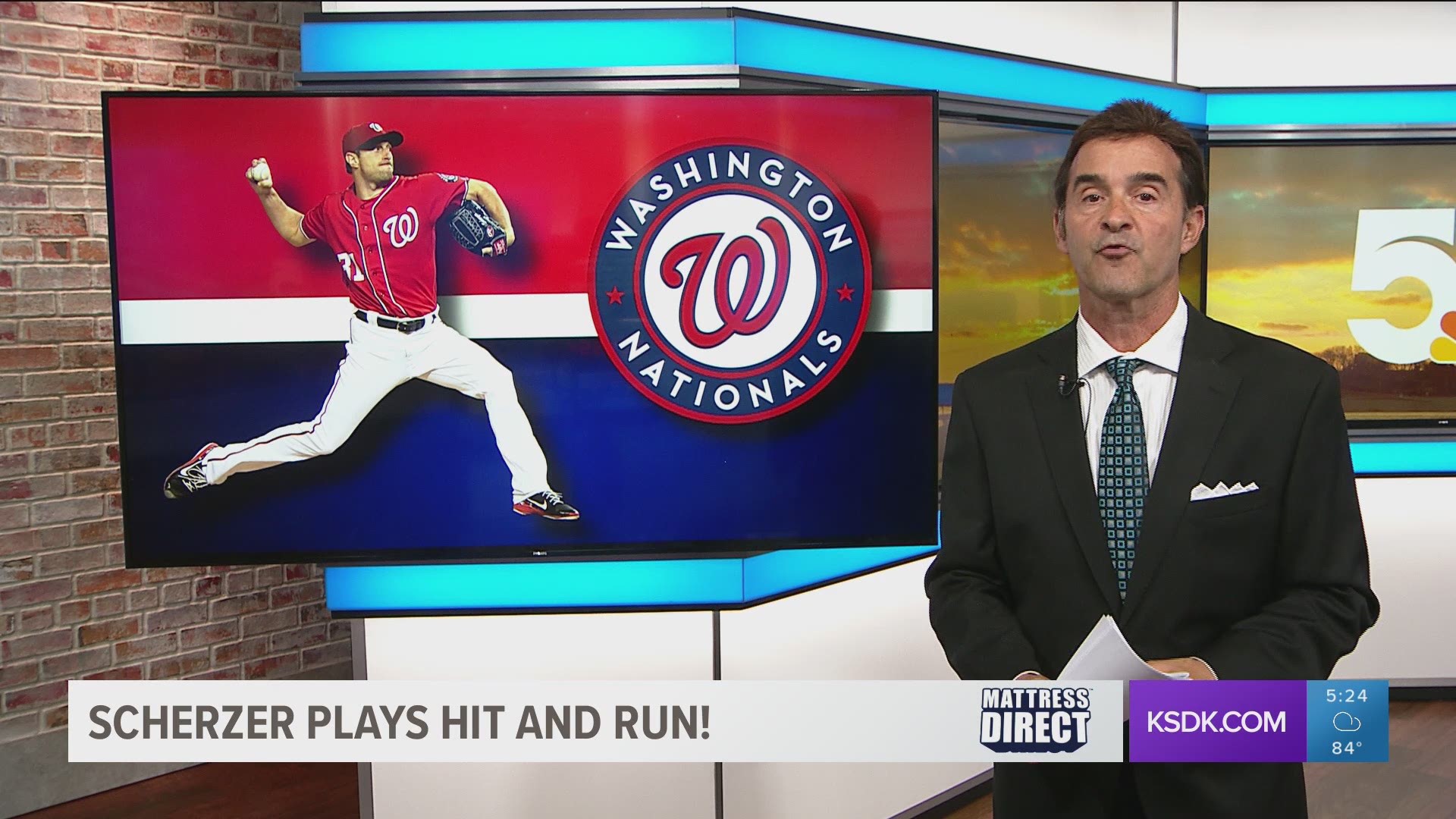 Nothing Nationals pitcher Max Scherzer does anymore should really surprise anyone.

The guy is borderline superhuman.

On Wednesday, he added another story to his growing legend.

On Tuesday, the Nationals' ace reportedly broke his nose during bunting practice, after a ball came up and hit him in the face.

True to his bulldog form, there was no chance Scherzer was missing his next start.

He took the mound on Wednesday against the Philadelphia Phillies, broken nose, black eye and all. As if it were possible for "Mad Max" to get any more intimidating.

People online were even joking that Scherzer, who has heterochromia iridum, causing him to have one brown eye and one blue eye, now has three eye colors because of the shiner.

And Scherzer didn't just make his scheduled start against the Phillies, he dominated them.

He made some history with the start, too, joining a pretty exclusive list.

The legend of Max Scherzer continues to grow.

Right now that legend is trending towards eventual enshrinement in Cooperstown.

RELATED: Goldschmidt's bat wakes up in the 11th

RELATED: Albert Pujols' return to St. Louis should be a celebration

RELATED: Opinion | With the Blues winning the Cup, the Cardinals are officially put on notice