Coach Brown -- known for his strict, no-nonsense approach -- said he saw an amazing group of kids who just needed a consistent male figure in their lives 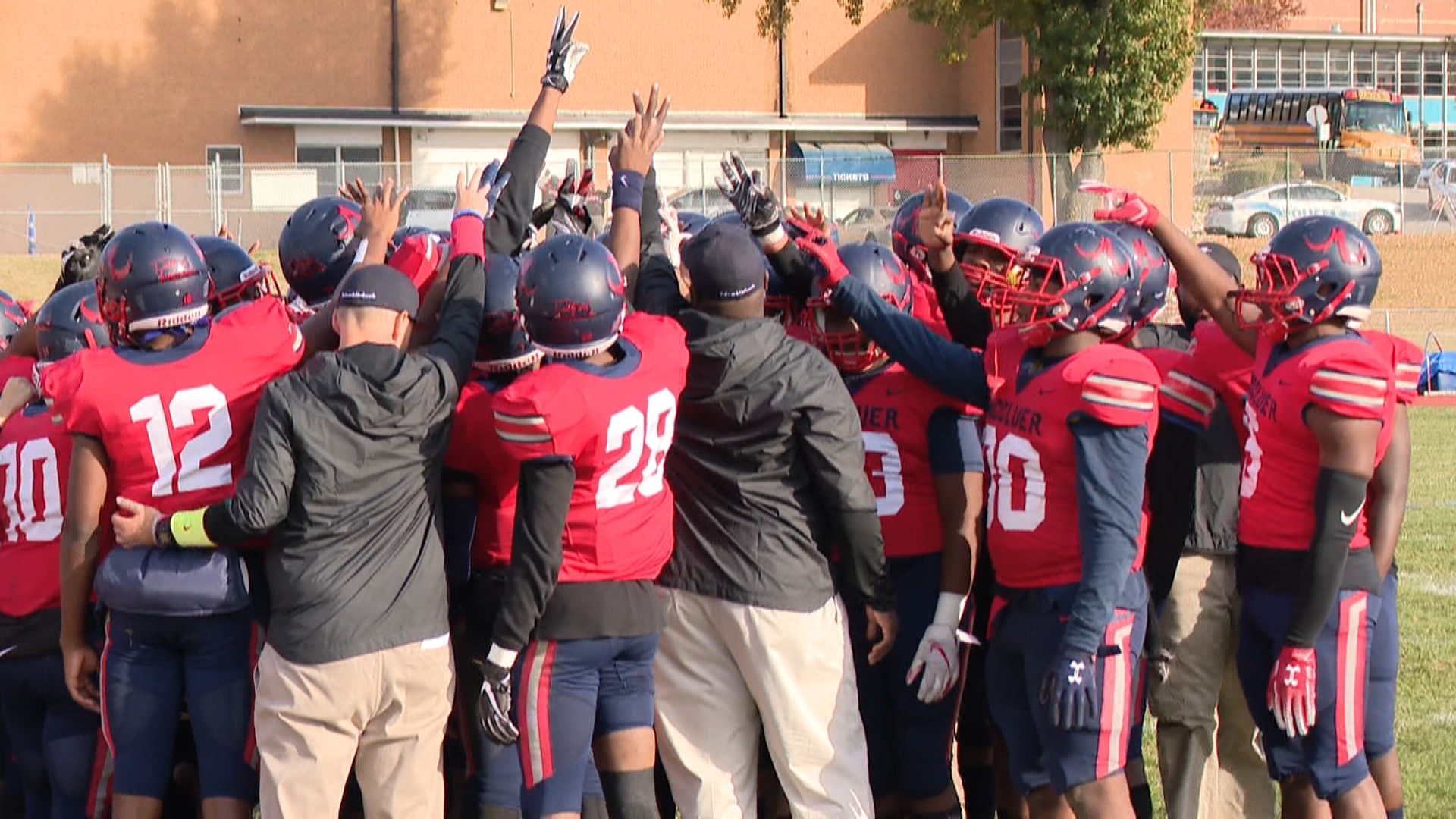 FLORISSANT, Mo. — From zero wins a year ago to nine this season, the McCluer Comets were determined to turn things around.

All it took it was the hiring of new head football coach Howard Brown, plus a little faith and hard work. But the real key to their success, said Brown, was discipline.

"We needed discipline and structure," agreed Deveion Cannon, a junior defensive back.

Brown came over to McCluer after the McCluer South-Berkeley team went under. Some would frown when asked to take over a team that had lost 16 straight games, but not Brown.

"I had one young man that asked 'what makes you different than anybody else?' I said 'you give me time, imma show you,'" Brown said.

And it started from day one. Both Smith and Cannon said Brown meant business from the moment he stepped on campus -- but not just on the gridiron.

They learned how to become men and accountable students.

"Making sure we doing our best in class and here every day," Cannon said.

Brown also taught his players how to be comfortable around their peers and how to communicate with adults, Cannon said.

Coach Brown, known for his strict, no-nonsense approach, challenged his kids because he saw an amazing group of kids who just needed a consistent male figure in their lives. Smith said at first there was an adjustment phase, but it wasn't long after when the Comets trusted the process and saw the fruits of their labor. The team who had lost every game a season ago came minutes away from winning a district title.

While they didn't go on to win a state title, the Comets learned multiple life lessons. But none more important than this one, said Cannon:

"Have faith, no matter what -- having faith."

Brown made his kids a believer, and because they trusted him, they’ll always be winners to Brown.

"The guys will know that ' hey I love you. Win lose or draw, I'm going to be here, we not going anywhere,'" Brown said.

RELATED: Mason Rudolph to be fined, not suspended, for role in Browns-Steelers fight