The game was scheduled to take place on Saturday at 11 a.m. in Columbia 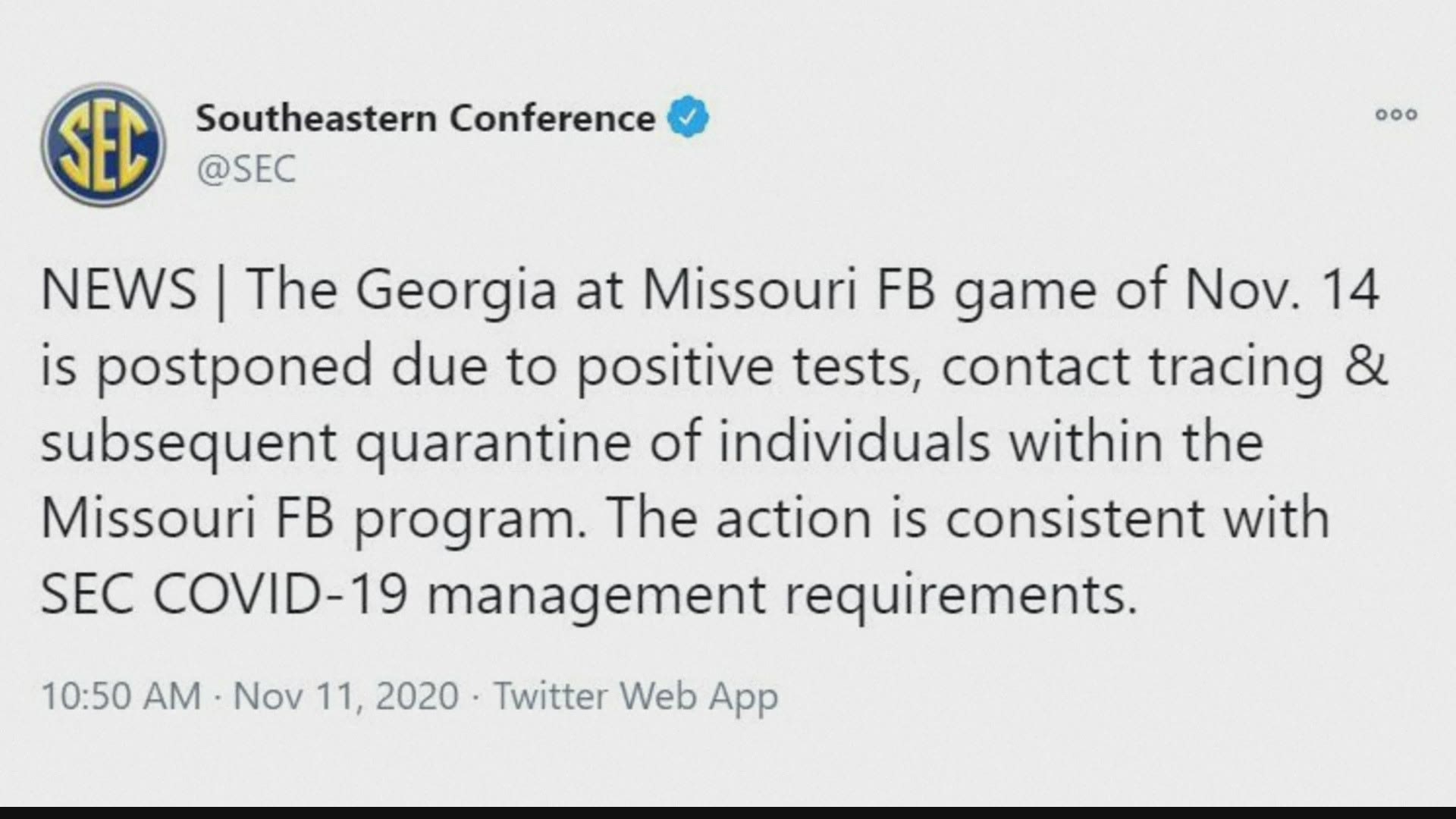 COLUMBIA, Mo. — The game between Mizzou and the University of Georgia that was scheduled for Saturday has been postponed due to COVID-19, the Southeastern Conference announced on Twitter Wednesday.

Minutes later, the University of Missouri released a statement, saying the postponement was a result of "positive tests, contact tracing, subsequent quarantining of individuals within one position group of the Tigers' football program.

The game was scheduled to take place at 11 a.m. in Columbia.

Mizzou has a game tentatively scheduled for Dec. 12 against Vanderbilt so the "opportunity to reschedule the Georgia at Missouri game will need to be evaluated," the statement said.

The Mizzou-Georgia game was the fourth SEC game postponed this week.

Earlier this week, No. 24 Auburn at Mississippi State; No. 1 Alabama at LSU; and No. 5 Texas A&M at Tennessee were all forced to reschedule. Georgia and Missouri share no open dates the rest of the way, but could be made up on Dec. 19, which is the day of the SEC title game.

The conference has said it is considering using Dec. 19 as a make-up date for teams that are not involved in the league championship game, but that has not been finalized.

Six games across major college football have been postponed so far this week. Memphis at Navy out of the American Athletic Conference and Louisiana-Monroe at Arkansas State in the Sun Belt were also postponed Tuesday.

Overall, 54 games involving FBS teams have been canceled or postponed since Aug. 26.

NEWS | The Georgia at Missouri FB game of Nov. 14 is postponed due to positive tests, contact tracing & subsequent quarantine of individuals within the Missouri FB program. The action is consistent with SEC COVID-19 management requirements.