Mizzou football joins together for peaceful protest, then marches to courthouse to register to vote 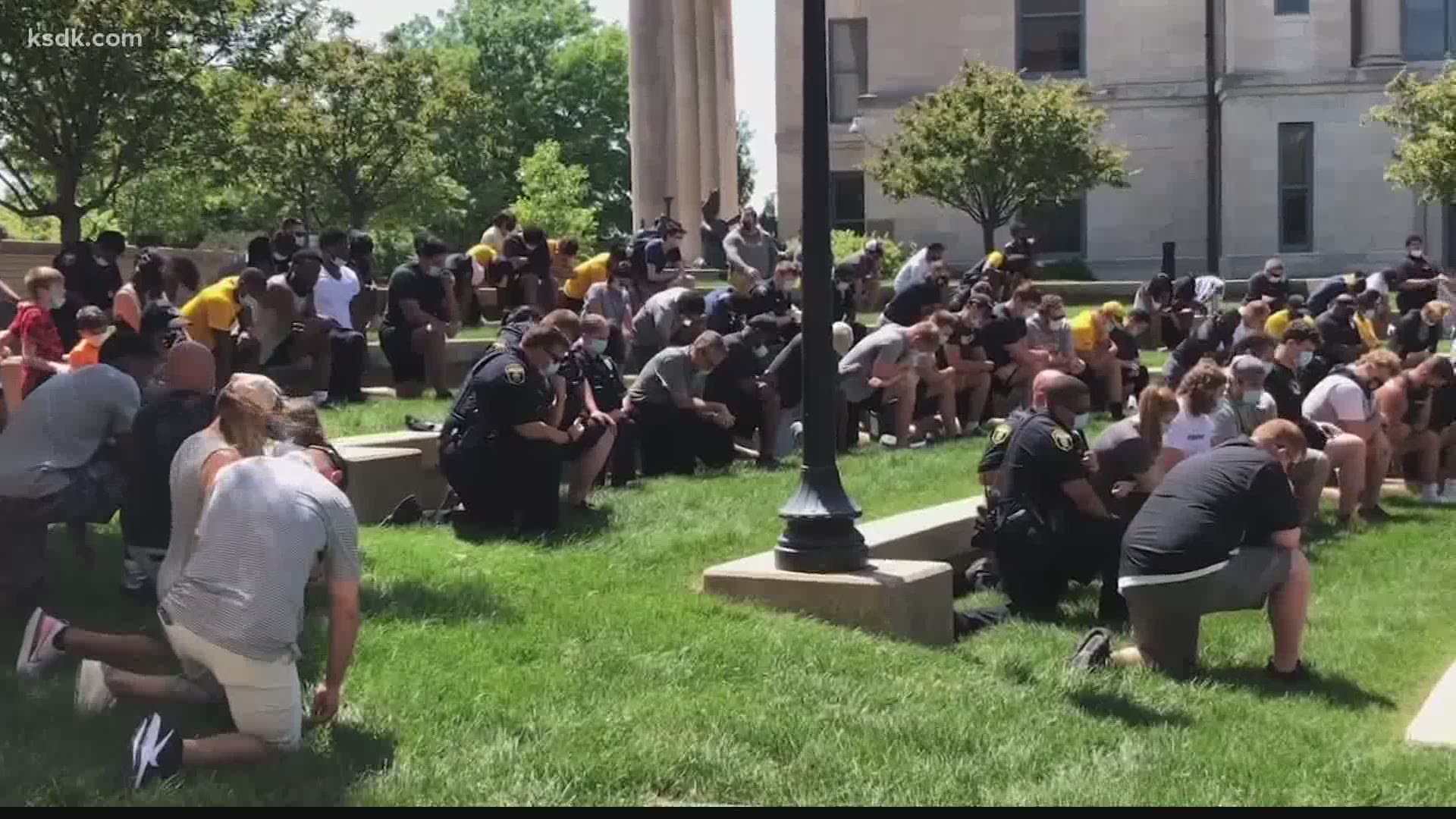 ST. LOUIS — Athletes and sports organizations have some of the biggest platforms in the world. Often, they are used to unite a community and fan base. But what Mizzou head football coach, Eliah Drinkwitz, said Thursday afternoon may ruffle some feathers.

“What happened to George Floyd was wrong and we stand against that and we fight for justice,” Drinkwitz said.

In a time where the narrative is often forgotten, and the message goes unheard. Drinkwitz and his team is doing more than just talking.

“I think part of the problem and part of the issue is right now is that we’re losing focus on what we’re trying to accomplish,” Drinkwitz said.

So making sure their message was loud and clear Wednesday, around 60 Mizzou football players, coaches and even law enforcement officials got together to march for one common goal.

“It was wrong, and it’s time as a nation to call out right vs. wrong,” Drinkwitz said.

But it was what the Tigers did following peaceful protest that addressed the bigger topic, what’s next after you speak up about the problems in America.

“Just trying to make change, trying to put into action what we talked about,” Bolton said. “Posting on Twitter isn’t going to change the world, so just acting out everyday, just coming together as a team as a unit.”

The Tigers marched to a local courthouse where every player registered to vote, which Drinkwitz said is just the beginning of the team's goal to bring awareness to these issues and one day hopefully spark some change.

“It was about taking our words and our statement and applying action, and that is integrity,” Drinkwitz said.

Nick Bolton, an African American linebacker for Mizzou says he has younger siblings, which meant he needs to help improve their lives moving forward.

“I know one day they’re going to be young men, around 18 or 20, I want them to feel safe wherever they go," Bolton said.

Drinkwitz said the Tigers' long-term goal is to create a sustainable action that promotes change.

“I saw where George’s daughter was on I believe Stephen Jackson’s shoulder and she said 'Daddy changed the world', and he has," Drinkwitz said.