Mizzou returns to Arrowhead to face Arkansas in 2020

"Allowing our kids the opportunity to play in one of the NFL's great stadiums is very valuable for their overall student-athlete experience at Mizzou." 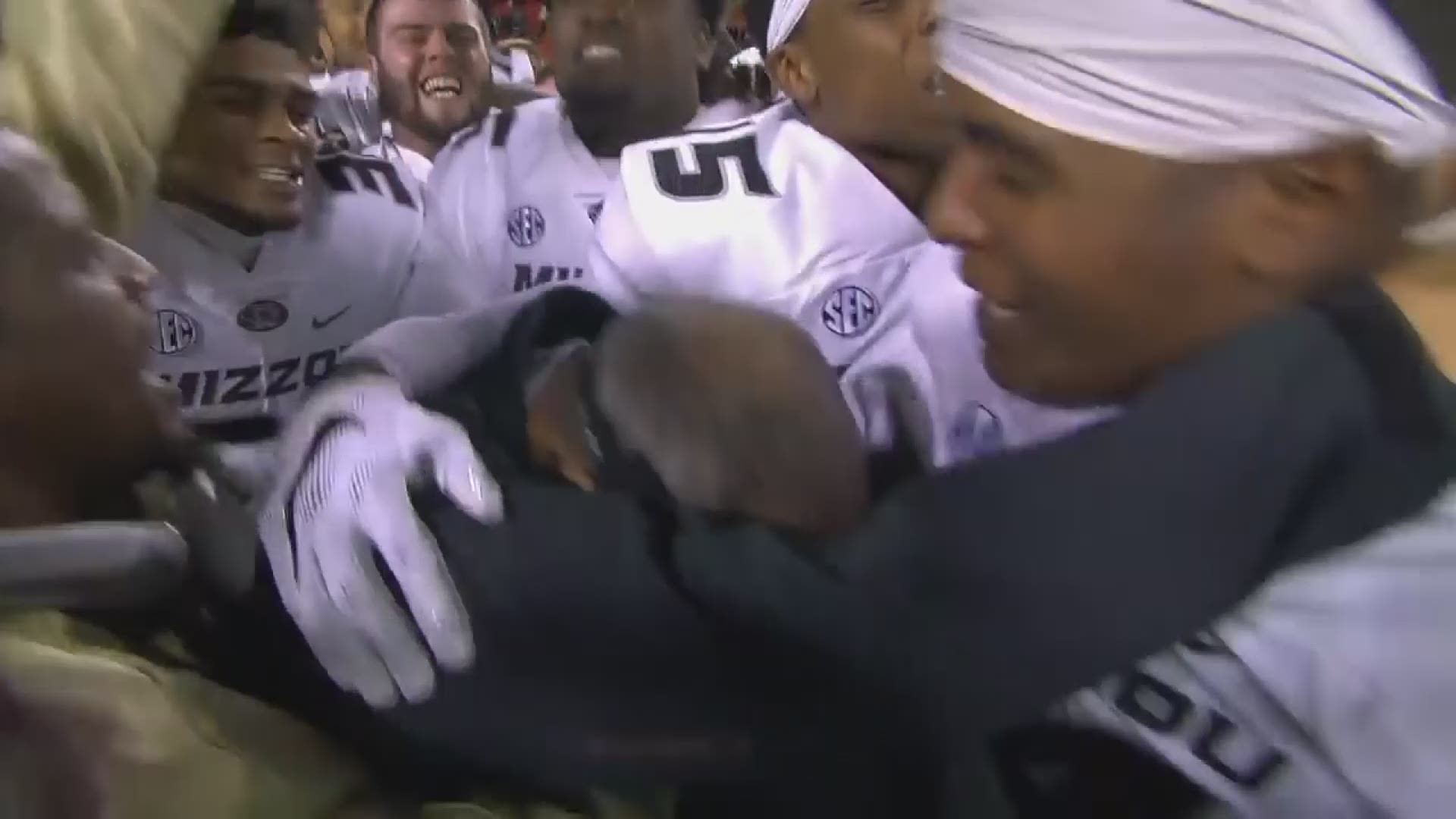 KANSAS CITY, Mo. — After five years, the Missouri Tigers and Kansas City Chiefs announced on Tuesday that Mizzou’s annual rivalry game against Arkansas will be played at Arrowhead Stadium on Nov. 28, 2020, the Saturday after Thanksgiving.

Head Coach Barry Odom said, "We appreciate the Kansas City Chiefs organization working with us to help bring Mizzou back to Kansas City and I know our fans will be excited to see us play in Arrowhead Stadium again."

The Tigers overall record at Arrowhead is 6-2 where they went 4-1 during a five-year stretch against Kansas at Arrowhead from 2007-11.

"Allowing our kids the opportunity to play in one of the NFL's great stadiums is very valuable for their overall student-athlete experience at Mizzou, and having the chance to showcase our program around the state is important to us," Odom said.

The Tigers first game is at Wyoming on Aug. 31 and their first home game is against West Virginia on Sept. 7.

For more information on their full season schedule, click here.

RELATED: Missouri and Illinois are reaping the benefits of the St. Louis pipeline