It was the first time this season Carpenter and Fowler have both had multi-hit games and an RBI in the same game. 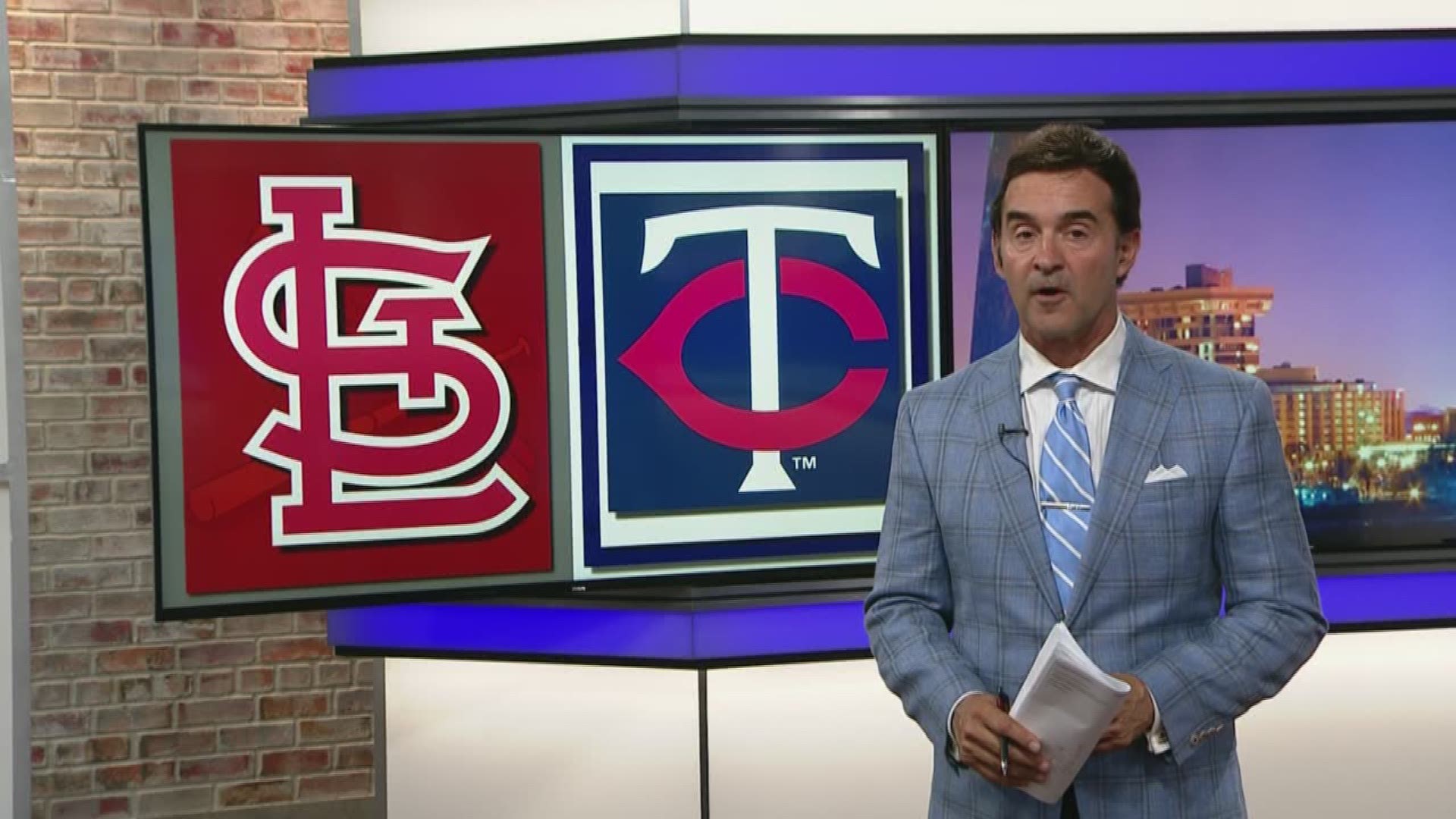 The Cardinals finally got the production they expected from Dexter Fowler and Matt Carpenter on Wednesday, even though it came from different spots in the lineup.

Carpenter, just 4-of-49 since April 21, was dropped to seventh for the first time since 2015 and responded with his first three-hit game of the season, including two doubles. Fowler, hitting fifth, had a two-run single in the first inning and was on base four times as the Cardinals escaped Minnesota with a victory thanks to a five-out save from Bud Norris.

It was the first time this season Carpenter and Fowler have both had multi-hit games and an RBI in the same game.

The Cardinals built a 7-3 lead before the Twins scored twice in the eighth inning, when they loaded the bases against Greg Holland, before Norris was able to get out of the jam.

At the plate: After getting a combined 8 hits in 85 at-bats in the first three games against the Twins this season, the Cardinals had a 13-hit game on Wednesday, including four doubles and Tommy Pham’s eighth home run …Fowler’s two-run single in the first matched the total number of runs the Cardinals had scored in the first inning in their previous 11 games … Fowler added another single in the ninth and also walked twice … Carpenter singled in the sixth, doubled in a run in the seventh off lefthander Zach Duke and then doubled again in the ninth … Fowler had just four hits in his last 52 at-bats coming into the game.

On the mound: Miles Mikolas had his first rough start of the season as he was pulled from the game after just 4 2/3 innings. He allowed seven hits and two walks but still held the Twins to just two runs … Matt Bowman gave up his fourth homer to a left-handed batter this season to Logan Morrison in the sixth … Jordan Hicks was credited with the win after pitching a scoreless seventh … Holland retired only one of five hitters he faced in the eighth and left with the bases loaded and one run in. A second run scored on a wild pitch from Norris before he got out of the inning, then worked a 1-2-3 ninth to improve to 9-for-9 in save situations this season.

Worth noting: Pham struck out in consecutive at-bats with a runner in scoring position, something he had not done in 21 at-bats this season with a runner on either second or third base … The Cardinals made another roster move before the game, putting Luke Gregerson on the disabled list because of an impingement in his right shoulder and recalling John Brebbia from Memphis, where he had been sent on Sunday … This was the first time in eight starts this season that Mikolas allowed a run in the first inning and also was the first time he failed to at least pitch into the sixth inning.

Looking ahead: The Cardinals return home for the next seven games, beginning Thursday night with the first of four games against the Phillies. Luke Weaver will get the start in the 6:15 p.m. game.