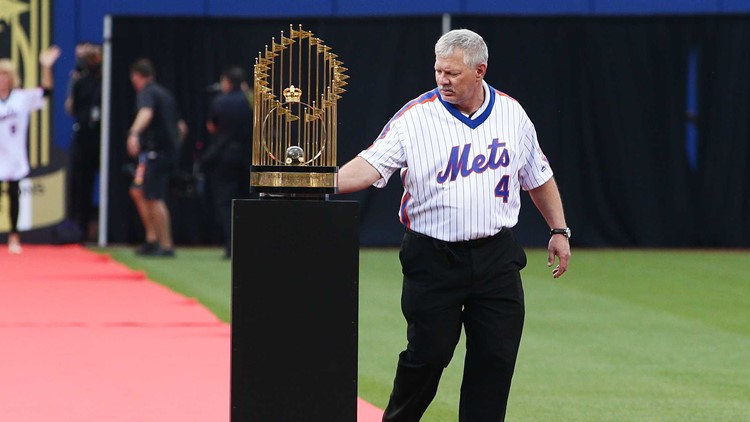 Dykstra, a three-time All-Star, played 12 seasons with the Philadelphia Phillies and New York Mets and was a member of the Mets’ 1986 championship team. He is slated to be arraigned on the indictment charges, but that court date has yet to be scheduled, according to the Union County Prosecutor's Office.

In August, Dykstra, through his attorney Michael Brucki, rejected a non-custodial probation plea offer on the terroristic threats charge. Brucki said Dykstra was maintaining his innocence.

But the judge also alerted Brucki and Dykstra to the Union County Prosecutor's Office escalating plea policy in which once Dykstra rejects the plea, it is off the table and will not be offered again.

On May 23, 2018, Dykstra, 55, of Linden, was arrested by Linden police in connection with allegedly threatening an Uber driver. Linden police were alerted to a vehicle that sped into the parking garage attached to police headquarters in the early morning hours of May 23. The driver repeatedly honked his horn before coming to an abrupt stop.

The Uber driver ran from the vehicle and told police he had picked up Dykstra in Linden for a scheduled fare before Dykstra apparently tried to change the destination. The driver refused to make the destination change.

Dykstra allegedly put a weapon to the driver's head and threatened to kill him, according to police. No weapon was found in Dykstra's possession. Both Dykstra and the Uber driver, Brian Lutty, 47, allege the other made him fear for his life.

If convicted, Dykstra could face up to 10 years in prison, in part because he has two prior convictions, including a federal conviction for fraud.