Nats Park is open again! | Here's what has changed and what you can expect at the stadium this season

It's been almost a year and a half since the last time the Nationals played in front of fans at Nats Park. Here's what you'll see at the stadium this season! 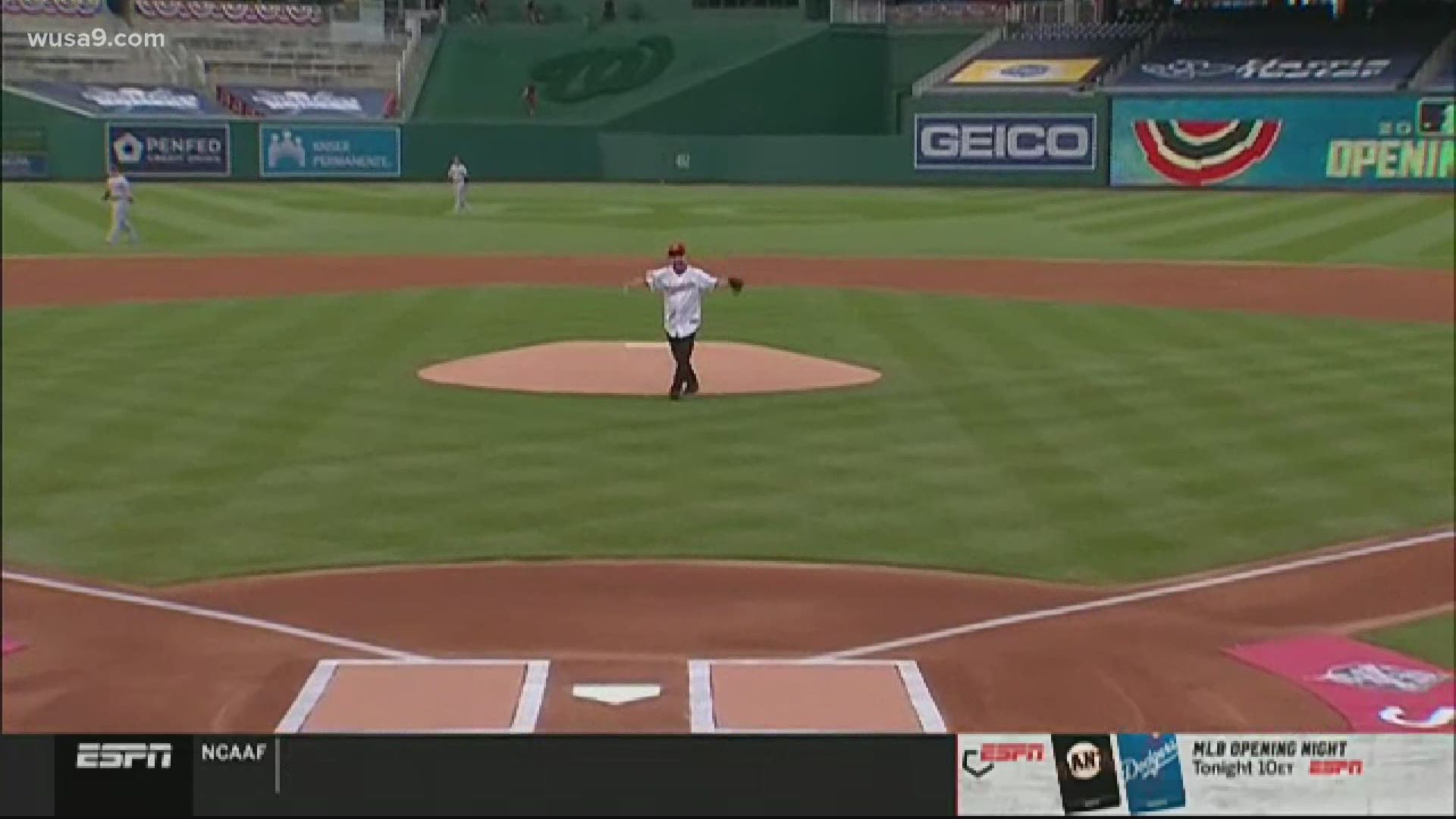 WASHINGTON — It’s been a minute since the last time fans were able to watch their Nationals play a home game, in person, at Nationals Park. The last time was Game 5 of the World Series on Oct. 27, 2019. Yea, when the Baby Shark song wasn't played out yet.

One year, four-months, and five days would pass until Washington D.C. Mayor Muriel Bowser announced that Nationals Park will be permitted to admit 5,000 fans for MLB Opening Day on April 1.

So what will be new at Nationals Park during the 2021 season?

Mobile ordering will be a great way for fans to keep socially distant at ballgames, and cut down on in-person contact.

The last time Nationals park even had fans in attendance was three days later on Oct. 30, during a World Series watch party. Since then, safety protocols and social distancing have gotten a lot stricter amid the COVID-19 pandemic.

The complete list of protocols at National Park, along with additional details and frequently asked questions, can be found here.

Here is a look at the promotional items and events happening at Nationals Park this season:

Beltway Series presented by Inova — The Washington Nationals will host their neighbors from the North in the annual Beltway Series against the Baltimore Orioles during a three-game series from Friday, May 21 through Sunday, May 23.

Military Branch Series — The Nationals will celebrate the U.S. Navy, Army, Marine Corps, Coast Guard, and Air Force with a pregame ceremony and the Salute to Service.

Equipment Drive — On Sunday, June 13 against the San Francisco Giants, the Nationals will host the annual Equipment Drive to encourage fans to donate their new and gently used baseball equipment. The event will be hosted in partnership with Leveling the Playing Field and donated equipment will benefit Rockville RBI, one of the Nationals Team UP leagues.

Kids Opening Day: On Sunday, April 18 against the Arizona Diamondbacks, the Nationals invite the team’s youngest fans to help kick off the 2021 season and celebrate Screech’s birthday!