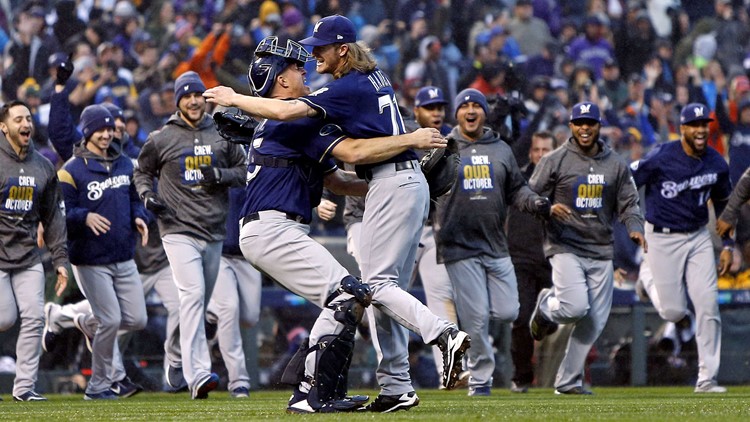 NFL certainly has its issues, but Major League Baseball is the one that’s truly suffering

WASHINGTON, D.C. — For many months now, we’ve been talking about the NFL as a sport in trouble: falling TV ratings, polarizing protests, Donald Trump’s nasty political diatribes, the terrible effects of concussions — in other words, nothing but controversy.

It turns out we’ve been focusing on the wrong sport. The NFL certainly has its issues, but Major League Baseball is the one that’s truly suffering. Attendance is dropping, TV ratings are adequate but nowhere near the NFL’s, the games are too long and extend too late into the evening and kids aren’t growing up to be baseball fans as they were a generation or two ago.

There’s no better example of baseball’s problems than what happened Monday night. Going head to head with a midseason NFL game, MLB gave it its best shot: Game 3 of the series to end all series, the Boston Red Sox-New York Yankees American League Division Series from Yankee Stadium, tied at one game apiece. The NFL offered Washington at New Orleans, with the added enticement of record-setting Saints quarterback Drew Brees. While that was intriguing, it had nowhere near the importance of the Red Sox-Yankees game.

So, the comparative ratings? The baseball game, which turned into a 16-1 Boston rout, attracted 4.41 million viewers. The football game, also a blowout, a 43-19 Saints victory notable for Brees’ all-time NFL passing yards record and nothing else, averaged 10.6 million viewers.

MLB’s masterpiece was pummeled by a run-of-the-mill NFL game.

With many wedded to their smartphones, there are questions about the value of TV ratings — although one would think that would even out between football and baseball fans on a night like that — so let’s look at things the old-fashioned way: who’s showing up.

That’s not good for MLB either. Attendance dropped by 4 percent this season, falling below 70 million for the first time since 2003. There was some terrible weather that led to a season total of 54 postponements, the most since 1989, but whatever you want to blame, going backward 15 years for an attendance comparison is not a good development for any sports league.

Then there’s the length of games. If your goal is to please graying seam-heads, a three-hour game isn’t just right, it’s probably too short.

But, if you want to have any fans in, say, 2058, the games are way too long. Today’s 10-year-old is 2058’s 50-year-old. He or she doesn’t have the time or the attention span to watch a full baseball game today. (Truth be told, I don’t either, and I know no one who does.) But if the 10-year-olds don’t become fans now, how do they become fans in 40 years, in what will presumably be an even faster-paced, more distracted society?

I think I have the answer to that: They won’t.

This is the point in the column where purists and others looking for a fight have a coronary and proclaim pieces such as this are a plot to overthrow the game. They couldn’t be more wrong. Baseball was the first sport I loved that loved me back. Before girls were allowed to play organized sports, baseball was there for me, every day and every night. When my parents gave me a baseball scorebook, I promptly kept score of an entire season of Toledo Mud Hens games by listening to the radio broadcast. My father took note of this development and bought us season tickets for years to come.

That wasn’t all. We drove an hour to Detroit to spend many summer nights at Tiger Stadium and went to Comiskey Park at least once every year when visiting relatives on Chicago’s South Side.

Soon, college football captured our hearts, but I never gave up on baseball, even when I started playing sports in high school and had much less time to go to games. By the way, that is a development that often gets short shrift when we talk about kids not attending pro sports: They’re too busy playing in their own games — not just the boys, but now, for a generation or two due to Title IX, the girls too.

While baseball’s future is iffy, its present still holds tantalizing possibilities. After four disappointing opening playoff series — let’s be honest, if you didn’t have a rooting interest, they were duds — the two championship series could be riveting.

Don’t blame MLB if it’s secretly cheering against the Astros and Brewers. If there’s anything that could give baseball the shot in the arm it needs, at least temporarily, it’s a Red Sox-Dodgers World Series.