Major League Baseball is set to propose a season that includes 50-ish games, a potential game-changer for labor talks between owners and players

Credit: AP
A concourse inside Busch Stadium, home of the St. Louis Cardinals baseball team, is seen through a locked gate Wednesday, March 25, 2020, in St. Louis. The start of the regular season, which was set to start on Thursday, is on hold indefinitely because of the coronavirus pandemic. (AP Photo/Jeff Roberson)
Author: Dan Buffa
Published: 7:25 PM CDT June 2, 2020

ST. LOUIS — Ladies and gentlemen who want baseball back this summer, prepare for some good news. Well, hopeful news is more like it.

According to Jeff Passan of ESPN, Major League Baseball is proposing a shorter season to accommodate all the connected parties. This is an arrangement that would allow owners to stay true to their March word of paying players a prorated portion of their salaries without taking a loss, at least according to their own projected numbers.

In essence, people get baseball and the owners/players get their financial peace with a 2020 season that was going to look different no matter what. This way, baseball doesn't just take place in 2020, but next season would happen without too much manipulation. Also, owners and players wouldn't be so far off in coming to a new agreement in the impending Collective Bargaining Agreement talks. Finding a peaceful end here will go a long way in that department.

How many games? Somewhere around 50. Imagine that for a second before you object. One long, extended playoff type round of baseball action before the real playoffs begin. Instead of trying to go for 80-100 games, teams would be able to get themselves prepped and set for two months worth of games.

Talk about wildly entertaining baseball. A shorter season full of thrilling finales that would all mean something in the moment. Throw in the DH and more doubleheaders, along with other small rule changes, and this could really be an intense watch. While I previously stood against too short of a season, this may be the only real way to appease both sides and get the games in this year.

Of course, safety protocols and standards will have to be met, but that was never the problem, unfortunately. Money division was and this is one way to get around that blockade.

The proposal will go to the Players Association, so we will have to see how they take it. But this may be the best owners are willing to do and if players want to play and get paid what was promised back in March, this is the way to do it. If they reject this, I would strongly discourage you from expecting baseball this year. The players could shoot for more games, but the end result would be baseball taking place this year.

This, folks, is a huge step in the right direction. The owners backing up their word and coming up with a plan that could make a commonly referred to as slow game turn into something exciting for everybody. 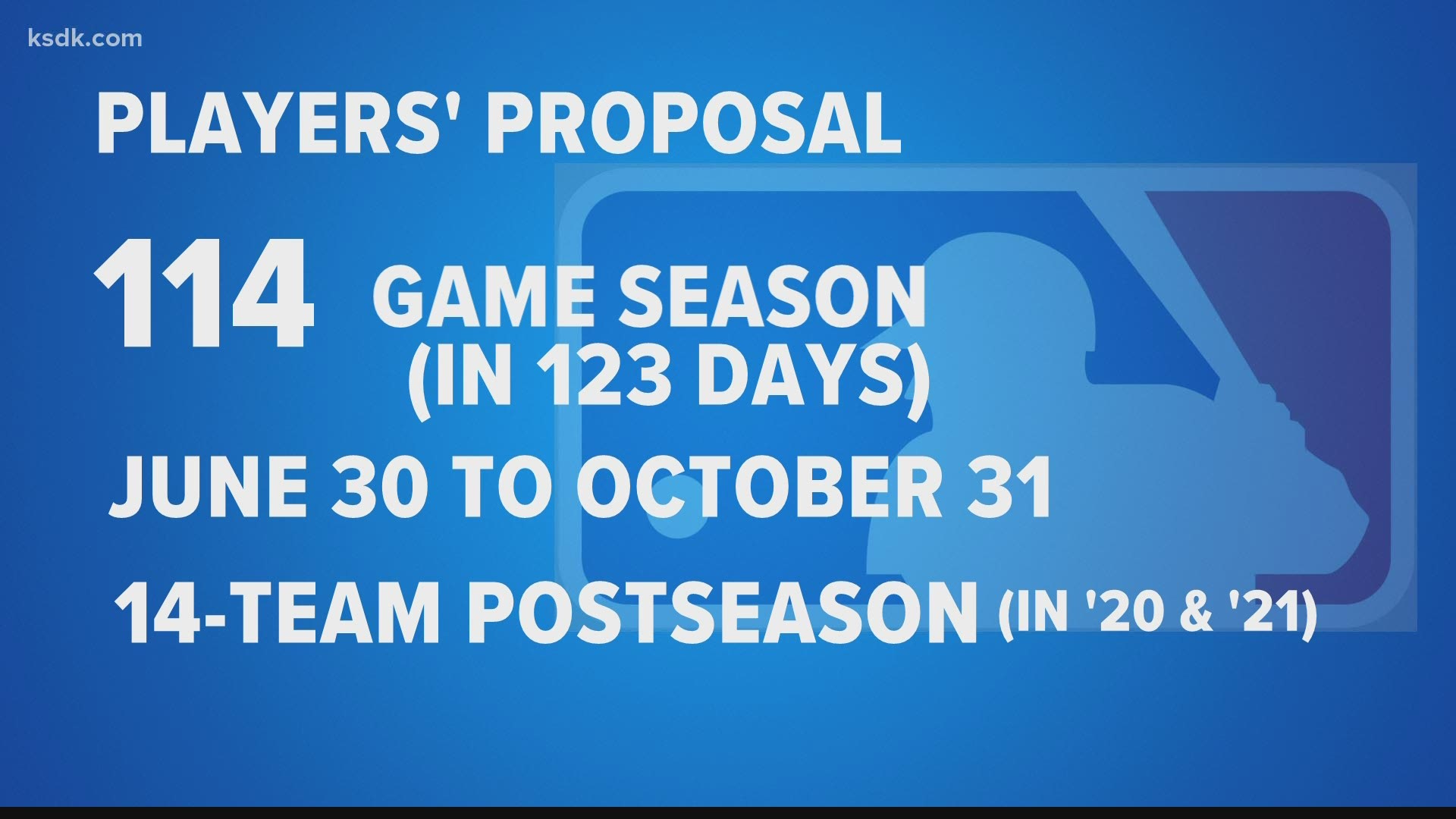 RELATED: Tudor, Herr and White selected for Cardinals Hall of Fame class of 2020

RELATED: Looking back on the criminally underrated career of Ken Boyer